In Japan, New Year’s is the most important holiday of all. Celebrating the Japanese New Year, or Oshōgatsu (お正月)  in Japanese, means spending time with family and loved ones while eating lots of food and praying for good fortune in the year to come. During the New Year’s holiday Japanese families gather and take part in a few different traditional and cultural activities.

Most people in Japan have a holiday from December 29th to January 3rd, which makes it a perfect time to visit family. During New Year’s it’s also common to do a yearly cleaning (お掃除, osōji) to purify the living space for the coming year. It is also the time for gift giving.

Read on to read all about Japanese New Year traditions! 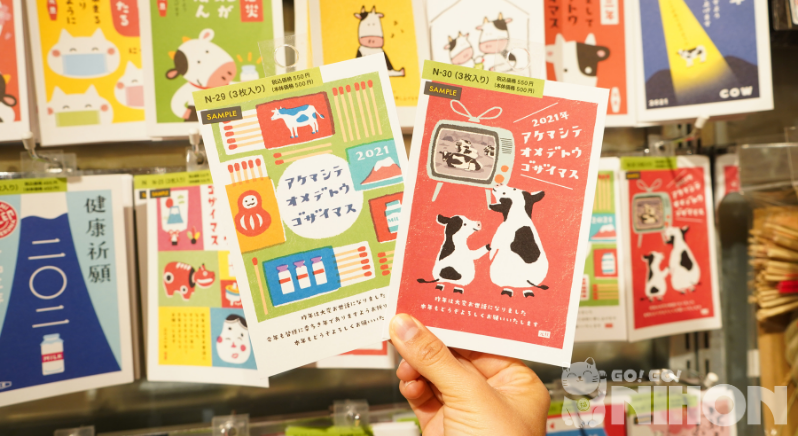 Sending New Year’s greetings to friends and family is an important part of the celebration of a coming year. Similar to the western custom of sending Christmas cards, receiving a New Year’s card on January 1st is very common in Japan. Often the nengajō greeting card depicts the Chinese zodiac sign of the New Year and the card usually includes a chance to win prizes in Japan Post‘s nation-wide lottery.

It is tradition for school children to receive money from their older relatives during New Year’s. The amount depends on the child’s age but usually varies between 2,000 and 10,000 yen. The yen bills are placed in a special decorated envelope called pochibukuro (ポチ袋). During the end of each year and the first days in the new year, Japanese people eat traditional foods called osechi-ryōri (おせち料理). These dishes are usually served in a 3-4 layer bentō box (重箱, jūbako). Each dish and ingredient in the box represents a wish for the new year. Osechi-ryōri is shared, meaning that everyone eats from the same jūbako.

Traditionally the first 3 days of the New Year were sacred and you were not supposed to cook or use a hearth during this period. The osechi is usually made in advance to last for a few days. It’s common to order the traditional New Year’s food from restaurants and department stores.

On New Year’s Eve (大晦日, ōmisoka) it’s tradition to eat year-end (年越し, toshikoshi) soba noodles. Served in a hot broth, these buckwheat noodles are thin and long. They represent the long and healthy life one wishes for. The soba noodles are quite firm and easy to break off while eating. This symbolises breaking off the old year. Toshikoshi soba can be found everywhere, even in convenience stores. There are an array of recipes and toppings used and most families have their own specialities.

Sticky rice cake (餅, mochi) is another special holiday food. During the New Year’s holidays, it’s tradition to make mochi by hand. However, it can also be bought ready-made. New Year’s mochi is made into a decoration called kagami mochi (鏡餅), which consists of two big round mochi cakes with a Japanese daidai citrus on top. Nowadays the daidai is usually substituted with a mikan, which is a more common citrus.

Every year on January 2 the Japanese Emperor makes his public appearance at the Tokyo Imperial Palace. The Emperor, Empress and the rest of the Imperial Family receive New Year Greetings from the people. The Emperor also addresses the people. It’s one of only two occasions when the palace inner grounds are opened to the public (the other time being on the birthday of the Emperor).

On January 1st, 2nd or 3rd it is custom to make the first shrine visit of the year. This is a shinto tradition, but many people visit a Buddhist temple instead. Many Japanese go to a shrine at midnight to celebrate the turning of the year. At the stroke of midnight a large temple bell is rung 108 times and the grounds (of both shrines and temples) are packed with visitors. The most popular shrines and temples usually get around 1 million visitors during the first days of the New Year.

New Year’s prayers are made at the shrine and last year’s lucky charms (お守り, omamori) are returned while new ones, for a lucky New Year, are purchased. Hatsumōde is a custom rooted in Japanese culture for centuries and most places of worship participate. Also, it’s one of the most important New Year’s traditions, which most Japanese participate in.

The first sunrise of the year is called hatsuhinode, which literally means “first sunrise”. It represents renewal and hope for the New Year. Many Japanese leave their homes to view the first sunrise atop a mountain, hill or at the beach and offer a prayer to the rising sun. To experience hatsuhinode at Mount Fuji is considered to be extra special.

The start of the New Year means that shops all around Japan offer “lucky bags”. This tradition began as a way to get rid of leftover products. But now many places offer special items just for lucky bags. For a set price you get a bag full of different things, often for a fraction of the retail value. The bags can include discounts on apparel, jewellery, electronics, entertainment, coffee, sweets and more. Every year the queues are long and the lucky bags usually disappear quite quickly.

Finally, it wouldn’t be New Year’s without the greeting! In Japanese, there are two distinct ways to give New Year’s greetings.

Before December 31, you say:

To be polite, you say:

This means “please have a good year”.

Once the New Year has started, you say:

There is a lot to do and experience during the New Year’s holiday in Japan. But since it’s the most important holiday in Japan many tourist attractions, shops and restaurants close during this time. So be sure to plan your visit accordingly and don’t forget to enjoy the holiday season!

Tags: society, things to do, tradition

2451
Study Trips Accommodations Advertise with us