Japan’s new era has begun and it’s called Reiwa (令和). It technically began back on the 1st May when Emperor Akihito abdicated the throne and his son Naruhito ascended it and this means there is a transition from the previous Heisei era. This can all be somewhat confusing if you’re not familiar with the Japanese system so let’s explore what this all means.

What exactly is an era?

An era in Japan corresponds to the reigning emperor and the time that they are on the throne. It’s commonly used to help give an overarching understanding of the impact of a period of reign and is referred to when discussing historical events. It is an exceptionally long tradition dating back to and there have been 248 eras over this time.

In Japan, it can get confusing with dates. This is due to the Japanese government essentially running two calendars. The era calendar, starting when the new emperor ascends the throne and the other calendar is the Gregorian calendar. For the most part, you won’t have to navigate this too much but may find that you come across this at the ward office every so often.

Where does the name Reiwa come from?

Each era has a name or Gengo (元号). The name Reiwa was chosen as a combination of 令 and 和 each character has a variety of interpretations but the choice of Rei and Wa in this context is read as meaning beautiful harmony. This reading was selected with the view that they would represent positivity through Emperor Naruhito’s reign. At the time of selection, there was some controversy of the choice of characters as 令 can be read as command or dictation but as all good Japanese students will understand, context is everything with the Japanese language.

The selection of the name of Japan’s new era is important because the intended meaning is intended to define the nature of the era above most other considerations. This is why a team of nine experts from Nobel prize winners to screenwriters and company heads. This particular choice of name is significant in other ways too. For instance, the name normally comes from a historical Chinese text whereas this is the first to be selected from a Japanese one. It comes from a 7th-century collection of Japanese poetry about the poetic beauty of spring. 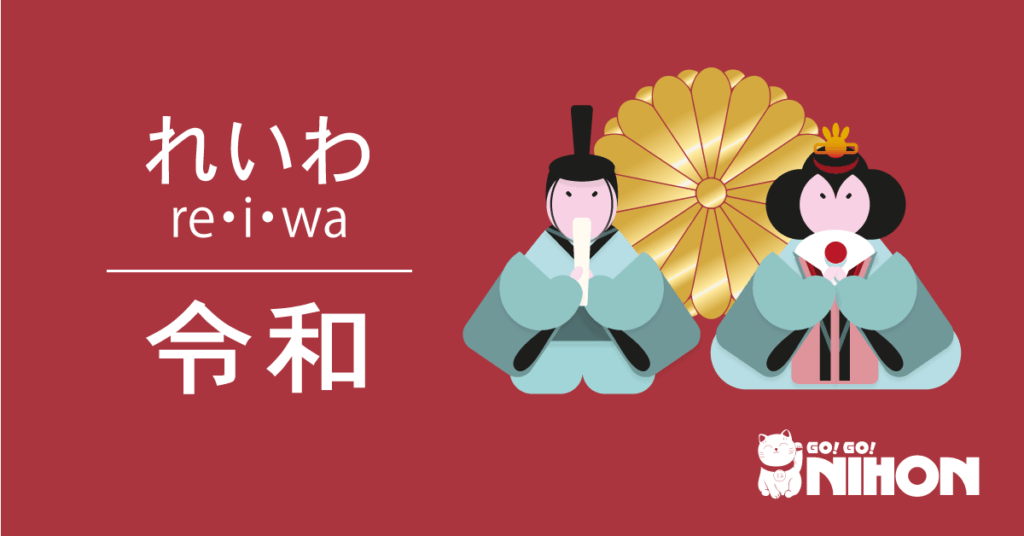 What can we expect?

As mentioned previously, the name looks to signify the aims of the emperor in this coming era but from a practical point of view, there is not much more.

Japan’s new era holds particular significance for many as it is under somewhat unusual circumstances that it started. Emperor Akihito abdicating the throne is highly unusual and he is the first emperor to do so in nearly 200 years, but to many, this makes a lot of sense for the current time. Previously the end of an era would be signified by the death of the previous emperor. However, nowadays with the less active and more ceremonial role the emperor holds, and given the excellent health and life expectancy of the Japanese people, emperor Akihito lived much longer than most may have expected him to had he been living in a time when the role was more active in a traditional sense. That’s not to say his reign hasn’t been thoroughly active with a whole host of more modern activities, events, and duties for him to undertake.

The role between the emperor and the ruling government nowadays is predominantly a formality and will have little impact in other areas of life. It will be used on official documents, coins, and calendars but not in many other areas. That’s not to say that the intended sentiment behind the name shouldn’t be invested in by the national populous particularly with the Olympics held in Japan next year, a time when we should all be coming together to welcome the rest of the world into Japan’s new era.

2182
Study Trips Accommodations Advertise with us