It’s true! You already know some Japanese even if you’ve never studied the language before. From emojis to zen, Japanese culture is a global influence that is a part of daily life everywhere. You might be surprised at how many Japanese loanwords already exist in English. This list of 13 words below is just a small sampling – read on to find out which Japanese words you already know!

Karaoke (カラオケ) is a term that originated in the 1970s. It directly translates to “empty orchestra,” music without the main vocal melody. This is a hugely popular pastime all over Asia and Japan is no exception. Drummer Inoue Daisuke (井上 大佑) coined the term after creating a device to let his clients sing without live music – the very first karaoke machine. 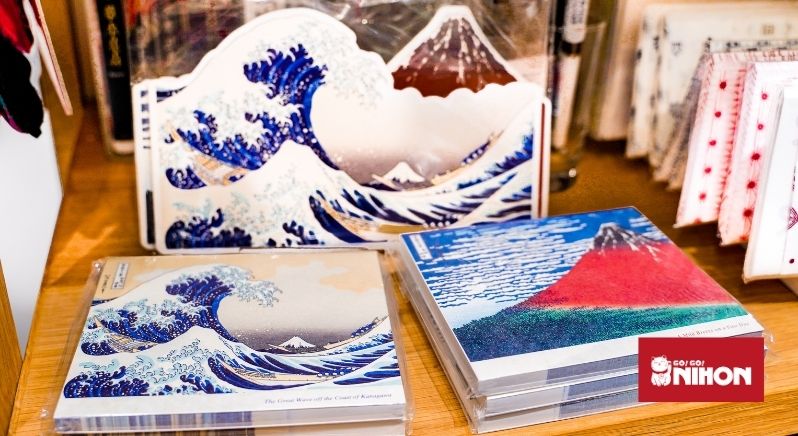 The common Japanese loanword Tsunami (津波) is what pretty much everybody calls massive ocean waves during a natural disaster. But, the word is technically wrong in both English and Japanese. In English, the word spread around 1896 when a massive earthquake wave struck the coast of Japan. There was no word in English for this phenomenon so the word was borrowed. In Japanese it’s not quite right either though! Tsunami translates to “harbor wave,” a place where these waves never start.

Today, typhoon (台風) is accepted everywhere as a Japanese loanword in English, but how it earned that place is unclear to historians. Etymologists agree that the word originates from the similar dàfēng (大風), meaning big wind in Chinese. Mentions of the word also appear as far back as 1560 in a Portuguese text. Whether the mystery ever gets solved or not, add this one to this list of Japanese loanwords you already know! When words just won’t do, you can always count on the faithful emoji (絵文字) to get the message across. Most people think “emo” is short for “emotion.” But, the first character e (絵) actually just means picture, while “moji” means character. This mistake gives this Japanese loanword an English feeling but Japan is the emoji capital of the world. It can’t be overstated how often emojis are used in Japan. You’ll find thousands of designs available to have fun with on popular messaging apps.

Origami (折り紙), the art of paper folding, is as direct as it gets among Japanese loanwords. Ori, to fold, meets gami, paper. This relaxing art form has been around since the Edo period (1603 – 1867) but was popular worldwide by the 1900s, when it became the standard loanword. You’re probably most familiar with paper cranes, but origami lotuses, frogs, fortune tellers, butterflies, and plenty more are popular projects too.

In the west, Tofu (豆腐) is often one of the go-to proteins for vegetarians. But in the east, it’s a staple ingredient in a huge variety of dishes that meat-eaters love too. You’ll find it in plenty of delicious Japanese cuisine including the pub classic, agedashi tofu (揚げ出し豆腐) This word originates from the Chinese word for bean curd, dòufu.

Before the rise of brazilian jiu jitsu and other MMA forms, karate (空手) was one of the most popular Asian fighting styles to learn in the west. This Japanese loanword translates to empty hand. In the late 1300s, Okinawans observed and adopted Chinese fighting styles while trading with the Ming Dynasty. They made the style their own where it slowly evolved into modern day karate, a martial art still practiced all over the world. 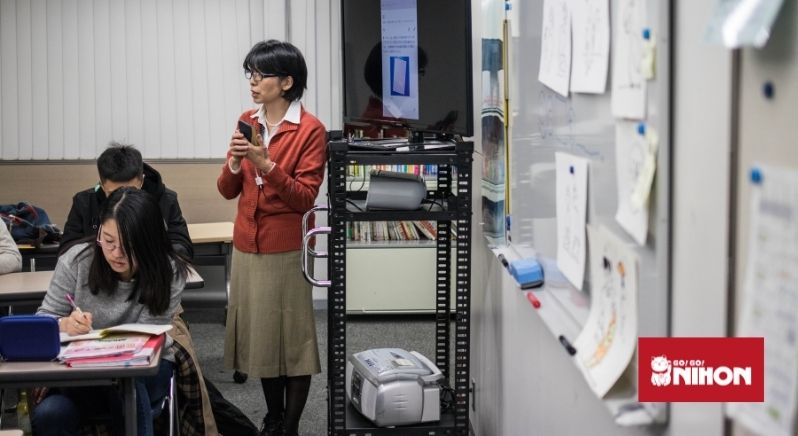 There’s a certain level of respect that comes with being a teacher. In the west, we attach the honorific Mr., Mrs., or Ms. before asking a question. But if you feel a certain reverence when you call someone sensei(先生), you’re dialed in to the true meaning of this Japanese loanword word. It translates to “one who came before,” someone who teaches from mastered wisdom of experience.

Thinking of samurai(侍) conjures up images of heavily-armed, heroic warriors bravely rushing into battle. These Japanese fighters are comparable to feudal knights in some ways. They both protected the upper echelons of society, and both enjoyed special rights that their high status granted. And the best of both followed bushido (武士道) in one form or another, a strict code of chivalry and honor.

While samurai held high esteem and respect in Japanese society, ninja (忍者) were feared or hated. Ninja were expert mercenaries and spies skilled at espionage. This Japanese loanword was originally pronounced shinobi. The word translates to something like “to steal away,” or “to hide.” That gives a clue why most Japanese people of the past considered them villains or thugs.

In the west, we call any state of mental clarity, stillness, and peace zen (禅). You might consider a morning run, doing a hobby, or even chopping vegetables your moment of zen. Technically, that’s the correct way to use this Japanese loanword. But in Japan, the word is reserved for deeply religious or spiritual rituals and practices.

A blocked writer aches. It’s so simple, yet so hard. It must be haiku (俳句). These poems in a 5,7,5 syllable structure first appeared in the 17th century. Western poets learned of and popularized the form by the 1900s. In Japanese haiku have a very specific vibe and structure including a kireji (切れ字), a cutting word that adds finality. But they’re a lot of fun to write loosely in English too. 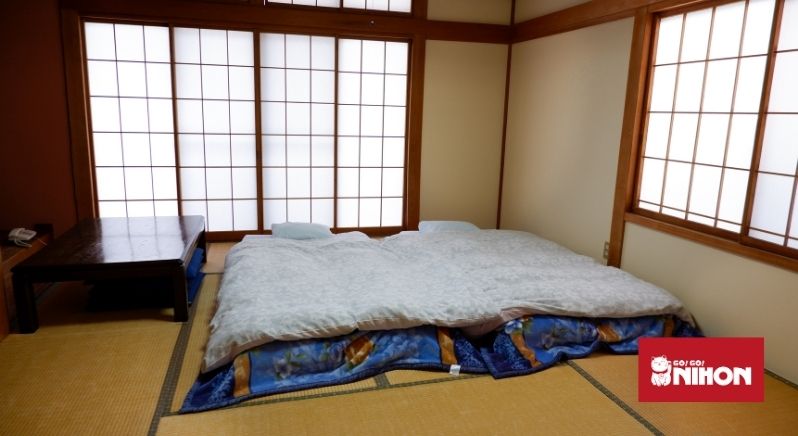 This Japanese loanword might make you think of a couch that turns into a bed. But, futons (布団) are a traditional form of Japanese bedding with few similarities to the western version. Futons are a thin, frameless, cotton mattress that is unrolled on the floor to sleep on. Their main purpose was to save space in typically small living areas in Japan.

Ready to get started on your Japanese learning journey but not sure where to begin? We can guide your way to picking up this beautiful language. Contact us to learn more about reaching your language goals.

Follow our blog for more articles about real Japanese life, culture, and society.

805
Study Trips Accommodations Advertise with us