It’s hard to imagine communicating these days without the use of emojis – but do you know their history? Read on to learn more about the history of emojis and the significant role that Japan has in the origins of our favourite digital pictograms. 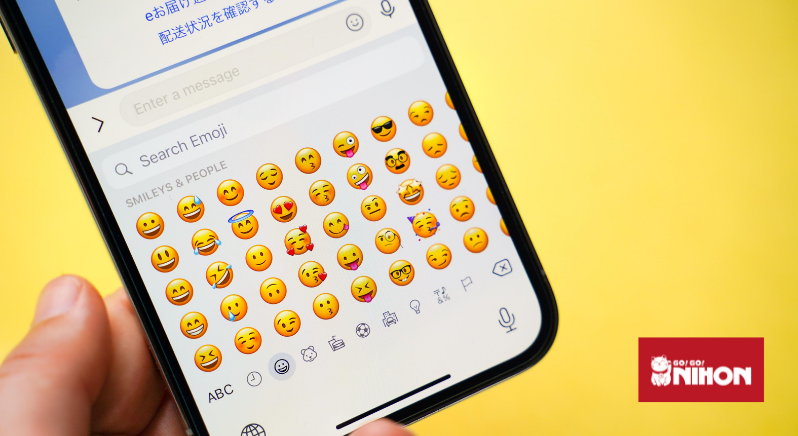 Born and bred in Japan

It is believed that the first emojis were created in 1997 and released as a set of 90 by J-Phone (now SoftBank Mobile). But the emojis we love and use today are descended from a set released in 1999 by Docomo and created by a team led by Shigetaka Kurita.

Kurita’s emojis developed as a solution to miscommunication problems that arose from the increasing use of emails. People were used to writing long, wordy personal letters and the shorter nature of emails meant there was more confusion over what the sender’s feelings were.

At this time, kaomoji such as (´｡• ᵕ •｡`) existed already, but they were complicated and took a long time to type. Kurita’s goal was to find a better way so he created 176 emojis that represented a variety of human emotions. He got inspiration from his own childhood, including from manga.

Over time, the emojis developed into the icons we use today on all platforms. 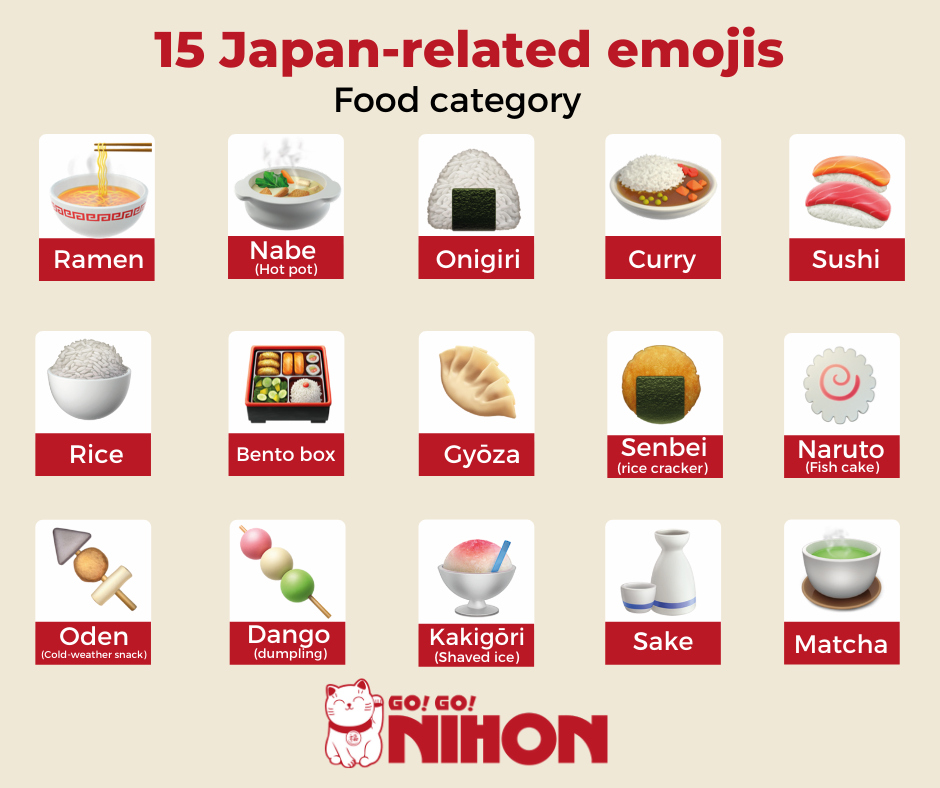 The Japanese link in the history of emojis explains why there are a greater number of Japan-related icons. If you hadn’t realised by now, even the word “emoji” itself is Japanese: e, 絵 meaning picture and moji, 文字 meaning character.

There are easily recognisable Japanese emojis like sushi 🍣, ramen 🍜, Mt Fuji 🗻 and a torii gate ⛩.

But did you know that these are also Japanese?

Dango 🍡
Naruto (fish cake) 🍥
Senbei (rice cracker) 🍘
Oden (traditional Japanese stew) 🍢
Onigiri (rice ball) 🍙
Nabe (hot pot) 🍲 – this is described as the “pot of food” emoji and can be used to represent all kinds of stews and casseroles, but it is often also associated with Japanese hot pot (you can read more about Japanese hot pot here)
Kakigori (shaved ice dessert) 🍧
Strawberry shortcake 🍰 – while not necessarily of Japanese origin, strawberry shortcake is hugely popular in Japan, particularly around Christmas where it is common to buy this type of cake to celebrate
Onsen ♨️ – this symbol is used to represent Japanese hot springs and it is used all over the country to indicate onsen locations

There are plenty of emojis that represent Japanese culture and festivals, including:

Japanese dolls 🎎 – these ornamental dolls are displayed for Hinamatsuri, or Doll Festival, which occurs every year at the start of March to celebrate the health and prosperity of female children in Japan
Carp streamers 🎏 – koinobori in Japanese, these are hung up to celebrate Children’s Day each year in May
Tengu 👺- a goblin from Japanese folklore that represents anger, evil and mischief
Tanabata tree 🎋 – Tanabata is an annual festival where people write wishes on pieces of colourful paper (called tanzaku) and attach them to bamboo and trees
Person bowing deeply 🙇 – a deep bow is used in Japan to express apology or to request a significant favour

And have you noticed these Japan-related emojis as well?

Upward trending chart of the Japanese Yen 💹
Japanese bank 🏣
Love hotel 🏩
Beginner driver symbol 🔰- everyone who gets their drivers license in Japan must display this symbol, called a Shoshinsha mark, on their car for a year

Want to learn more about Japanese culture? Read more articles on our blog.

5462
Study Trips Accommodations Advertise with us