This isn’t the US, where you might sit down at the bar and belt out a couple songs in front of a small TV at the bar. This is Japan, the land where Karaoke was born. The word is a portmanteau of kara, coming from karappo (空っぽ)—empty, vacant, and oke, coming from okesutora (オーケストラ)—or orchestra. Karaoke in Japan is HUGE. It’s often less of something that happens on the side, and more of an event that the night revolves around. Much like its technologically advanced toilet seats, Karaoke has a whole list of bells and whistles to spice up a singing experience. Stretch out those vocal chords and let’s have a look!

Where it all began

Singing along to pre-recorded music started in the late 60s and 70s, when new technology allowed stored audio to be portable and thus easier to use by traveling musicians. The karaoke machine, however, was invented in 1971 by Daisuke Inoue, a Japanese musician from Kobe, Japan. The company Clarion then began production of these machines due to lack of a patent.

It’s historically been common in Japan for musical entertainment to be provided at dinners. In the coffee shop Inoue worked, he was frequently asked by guests to distribute recordings of his songs in order for them to sing along. Ever the businessman, Inoue made a tape recorder machine that played his songs in return for payment.

He then began to lease his machines out to stores. Karaoke machines began to show up in restaurants and hotel rooms. It wasn’t too long before specific businesses with rooms for private parties and their karaoke machines popped up. The rest is history! 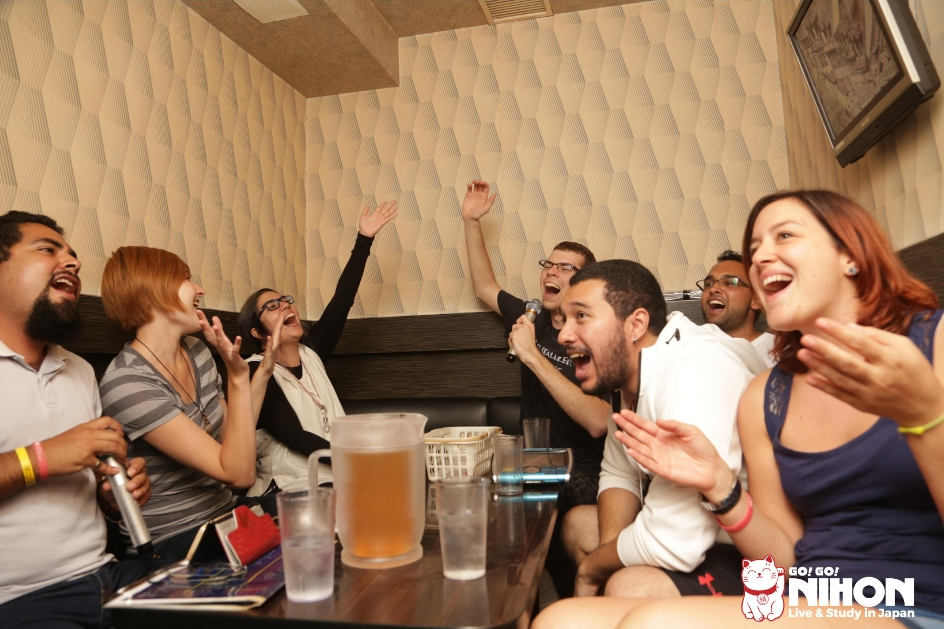 A night out on the town

So how does it all work? What does it mean when you’re in Japan and your friends want to go out for a night of Karaoke?

First of all, Karaoke in Japan doesn’t just mean a wild night out on the town for adults to sing and throw back endless beers. In fact, it’s always been very popular amongst kids in Japan, starting from elementary school. Kids, especially high schoolers, will rent out rooms and spend hours, sometimes the entire day, socializing, singing, and hanging out in the privacy of a karaoke room. It’s fun for all ages!

For the grown-ups, a karaoke night can often start at a restaurant, or izakaya (居酒屋), where you’ll have your dinner and drinks and get all of that actual (audible) socializing out of the way. When the tab is paid and everyone gets up, the second round (二次会 nijikai) will usually be at the karaoke spot.

Head to the reception counter and give the necessary information: the number of people in your party, how long you expect to sing, an initial food or drink order (or nomihoudai for unlimited drinks), and what kind of karaoke player your party would like. Some places offer better quality machines with more music selection for a bit of a higher markup, and songs are usually in a catalogue sitting in the room; either a tablet or a paper catalogue. If you’re lucky, the room will come with some percussion instruments like tambourines and maracas for group accompaniment.

There’s a phone in the room that magically brings you anything you want, so long as you pick it up and tell the other person at the end of the line what it is. Order food, more drinks, a time extension, or technical help, all from your room! 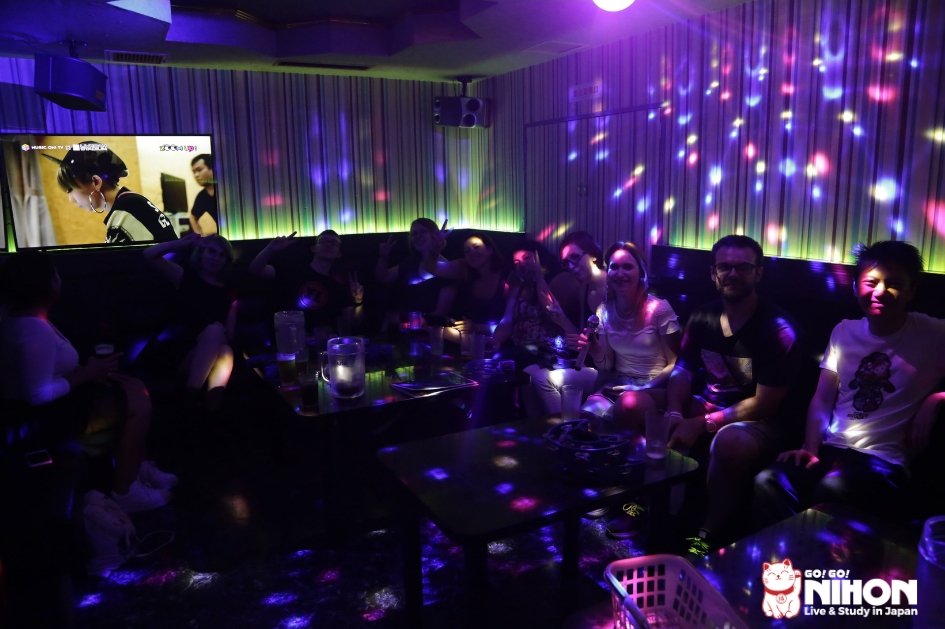 Though every karaoke place is a bit different, everything is usually controlled by a couple touchpads sitting on the table. With this pad, you can search by artist (歌手名 kashumei), song title (曲名 kyokumei), or often new songs (新曲 shinkyoku). When you search for an artist or song, you’ll be given a hiragana keyboard to input your song title. If you’re looking for English, then simply look for the 英 character, which will switch the keyboard to the alphabet. The search (探す sagasu) button is usually in the bottom right, and conversely the back buttom (戻る modoru) in the bottom left corner.

For the more adventurous, there are options that allow you to change the key of the song. I can tell you from experience though that—Japanese and foreigners alike—once you change the key, you (perhaps a couple drinks in) might find yourself fumbling for half the song trying to find the right levels to sing in. As a last resort, if you’re just not enjoying the song, look for the red button with the stop (止) kanji included. Sometimes it can be written as 停止(teishi) or 止まる( tomaru), but either way, if you see the stop kanji, that’s how to put an end to it. Also, make sure to change the volume when you get in! Sometimes when the gang gets in and that first song nearly blows your eardrums out, it can really dampen the mood.

And that’s the crash course! Like hot springs, temples, and food, Karaoke in Japan is a fun side of life that you don’t want to miss. You might feel a bit shy at first, but everyone is just out to have some fun and let loose. Don’t be afraid, and sing some of those songs you’ve always belted out in the shower. It won’t be long before you’re hogging the controls and stacking songs up while your friends tap their fingers and wait for their turn!

Our Japan study trips give you the chance to try it out with your new friends, and to show off your singing skills. Contact us for more information!

5305
Study Trips Accommodations Advertise with us