Origami (折り紙), which in Japanese literally means “folding paper”,  is thought to have originated in Japan but is a part of many Asian cultures, such as Chinese. Through various forms of folding, a flat sheet of paper is transformed into different shapes, representing a variety of things.

Japanese origami has been practiced since around the Edo period (1603-1867) and has evolved through the times to add new folding models. The principles of origami are also used in stents, packaging and other engineering applications. 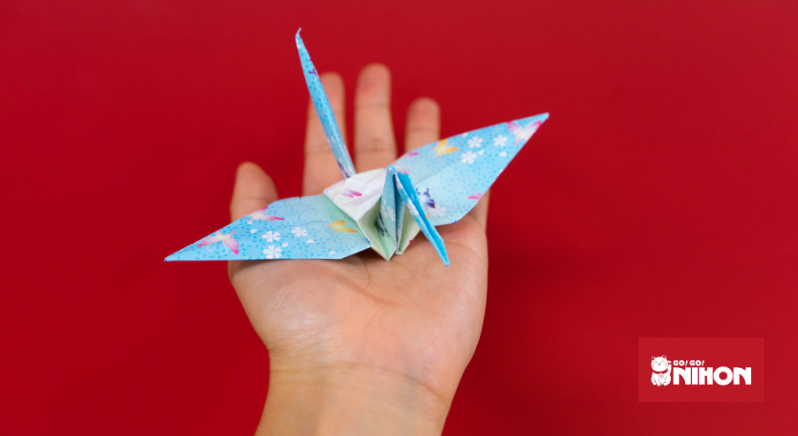 Perhaps the best-known origami model is the tsuru (鶴), or crane, pictured above. It’s a representation of the Japanese red-crowned crane. A thousand paper cranes, called senbazuru (千羽鶴), is said to grant wishes to come true. The thousand paper cranes are often given as wedding gifts from the father to wish the couple a thousand years of happiness and prosperity. They can also be given to a new baby for well wishes or an ill friend to get better.

The ninja weapon shuriken (手裏剣) is another popular origami model, and easy to fold, as well as fun to throw around without it being dangerous! Similarly, 3D star-shapes are fun and are often used for decorations or even a Christmas tree topper.

Flowers and hearts are also simple and popular models. Similar to paper planes, simple folds can be used to fold handwritten notes in cute styles. A variety of animals are also popular with kids.

There are a number of origami books published, as well as online resources where you can find almost anything to fold using paper. The common diagramming system is the Yoshizawa-Randlett System, which uses lines and arrows to show how the paper should be folded. 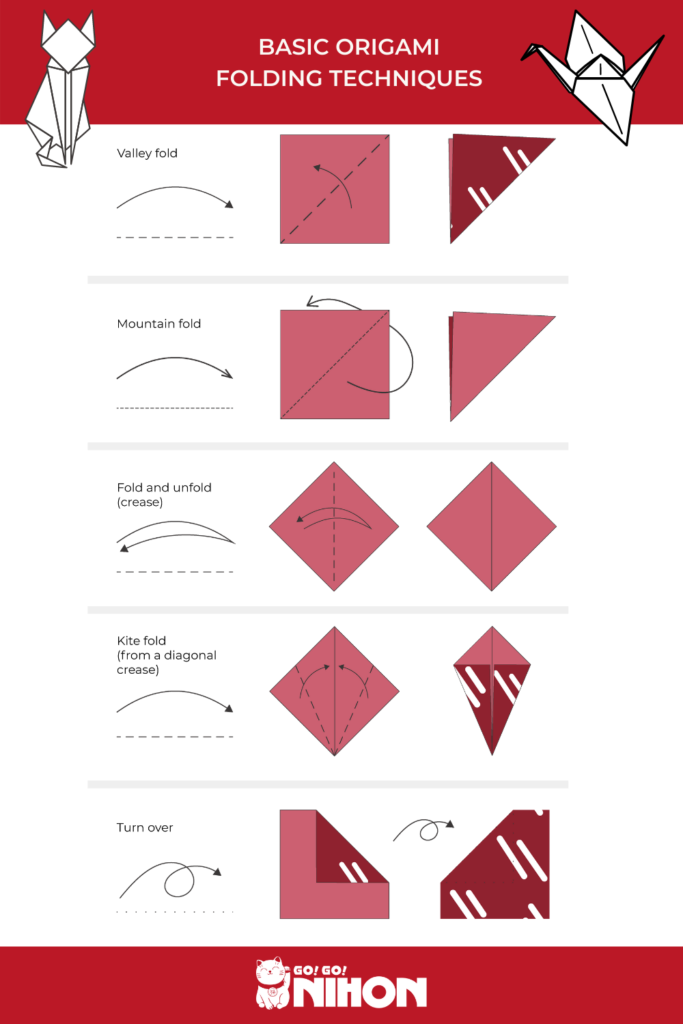 Almost any type of paper or flat material that can be folded can be used to create origami models. In Japan, you can find packets of various coloured origami paper in craft stores, convenience stores, grocery stores and discount stores. Many are coloured on one side and white on the other, or with different colours on either side, though some may be the same colour on both sides.

People often get creative with paper sources, using thicker cardboard paper, posters, newspapers or even money bills, often called moneygami. Paper currency is used to shape a variety of things, as with origami, and was popularized by artists such as Japanese pop artist Yosuke Hasegawa, who has had work displayed at the Tadu Art Gallery.

Origami has also influenced fashion as well as being used as a means of creation. Fashion accessories and clothing have been made by folding techniques or designs around the world. 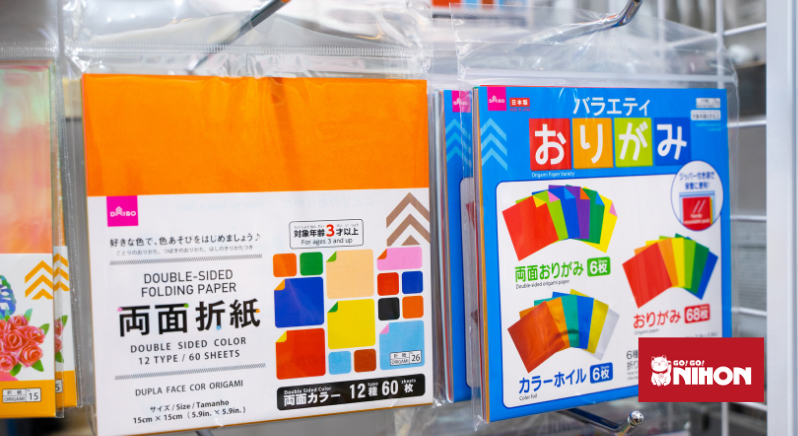 The ancient art has also influenced technology and engineering design in many ways including:

Why not look up some instructions and try origami for yourself?

11538
Study Trips Accommodations Advertise with us