Golden Week holidays in Japan are one of the most anticipated and busiest holiday seasons of the year. Japanese workers typically don’t get many paid vacation days and many don’t take those days, even when they have them.

Therefore, many people like to make the most of the four public holidays during Golden Week to travel or visit their families in the countryside. Many businesses also close during this time.

Learn more about what these public holidays are and why they are celebrated.

昭和の日, Showa no Hi, takes place on April 29 and marks the start of the Golden Week holidays. It is the birthday of the former Emperor Showa, or Emperor Hirohito. He reigned between 1926 and 1989 and is seen as somewhat of a controversial figure because of everything that Japan went through during this time period.

The day is intended for people to think back on the Showa era, remember everything the Japanese people went through and to encourage unity and peace.

憲法記念日, Kenpō Kinenbi, is on May 3. In 1947, this was the day that Japan’s post-war constitution was put into effect.

Like Showa Day, Japan’s Constitution Day is a reminder of Japan’s past. Before this constitution was put in place, Japan was on a mission to expand its empire. Not only did these efforts cause death and ruin in neighbouring countries, but they also devastated its own country and people.

After Japan surrendered following the nuclear bombings of Hiroshima and Nagasaki, the country’s constitution was rewritten to emphasise peace and pacifism.

On this day, many newspapers and magazines publish articles about the Japanese government. The National Diet Building in Tokyo, where the constitution was created, is also open to the public on this day only. 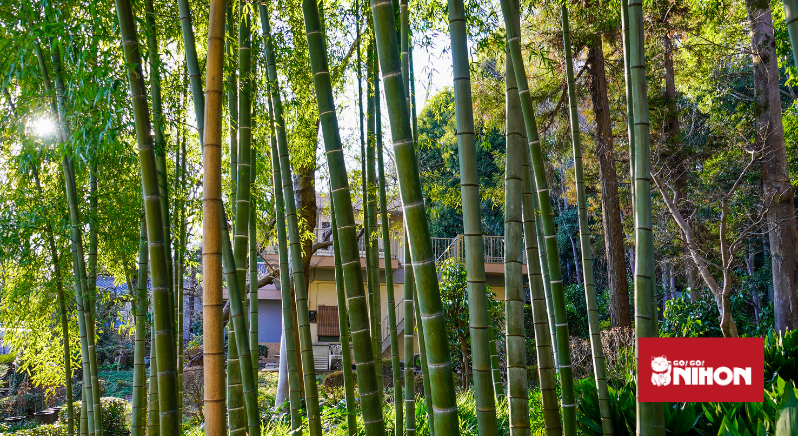 People often celebrate this day by spending it in parks or in nature. 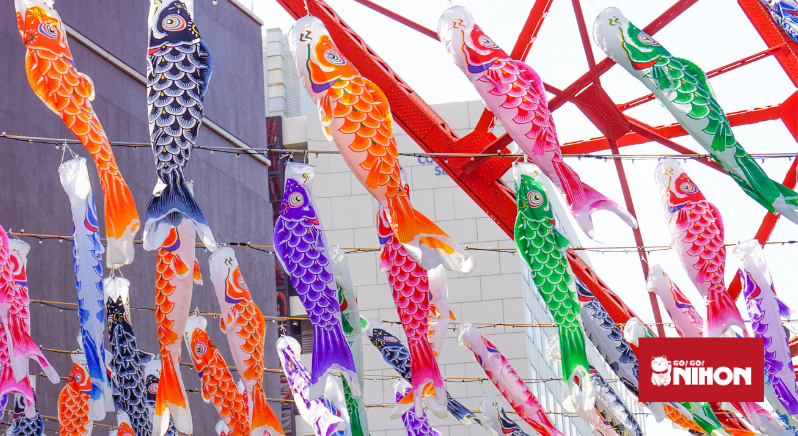 子供の日, Kodomo no Hi, is on May 5 and marks the end of the Golden Week holidays.

This day is also called 端午の節句, Tango no Sekku, or the Boy’s Festival. This day was traditionally used by families to pray for and celebrate the health and future success of their sons.

While there is also a Girl’s Festival, Children’s Day has come to be a day where the happiness and health of all children are celebrated.

If you’re in Japan, you’ll see colourful carp streamers, or koinobori, hung up everywhere in celebration of this day. Usually the black streamers represent the father, the red or pink represent the mother and other colours and sizes represent the children of the family.

Why is it called Golden Week?

There are a few different theories as to why this week is so “golden”. The predominant theory is that it came from the movie industry.

In 1951, a movie was released by film company Daiei called “Jiyuu no Gakkou” (Freedom School) at the start of May. It did well at the box office and so the week it was released came to be known as a “golden week”, in the sense that the movie was a box office hit.

As this article points out, broadcasters and some newspapers don’t necessarily use the term “Golden Week”. Rather, they call this week of holidays 大型連休, oogatarenkyuu, which means “long holiday”.

Note that generally if a public holiday falls on a Sunday, then it is observed on the following day. The only public holiday this rule doesn’t apply to is New Year’s Day.

As you can see, the days that make-up Golden Week holidays in Japan are varied, with some aimed at reflecting on Japan’s legacy while others are for celebration. If you want to learn more about Japan’s other public holidays, make sure to check out our guide on Japanese public holidays!

We have lots more on our blog about life in Japan and Japanese culture, so don’t hesitate to read more.

2258
Study Trips Accommodations Advertise with us