Greenery Day, or Midori no Hi みどりの日, is a national holiday in Japan that’s celebrated on May 4 as part of Golden Week. This is a public holiday dedicated to nature, so what better way to recognise it than to learn some Japanese words about nature! 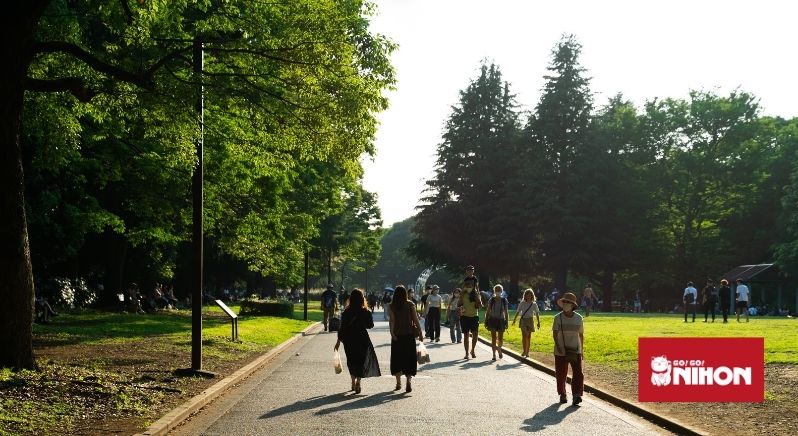 Greenery Day is a part of Golden Week, one of Japan’s biggest holiday periods.

How to celebrate Midori no Hi

As mentioned, this holiday is part of Golden Week so it is often met with joy and fun since many people take time off to travel and/or spend time with family. Different people celebrate in different ways, with some partaking in planting trees, while others might spend some time outdoors at the park. Just like there is a vast list of words in English for the things in our natural world, there are also just as many words in Japanese. For the purposes of this article, we will explore some words describing parts of the physical world that you will see most often in Japan.

Example:
この山は木が茂っている。
Kono yama wa ki ga shigette iru.
This mountain is thick with trees.
(=there are many trees in this mountain)

There are some words in Japanese that might not have an exact translation or word in your own language. Here are some nature-related ones!

This word refers to the colours that leaves turn when autumn sets in. The word itself is made up of the kanji for “red” 紅 and “leaf” 葉. The reds, oranges and yellows can set entire mountainsides on fire (figuratively). Seeing kōyō is a highly anticipated event of the year and just like cherry blossom season, people travel all over the country to see the very best autumn foliage.

This means “cold wintry wind” and specifically refers to the first cold wind you feel at the end of autumn that indicates winter is coming. The kanji is made up of the words for “tree” 木 and “to dry up” 枯.

Meaning “sunlight filtering through trees”. This poetic word represents the dappling effect of sunlight that shines through a forest full of trees. Isn’t it beautiful!

Another beautifully poetic word, this means “forest bath”. It refers to “bathing” in the peacefulness and fresh air of the forest and reflects the connection between nature and human happiness and wellbeing.

1112
Study Trips Accommodations Advertise with us