The Shintō 神道 religion is an integral part of Japanese life, informing much of the culture, beliefs, and ways of life that are practiced in modern-day Japanese society. Originating in Japan, Shintō revolves around nature, the supernatural, and aims to establish harmony between man and nature.

Learn more about the Shintō religion, special rituals, and how it’s practiced in daily life in Japan.

Origins of the Shintō religion

It’s unknown when Shintō became recognized as an “official” religion. Unlike other religions, Shintō does not have a founder, nor a sacred book. But the concept of worshiping gods and spirits, or kami 神, can be traced back to at least Japan’s Yayoi Period (300 BCE – 300 CE). Although, others say that Shintō is as old as Japan itself.

Buddhism was introduced to Japan around the 6th century, which created some conflict with Shintō initially. The followers of Shinto felt the need to give a name to this philosophy of life based on respect and ancestor worship.

Over time, though, they came to co-exist and are now the main religions in Japan. 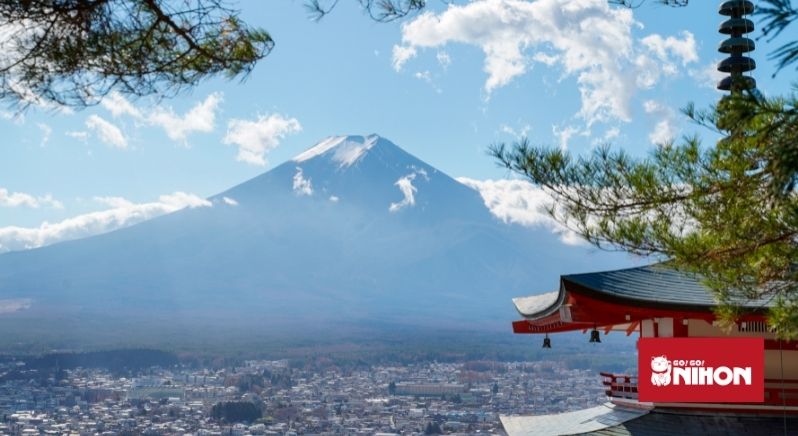 As mentioned, Shintō differs from other religions as there is no known founder and there is no central religious text. Instead, it is based on Animism, or the belief that all things – living or not – possess living souls.

That’s why Shintō shrines are dedicated to different kami – for example, the famous Fushimi Inari Shrine (Fushimi Inari Taisha 伏見稲荷大社) in Kyoto is dedicated to Inari 稲荷, the god of foxes (hence why there are references to foxes at that shrine). Inari is also the god of agriculture, fertility, rice, tea, and sake.

It’s also why there is such reverence for mountains, rivers, forest, etc. For example, Mountain Day and Marine Day are both public holidays in Japan to celebrate mountains and the ocean, respectively.

Overall, Shintōism does not believe in absolute right or wrong. Humans are believed to be fundamentally good, as is the world in general. The aim is to promote harmony, and spiritual and moral purity. 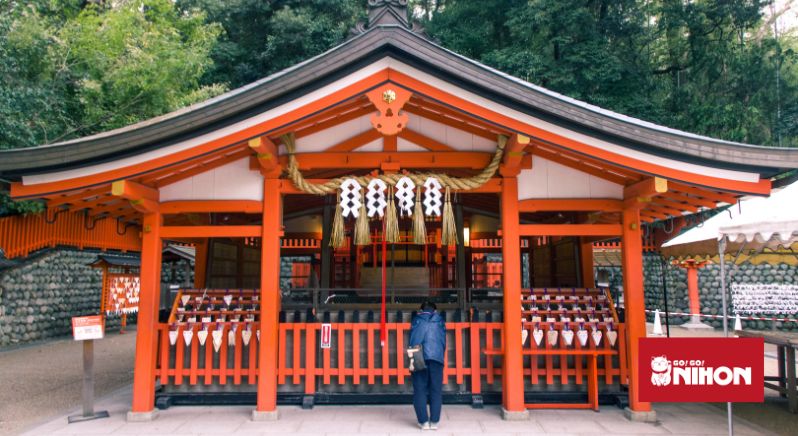 The shrine, or jinja 神社, is the heart of the Shintō religion. They house Shintō deities and offer worshippers a physical place to practice their religion.

One of the most distinctive characteristics of a Shintō shrine is the torii 鳥居 gate. They mark the entrance and approach to the shrine and were traditionally made of wood, or stone. Many are painted orange and black. Symbolically, they mark the transition from the living to the spiritual realms.

There are plenty of interesting rituals associated with visiting a Shintō shrine, which you can read more about in our article here.

At shrines you will also encounter omamori 御守, which are amulets sold at both Shintō shrines and Buddhist temples. Originally made of wood or paper in the 17th century, nowadays they are made of cloth and have the shape of a rectangular sack.

You might have noticed that festivals, or matsuri 祭り, are a huge part of Japanese society. It feels like there’s a matsuri almost every single weekend of the year!

This is because every shrine, town or village has its own festivals, which were developed as a way for people to pray to, and celebrate, kami. Through holding matsuri, people might have asked for a good harvest, protection from natural disasters, good fertility, or any number of other things that kami are believed to be responsible for. Festivals can also be remembrances for special events, or celebrating a particular season – just think how important cherry blossom festivals are!

Check out our article for a list of some of Japan’s most popular events. 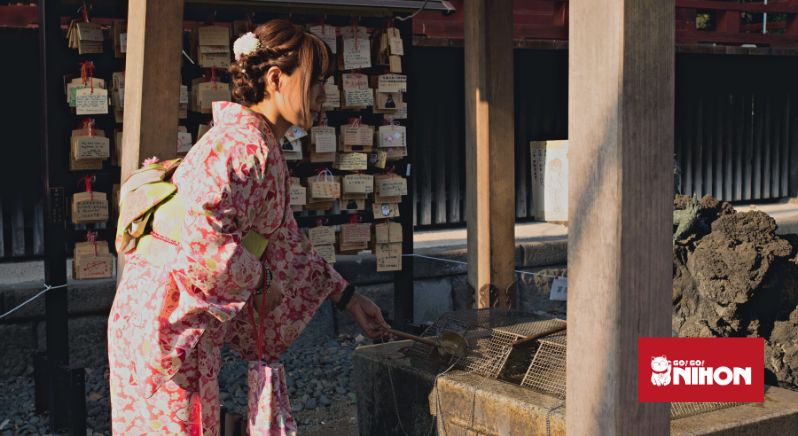 There are a number of annual rituals and practices observed in Japan to this day that are based on Shintō beliefs.

For example, when boys turn five years old and girls turn three and seven years old, they visit shrines to pray to the kami for protection and health. This rite of passage is called Shichi-go-san 七五三 and is held annually on November 15.

Oshōgatsu お正月, or the New Year, is a hugely important time of year that is also influenced by Shintō beliefs. Every household is believed to be visited by a god that brings in luck for the new year. Therefore in preparation for this visit, you need to thoroughly clean your house, send postcards to your loved ones to thank them for the past year while also wishing them well for the year to come, and put up a decoration on your door to welcome the kami and ward off evil spirits.

There are many other practices in Japan that are based on Shintō beliefs – next time you come across one, why not look it up and learn more about the reason behind why it’s celebrated?

As you can see, the Shintō religion well and truly lives on in modern Japan, permeating every aspect of life here. The vast majority of people in Japan identify as followers of Shintō to varying degrees and take part in popular rituals and practices. If you live in Japan, you will see how ingrained Shintō is in the day-to-day lives of Japanese people.

215
Study Trips Accommodations Advertise with us