Japan’s rainy season or Tsuyu (梅雨) is well-known to most regular visitors to this beautiful country. If you travel here from around the beginning of June to mid-July, you’ll be sure to get a bit soggy at some point. Don’t panic though, there’s plenty you can do to be prepared and there are a lot of unexpected benefits that can make it one of the best times to visit Japan.

Japan is known for being a country of four distinct seasons. This is mostly true, with the islands ranging from the subtropical Okinawa in the south to the temperate Hokkaido in the north, but there are a lot more microclimates too. In particular, the Summer (June to August) is often split between humid and rainy, or hot and sunny.

Hokkaido isn’t really affected by the rainy season, although that’s not to say it doesn’t rain at all. On the other end of it, Okinawa gets rain almost a month earlier with the season starting in early May. Be sure to check when rainy season is depending on where you are travelling. There are a few other tips that’ll help you make the most out of Japan’s rainy season. 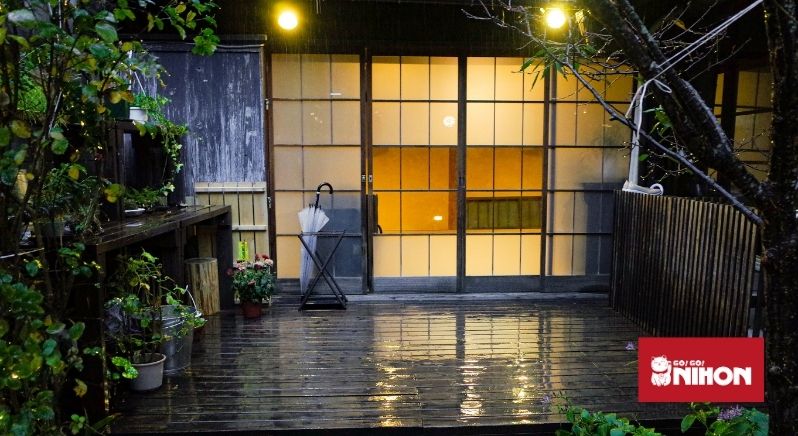 Rain isn’t the most enjoyable, but Japan is well-prepared and helps you to be too. The first item you are likely to need is an umbrella. Almost all konbini stock cheap transparent umbrellas for around 500-800yen. They’re good quality and you won’t truly belong in Japan until you get your own.

Carrying an umbrella around doesn’t have to be inconvenient either. Most shops, restaurants and offices will have a stand outside or in the entrance so you don’t have to carry it with you when you’re inside. Some larger shops even have special custom umbrella bags that you can put your wet umbrella in so you don’t make a mess.

As Japan’s rainy season falls in the summer months, it means it’s also pretty hot and it can be very humid and muggy. So as well as having your umbrella to hand, it’s important to dress properly. Layers are key here and as with everything, follow the lead of the Japanese to see what works best. Kit yourself out in airy, loose clothes, short sleeves and a light jacket for when it cools down in the evening and you’ll soon feel like a local. Alongside this, you’ll want to make sure you have a good pair of boots to keep your feet dry and you’re good to go. 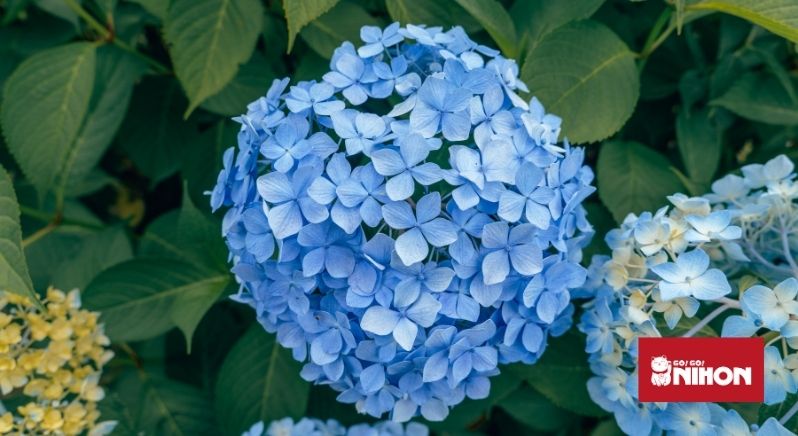 Japan’s rainy season isn’t all bad though. Lots of water is welcomed by farmers and gardeners alike and you wouldn’t have the beautiful lush green landscapes that make the Japanese countryside so distinctive without it.

One of the most distinguished plants that benefit from the rain is the Hydrangea. Known as Ajisai (あじさい) in Japanese, it is considered a symbol of the rainy season and was in fact first discovered in Japan. There’s no better place to see them than at Meigetsuin Temple in Kamakura. It’s sometimes even called Ajisaidera or Hydrangea temple. With the glorious grounds covered in these magnificent plants, the rainy season is when they come in to bloom and there’s a sea of blue flowers. It certainly adds to the tranquillity and peacefulness of this Zen temple.

Something else that benefits greatly from all the rain is a bit more obvious: rice. Being at the core of almost every Japanese meal, this makes it an important crop. Around 85% of all farms in Japan plant rice yearly, making up a large proportion of the farmed landscape each year. The rice grown is semi-aquatic, meaning it needs to be grown in flooded fields. Irrigation can be costly so a wet rainy season makes for the best crops and is particularly important for smaller farmers. 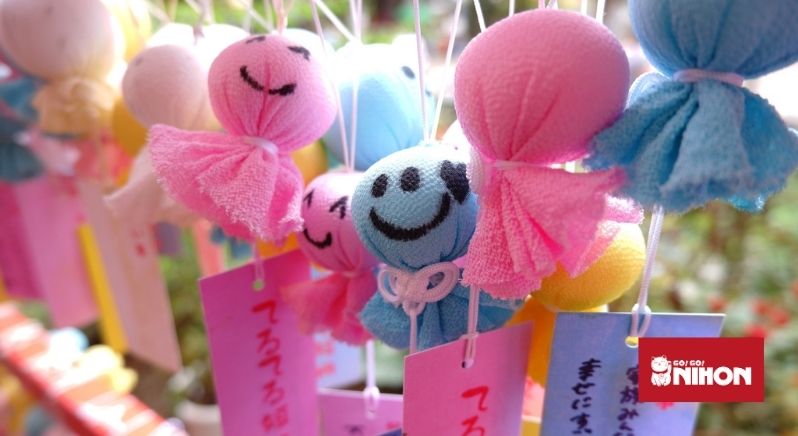 Depending on whether you love it or hate it, some say you may be able to change it. There is a small ghost-like doll called the teru teru bozu (てるてる坊主), that you may have spotted hiding around windows on farms or people’s properties. This is a talisman traditionally used to bring good weather, and if it works, it’s rewarded with lashings of holy sake before being set free to wash downstream in a local waterway. While most of us would prefer sunnier weather, sometimes rain is needed (or maybe you just like it). In this instance, the doll is hung upside down for the desired effect.

Why not explore Japan during the rainy season? You may be pleasantly surprised about what you find, just make sure you come prepared!

3912
Study Trips Accommodations Advertise with us