The Japanese Language Proficiency Test (JLPT) is seen as the gold standard of Japanese language tests for non-native speakers. But did you know there are actually many other tests you can take aside from the JLPT?

We take a look at these tests and why you might want to consider taking them.

The CEFR, or Common European Framework of Reference for Languages, is an international standard for describing language ability. It has a 6-point scale, ranging from A1 (beginners) up to C2, which is native level. It’s an easy way to evaluate the level of different qualifications and to compare qualifications to other exams.

We will reference the CEFR levels in this article where relevant. 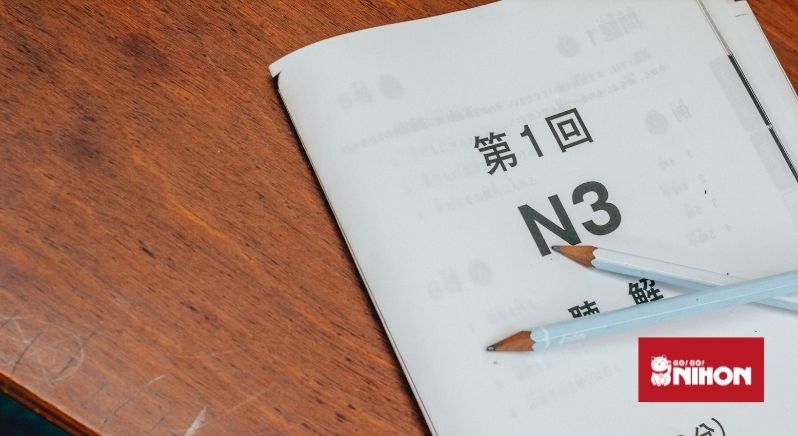 As mentioned, the JLPT is the standard test that is used to evaluate Japanese language proficiency and it is the most widely-taken Japanese language test in the world. Most Japanese employers will use your JLPT level as an indicator of your language skill. Language schools in Japan typically prepare students for JLPT exams, which are normally held twice a year around the world (sometimes only once a year depending on your country).

There are five levels, with N5 (equivalent to CEFR A1) being the easiest and N1 (CEFR C1) being the most difficult. The exam tests four things: reading comprehension, grammar, vocabulary and listening. As of September 2021, it does not test writing or speaking, although a speaking section may be added in future tests.

Read more about the JLPT in our articles dedicated to explaining the JLPT and how to study for it. 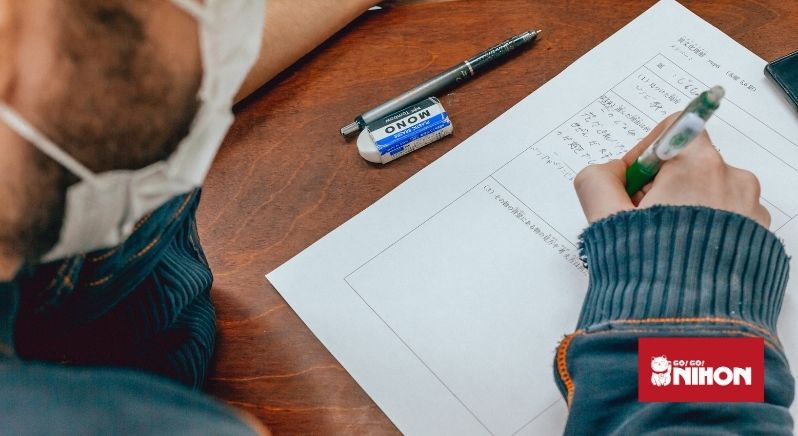 The Examination for Japanese University Admission for International Students (EJU) is the exam international students take to study at a university in Japan. It assesses your language and academic abilities. Hundreds of universities across the country require EJU scores for foreign applicants.

Depending on the university and the course you want to take, you will choose the tests you take from:

All of these tests except the Japanese as a foreign language test are available in both English and Japanese. Your test results are valid for two years and usually you need a minimum of 200 for university or vocational college.

Read more about the EJU in our article here or via the Japan Student Services Organization here.

This test positions itself as evaluating practical Japanese language ability in non-native Japanese speakers. It is usually held 6 times a year in Japan, some countries in Asia and Brazil.

There is only one test and your level is determined based on your overall score. The levels range from A (CEFR C1/B2) to F (CEFR A1).

It is a less well-known test so it may require some explanation to potential employers.

The NAT-TEST is similar to the JLPT in that it tests across five levels – Level 1 is equivalent to JLPT N1, or CEFR C1 and Level 5 is like JLPT N5 or CEFR A1.

The NAT-TEST tests grammar/vocabulary, reading and listening comprehension. The format and questions are similar to the JLPT, so it’s a good preparatory test for the JLPT.

While the JLPT is held just twice a year, the NAT-TEST is held 6 times a year in Japan and around Asia.

The BJT is a computer test and you will receive your test results on-screen after you finish. It tests listening and reading comprehension at a level that is higher than the JLPT. The levels go from J5 (CEFR A2, or JLPT N4) to J1+ (CEFR C2)

High points scored in this test qualify for points on the Japanese government’s point-based visa preference system. This is a system that gives preferential treatment to “highly-skilled” foreign professionals in Japan.

The BJT is available at most major centres in Japan, as well as in a number of countries around the world. You can apply to take the test at any time and the test dates depend on the testing centre.

Read more about the BJT here. 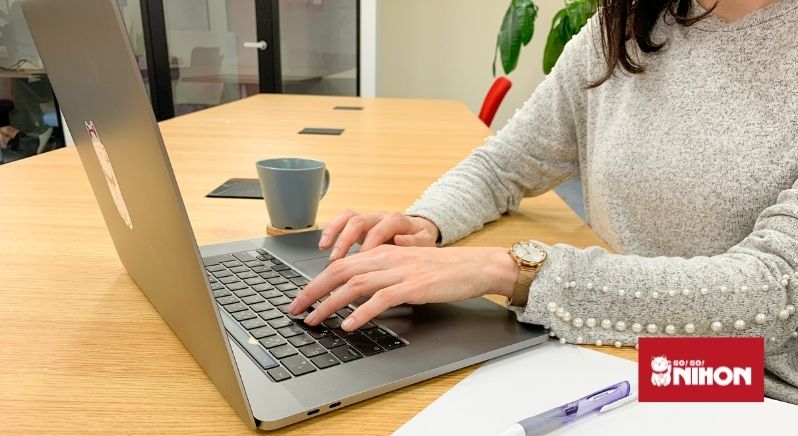 The J-CAT is an adaptive computer-based test designed to help you evaluate your Japanese proficiency from the comfort of your own home.

An adaptive test is where the level of the questions change based on your performance. It tests listening, vocabulary, grammar and reading.

It’s not a widely recognised test, but it is good if you want to assess your language proficiency as part of your exam preparation for the JLPT or EJU.

The TOPJ test assesses reading and listening comprehension, as well as everyday Japanese and knowledge of Japanese culture and news. It is also generally held more times a year than the JLPT and there are three levels: beginner, intermediate and advanced.

The test is the same no matter your level and you are given a score between 10 and 990. For comparison, a JPT score of 315 or more is equal to JLPT N5. JLPT N1 is equivalent to 660 or more points with the JPT.

For more details about the JPT, refer to the official website. 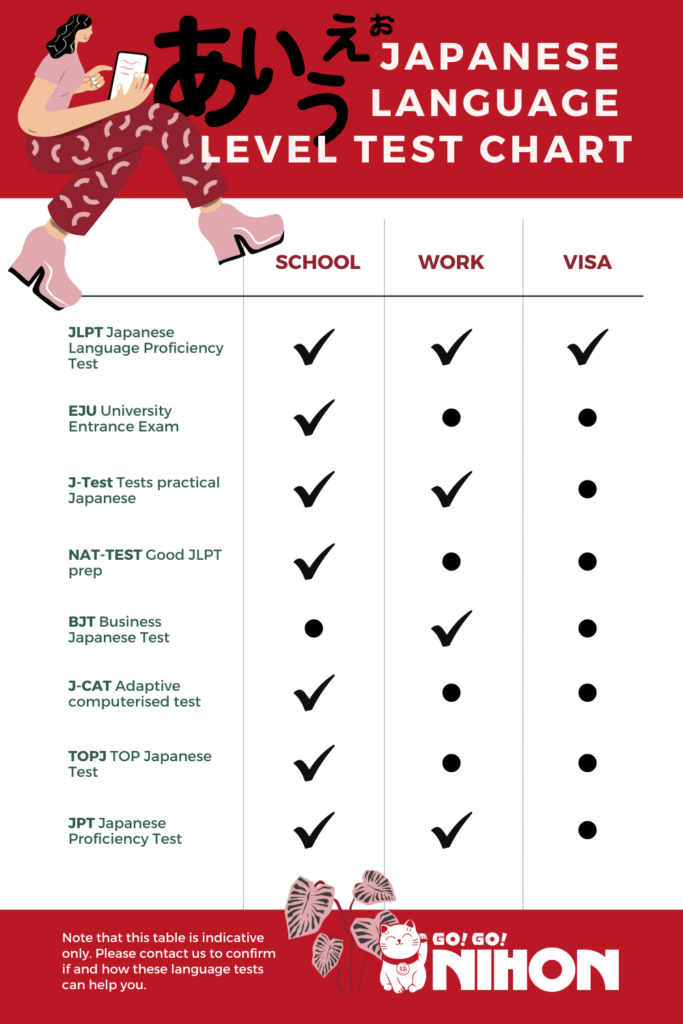 We know this is a lot of information on a number of different tests and it can be hard to distinguish them! Most of the schools we work with offer support in preparing for JLPT exams, while some also help with EJU preparation.

If you’re interested in taking one of the other tests, don’t hesitate to reach out to our team with any questions. You can also read more about these tests here.

1551
Study Trips Accommodations Advertise with us