Where the crosswalk goes from red to green and as many as 2,500 people hustle and bustle across the intersection each and every time, at Shibuya Station sits a bronze dog statue. Stoically waiting for his master to come, Hachiko has been immortalized as a symbol of Japanese faith and loyalty. Today, as he waits, thousands upon thousands of Tokyoites will mention his name in text or over the phone as they designate a place to meet with their friends before dinner or a movie. Let us delve into the story of Hachiko: the most faithful companion. 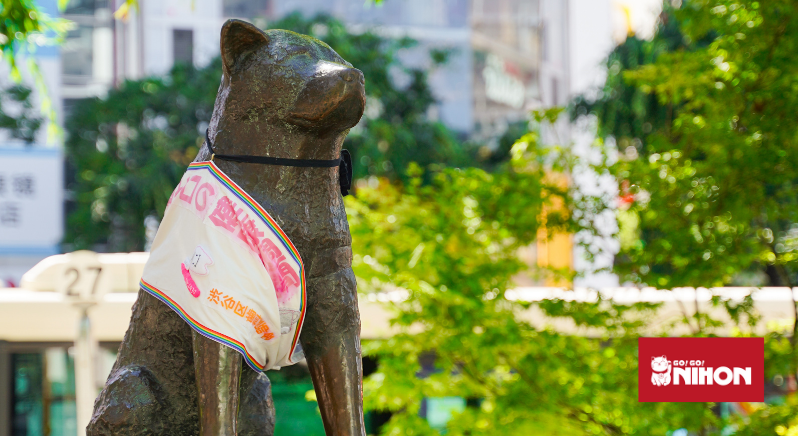 Story of Hachiko and the Akita Breed

Born November 10, 1923, Hachiko was an Akita dog born in Odate, Akita prefecture. In 1924, Hidesaburo Ueno, a professor at the University of Tokyo, adopted Hachiko and formed an unbreakable bond. At the end of every single day, as Ueno got off at Shibuya to make his way home, Hachiko would leave the house alone to greet him at the station. This routine went on every day until May of 1925, when Ueno had a cerebral hemorrhage during a lecture. He died that day.

Hachiko, from that day on, continued for the next nine years to leave the house and wait at the station at the exact time the train was due to arrive. Years went by, and years the dog waited. In 1932, an article in the Asahi Newspaper highlighted his loyalty and thrust him into the national spotlight, where his faith to his master became an example of devotion to which Japanese children could look up to.

Getting its name from Akita prefecture where it’s believed to have originated, this breed goes back to the 1600s, when it guarded royalty as well as aided in hunting large game. The Akita is a strong and devoted dog; a bit wary of strangers, but completely dedicated to his or her own family. It’s because of these strong characteristics that it became the national dog of Japan. This ended up being very pertinent in the years leading up to World War II, when loyalty to the nation and Emperor became increasingly important. 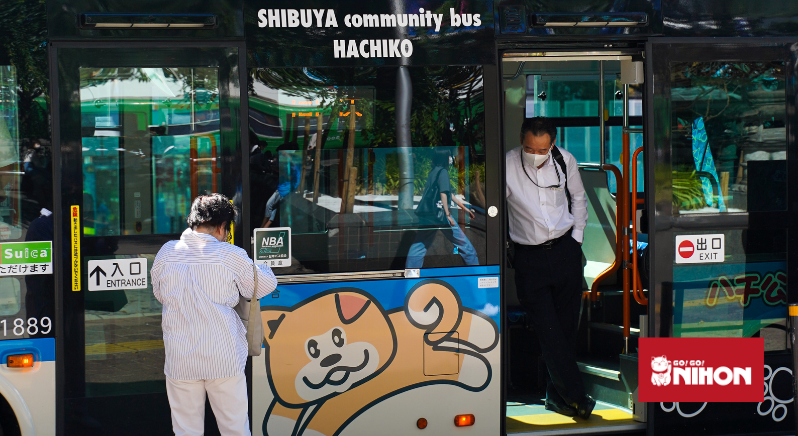 Hachiko’s popularity hasn’t wavered since that time. Nowadays, in places like the Tokyu department store and Shibuya souvenir shops, you can find Hachiko in all shapes and sizes. From stuffed animals, to sweets, even to boxers, it’s all here.

The cuddly Toyoko Hachiko mascot shows up for special events like Christmas, Valentine’s, or concerts, for guests to take pictures with. You know those mascot costumes you were too shy to take pictures with as a kid, or perhaps you just thought they were flat out uncool? They’re all over Japan here. There’s one for each town, and for certain places too. I think they kind of grow on you!—Or maybe it’s that I’m older now and still want to hug something that looks like a giant stuffed animal.

Fun fact: Hachiko’s statue has a floppy left ear that was a huge subject of debate at the time. The artist (who eventually prevailed) sought to depict the real one, though a limp ear didn’t fit the strong and impenetrable image nationalists sought to glorify.

If you want to come to Japan and learn about the story of Hachiko for yourself, get in touch with Go! Go! Nihon today: we’ll help you find the best way for you to come to Japan, and will support you every step of the way.

Today, Hachiko sits quietly while thousands upon thousands of people sit, chat, and rendezvous around him. Time has passed, clothes have changed, people have come and gone, but the dog will always be there. I wonder what kind of stories he’d tell if he was alive today (oh, and uhm…if dogs could talk, too). It’s neat to have a seat in that area and look over at Shibuya intersection, making up stories about where everyone is going, and what everyone has planned for the day. Perhaps Hachiko wouldn’t care too much about those kinds of things, but more about finally seeing Ueno.

I think what I’m trying to say is that Hachiko loved his family, and he waited on those he loved until the day he died. There’s plenty to be learned from dogs, and this is probably one of them.

12165
Study Trips Accommodations Advertise with us