It’s hard enough finding an apartment in your own country, let alone searching for a Japanese apartment! On top of the standard criteria to keep in mind, there are a couple uniquely Japanese fees to keep an eye out for. Of course, as with much of Japan, the differences in city life and country life can be wildly different. Here we’ll be addressing apartment hunting in a Japanese city; oftentimes the rules will be a lot more lenient in the countryside. That being said, let’s begin the search!

Searching for a Japanese apartment

When first conducting research, take a look over the many real estate agencies and websites at offer. There is an endless array of choices, and in a place like Tokyo or Osaka, there are simply too many to walk around and look at yourself. These real estate agencies really know the nooks and crannies of the gigantic buildings all stacked up next to each other. Based on your preferences—budget, location, square footage, toilet and shower placement, etc.—you tell the agent what you’re looking for, and they’ll show you around to places that fit your criteria. Everybody’s got their own standards about what a good apartment is, but here are a couple key things to look for during the search.

Location, location, location! In Japan’s larger cities, central spots are a lot more expensive than those a bit further from downtown and subway or train stations. Seeing as how Japan’s public transportation is an amazingly efficient network of veins connecting the city, finding a spot near a good station will allow you to get just about anywhere you want—thus, the cost. Everyone and their mother wants a good spot close to a good station, so be prepared to pay for the convenience. On the other hand, check to see if your room or building is right against a railway line. You might not be too keen hearing the train running by you every interval of the day. Keep in mind that you’ll have to pay to use the trains, so add that to your monthly budget. It’ll add up!

Japan also measures its space based on how many tatami mats fit into the room. The size of a tatami mat is standard, though differs a bit depending on what part of Japan you’re in. West Japan, for example, has its tatami mats measuring 191 x 95.5cm. East Japan measures at 176 x 87.8cm. The reason for the differences are historical; and if you’re also wondering why they’re such strange measurements, Japan used its own measuring system before the metric system came over, so it was a nice whole number before! If a room, for example, is 6 jou (畳), then it is the size of 6 tatami mats, or 9.18 m2.

One of the biggest variables to look for is between a manshon (マンション) and apaato (アパ ート). Derived from (but meaning nearly the complete opposite!) the English word mansion, a manshon is usually a multi-story condominium. In general, they are made of concrete and thus sturdier than their apaato counterparts. An apaato, coming from the English word for apartment, is usually smaller, and with a wooden structure. Build quality (and thus cost) are lower than a manshon, so keep that in mind when apartment hunting.

When renting an apartment in Japan, look at the age of a building. Old buildings are a-plenty in Japan, and you probably have a general idea of how long Japan’s history is! Some of these buildings have never been renovated, so you could be signing up for water damage in your wooden foundations or big gaps for drafts if you’re not vigilant in your search. That being said, there are many awesome perks you can find, including: a concierge service, pet or music instrument permissions, attached karaoke rooms, attached sentō (銭湯) or public baths, similar to onsen, furnishings, the list goes on.

Go with an agent, visit the apartment and walk around to see its location and how the space lines up with your likings. Sometimes, for example, a bath won’t even be in the apartment, or the washing machine plug is only on the balcony. These are more extreme cases, but they do happen! Check it all out, and don’t be afraid to keep looking, because there’ll always be more places. 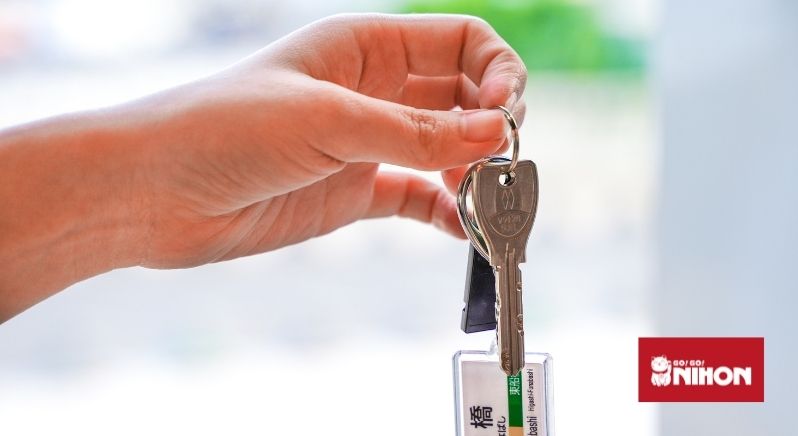 So you’ve decided! Congratulations! It’s time to tell your agent or contact the agency or private individual operating the place. A word of caution when searching for a Japanese apartment: in some cases agencies aren’t willing to rent to foreigners. It’s illegal in the US, but this isn’t the US. It’s not exactly the norm, but there are no clear laws preventing it. There are agencies willing to rent to foreigners if they have a Japanese guarantor who will sign off on the contract, taking charge of the burden in case the foreign renter breaks contract.

It’s a bit of discrimination, but it does happen. Keep in mind that Japan kept itself in isolation for around 200 years before re-opening up its doors in 1853. There are many things uniquely “Japanese” to Japan, and the general outlook on foreigners can still be a bit wary, especially amongst the older generations. Don’t let this jade you, though. It’s a part of traveling, and a part of our job as travelers is to dispel the ideas of what different people and different skin colors means—it means nothing, really. Race, color, country, we’re all just people.

In recent years, more and more agencies are willing to rent to non-Japanese folks, and there are even agencies dedicated exclusively to foreigners. As the host of the 2020 Summer Olympics, Tokyo especially took measures to make the city more foreign-friendly, an attitude which affected many areas of the city, including housing agencies.

Before signing the contract, check for those sometimes hidden Japanese apartment costs like reikin (礼金) and shikikin (敷 金). Reikin, known as “gift money” or “key money,” is sometimes made to the owner of an apartment before entering it. It’s usually equivalent to 1-2 months’ rent and is strongly rooted in Japanese culture. It does not cover your first couple months or rent, and is separate from the deposit. Still used in most of Japan (especially Tokyo), it doesn’t even exist up in Hokkaido.

Shikikin is the deposit, which is pretty standard in a rental agreement in the US. It’s usually equivalent to a month or two of rent, paid in advance, and if there aren’t any damages or problems to the place while you’re staying there, it’ll come back to you at the end of the contract.

In some cases this means the costs of renting an apartment in Japan could mean 5 or 6 months’ rent up front, right when you move in. Yikes! Be prepared! Be sure to have all your ID and proper documents when coming in to sign the contract. You’ll be told what you need to bring, but don’t forget your residence card (在留カード) and passport. 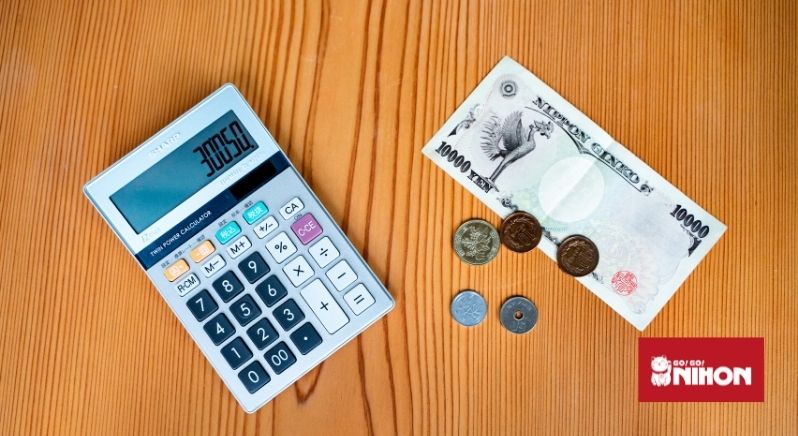 And then come the bills! Electricity, water, and gas are generally based on consumption. You’ll get bills in your mailbox, which you can easily pay at convenience stores, post offices, or banks. You can also set up direct debits which take from your Japanese bank account monthly, leaving you with a receipt every month. Methods of payment can be worked out with the owner or agency, so make sure to square that all away.

Contracts are usually two years and fairly easy to cancel, given you follow all the proper procedure: notify in advance, respect all procedure noted in the contract, contacting the utilities to let them know you are leaving the apartment, etc.

It sounds intimidating, but it just takes going through the proper steps and you’ll be renting an apartment in Japan in no time. More and more foreigner-friendly agencies are popping up such as those Go! Go! Nihon partners with, so don’t worry about whether or not you’ll be able to find an apartment in Japan. Those looking to save money while they’re there should check out our article to get some more ideas. Last but certainly not least, if you’re coming to study on a student or even a tourist visa, Go! Go! Nihon will be able to help you. We’ll find you accommodation and support you through the entire booking process. Go take a look at our website!

For other useful information about life in Japan keep following our blog.

9069
Study Trips Accommodations Advertise with us