The impressive public transportation system in Japan spans across all four of its major islands. It is a now privatized system comprising of JR Hokkaido, JR East, JR Central, JR West, JR Shikoku, and JR Kyushu. Together, they run a nationwide network of rail lines as well as the Shinkansen—bullet train—lines. It’s no wonder then that all these dizzying rail maps and timetables can be intimidating!

Maybe you’re wondering, “What’s the difference between the JR System and the Subway? How do I read those maps with all of the colored lines? What’s up with all the train platform symbols?” Taking the train in Japan may be a bit scary at first, but don’t worry, we’ve got you covered. First, take a deep breath. Okay, here we go! 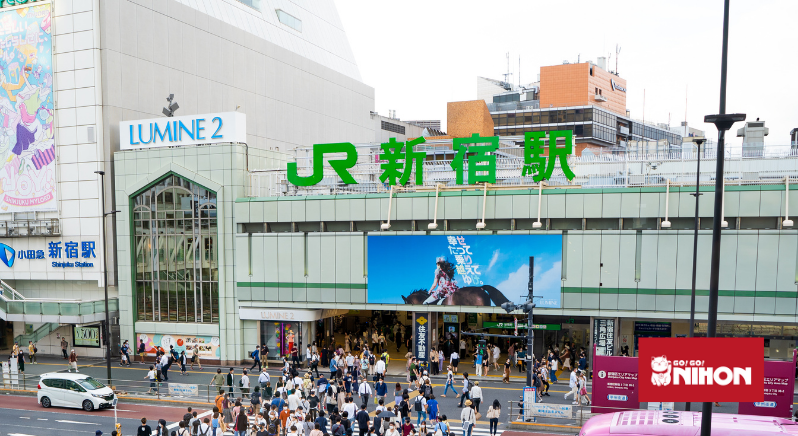 Before we start, make sure to know whether you’re traveling by subway or JR train. They’re different lines, and so different stops will be available. JR stations will always have the JR symbol above them, and local metros/subways will differ depending on the city. Upon arrival at a station, it’s important to read the signs. Luckily, most everything will also be in English unless at a very small station. Again, remember that if you arrived at a station by subway and want to hop on a JR line, you’ll need to first exit the metro by inserting your ticket or IC card through a ticket gate, then following signs towards the JR lines in order to transfer.

Tickets can be bought at the machines—which usually have an English language selection on the main screen—located near the gates. On the screen, there’ll be boxes with numbers. These are the ticket prices. Find out how much it takes to get to your destination by looking at the map, usually located right above the machines, then buy that ticket price. On the map, your current station will usually be the biggest square. All of the numbers below each stop are the price in terms of how much it will cost to get from your current station to that station. If transferring, you’ll have to find the corresponding transfer line (a different color line on the map) and make sure you get off at the station that connects the two lines. It sounds a little confusing at first, but the map makes it pretty easy to get used to.

We mentioned PASMO/Suica cards before in our Steps to take upon arrival article. This would help lessen the headache in finding costs to get to each station, as you’d simply need to fill up the card— bought at Suica ticket machines and charged at any ticket machine—and swipe it at ticket gates to get through. 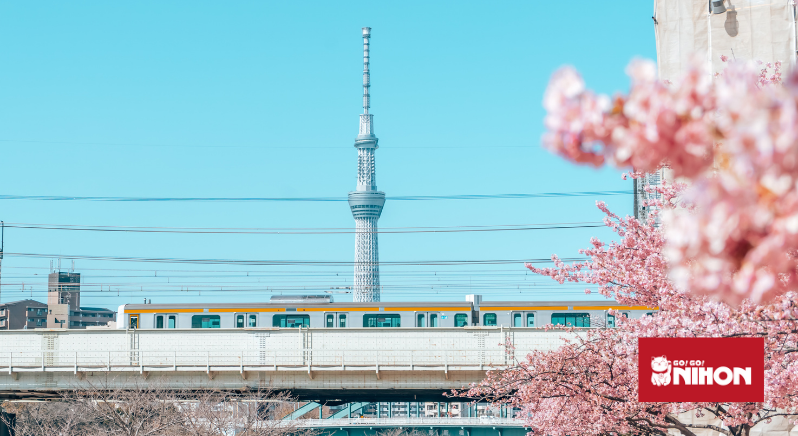 Knowing which way to go

At a station, look for train platform symbols that point in the direction you need to go. Lines have names that correspond to a major stop/city they’re heading towards, so if your stop is along the way, then that’s what you’ll be looking for. For example, a sign can say “Akihabara Line – to Kanda”, which means it’s the Akihabara Line that makes its way towards Kanda station. If your stop is in the opposite direction you’ll need to find the Akihabara Line pointing towards a station in that direction, as opposed to Kanda. Find out which station or line you need to head towards, and follow the arrows on the signs.

Along the platform you’ll usually be able to find signs listing what line you’re getting on, what station you’re at, what direction you’re heading, and all the stations along the way. If you realize you’re on the wrong side of the platform, there is always a passageway or staircase to get to the other side.

Quick tip: the middle cars of the train are usually most crowded, so you might have a better chance on the first and last cars. This may vary though. If this is rush hour in a big city, you should pretty much expect to stand.

Mapping out your route

Hyperdia is an amazing tool that finds public transportation routes between any two stations in Japan of your choice. Jorudan is another great tool, but for the sake of simplicity, we’ll stick with Hyperdia. It’s got an English interface as well as options for Japan Rail Pass holders. Simply input details and you’ll get a window showing the total travel time, distance, cost, and exactly where you’ll be needing to go for each transfer should you have any. A small problem with Hyperdia is its difficulty in recognizing alternate station name spellings, so make sure you know exactly how the station is spelled, down to any dashes or lack thereof.

Taking the train in Japan takes a little bit of time to get the hang of, but that’s part of the adventure! In no time, you’ll be hopping on and off of trains and metros and seeing how easy it is to have access to such a wonderful system, you’ll have mastered public transportation in Japan. Plan ahead (especially towards the end of the night, when trains stop coming by), fill up your IC card, and see you over here!

4948
Study Trips Accommodations Advertise with us