As every culture has its ghosts and ghouls, so too do the Japanese in the form of yōkai (妖怪). Made up of two kanji that represent “bewitching; calamity” and “apparition; mystery; suspicious,” they also come by different names such as ayakashi or mononoke (sound familiar? A famous Ghibli movie, perhaps?). Yōkai are the Japanese monsters that make up all the manifestations beyond the human realm, and though some are evil, others choose not to associate with the human world.

They often have supernatural abilities like shapeshifting, and can possess animal features—like the Kappa, which is similar to a turtle. These traits trace back to Japan’s roots in animism, along with its history of Buddhist and Shinto philosophies woven into its timeline. According to these beliefs, spirits called mononoke (物の怪)—further divided into nigi-mitama (good fortune) and ara-mitama (ill fortune)—reside in all things.

Ara-mitama were converted into nigi-mitama under rituals, however if those rituals failed due to insufficient veneration, they then became yōkai. These yōkai have been popular since the middle ages, and there are certain types known by nearly every Japanese person since childhood.

Types of ghosts and ghouls 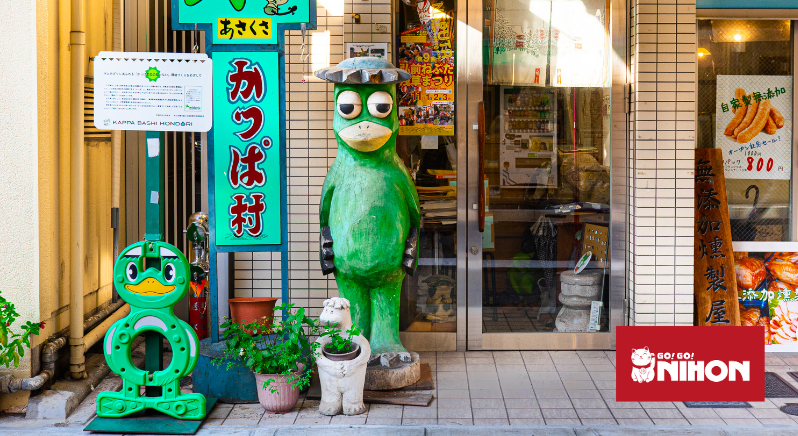 The Kappa, translating to river-child, is a yōkai reaching back to ancient times. It was meant to scare children into staying away from areas of deep water. After all, drowning would be the least of your worries if compared to running into a monster, right?!

With a human-like form, webbed hands, feet, and a turtle-like shell, the Kappa also has a dish on its head that holds water. This dish is its life force, and if its water spills, the Kappa is weakened. These Japanese monsters are seen as mischievous tricksters, though this can range to the downright diabolical such as kidnapping or raping women.

They love cucumbers. In old Tokyo, there was a tradition where people wrote their family members’ names onto cucumbers and sent them downstream to appease the Kappa. Looking for protection before a swim out in the ocean? Bring a cucumber! 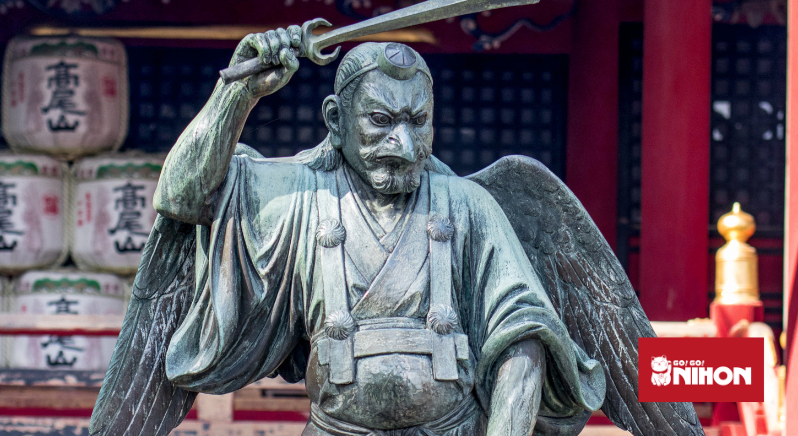 Meaning “heavenly dog”, Tengu can be considered a god in the Shinto religion, as well as a demon and omen of war in Buddhism. Some bad, some good; they come in a variety of shapes, mainly a large anthropomorphized bird with a red face and long nose or beak. They’re often shown holding a fan made of feathers (羽団扇) with the power to summon powerful winds.

Tengu are known to be opponents of Buddhism, carrying off monks and throwing them into remote places. They possess women in order to seduce holy men, rob temples, and disguise themselves as false priests. Over time, the Tengu image has softened to the point that in some circles, they are considered deities. Some consider them to be staunch defenders of forests, so if hiking the many beautiful forests of Japan, keep an eye out for that long nose! 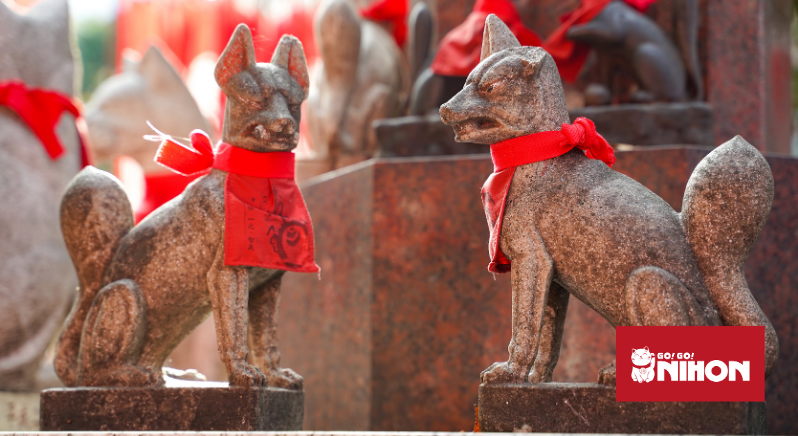 Kitsune is the Japanese word for fox, and similar to Western folklore, they’re known as clever animals. In Japanese mythology, however, they possess the ability to shapeshift and cause a bit of mischief. They’ve been known to take control of women by entering through their fingernails or breasts, a trick known as kitsune-tsuki (狐付き).

Kitsune live long, are intelligent, and possess powerful magic. There are good foxes as well as bad, some possessing up to nine tails—with a greater number correlating with more power. It’s believed that after reaching 1,000 years old and gaining their ninth tail, kitsune turn into golden heavenly foxes (天狐, tenko). Interested in seeing these guardians in all their stoic grandeur? Stop by the Fushimi Inari shrine in Kyoto, where these spirits silently keep watch over its visitors. Tanuki fall into the category of Japanese monsters, but they are a whole category of their own! These raccoon dogs (and I say raccoon dog because they’re not quite raccoon, and not quite dog. They’re their own unique species in Japan) are mischievous shapeshifters that can take human form. They’re easy to spot, as it only takes a stroll down one of Japan’s many small alleys to spot a tanuki statue sitting outside an izakaya or shop as a sign of good luck and wealth. 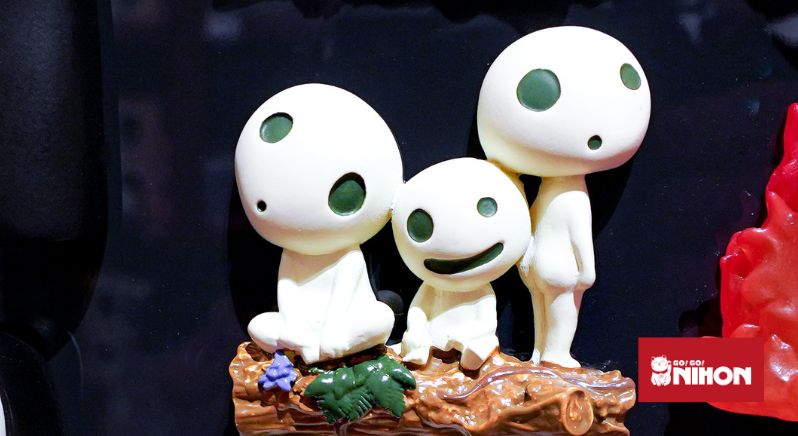 Kodama are spirits that inhabit the trees, similar to Dryads in Greek mythology. They can be seen as mountain gods, and in some parts of Japan, prayers are made to each kodama before a tree is cut down. Their appearances vary from that of ghostly lights to more humanlike figures, such as the white bobble-head like people in Princess Mononoke from Studio Ghibli.

In Japanese folklore, tools that have reached a hundred years of age acquire a spirit and identity. Their name meaning divine object, these inanimate items become endowed with souls that can become angered when treated wastefully or thoughtlessly.

Not a bad idea to teach, is it? Items shouldn’t be wasted or thrown away so quickly. To honor and make use of them would help keep the world a lot cleaner. 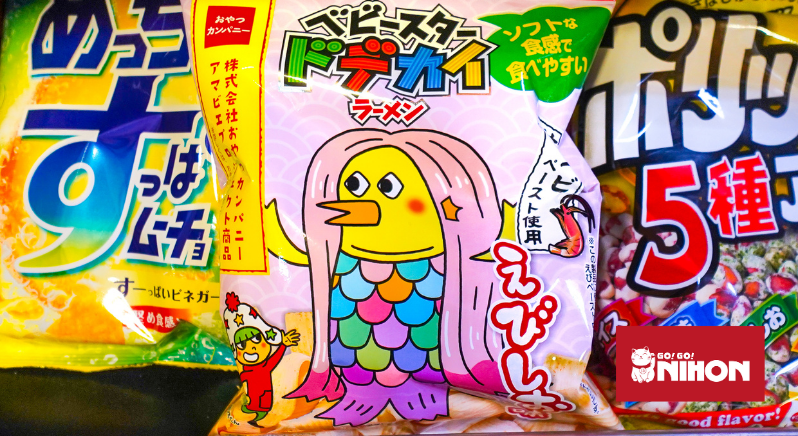 This mermaid-like yōkai has a beak for a mouth and three legs. The only documented record of amabie is on a woodblock sheet from 1846 that describes the amabie emerging in front of an official in modern day Kumamoto prefecture. It made two prophesies: a rich harvest and an epidemic. It instructed to people to draw an image of it and share it in order to get rid of the epidemic.

During 2020, as the world dealt with the COVID-19 pandemic, images of amabie went viral all around the world.

And then there are the ghosts of the dead, unable to reach the peace of the afterlife, stuck and suffering in limbo. The two kanji 幽霊 (yūrei) mean “faint” or “dim,” and “soul” or “spirit” respectively. A typical yūrei will have long, messy (and scary) black hair, white clothing, hands dangling lifelessly, sometimes no legs, and accompanied by floating flames.

According to traditional beliefs; when a person dies, his or her reikon (spirit) goes to purgatory, where it awaits a proper funeral and rites to be performed before it may travel to its final resting place along with its ancestors. Yūrei are reikon that have been interrupted in this process. Murder, suicide, revenge, hatred, or sorrow, are among some of the many strong feelings that may leave a yūrei chained in between our world and the next. To properly move on, funeral rites must be performed or the conflict keeping it there must be resolved.

Japan’s folklore and ghost stories run as deep as its long history. A simple essay hardly scratches the surface, but a trip to this country is a good way to see just how intricate these beliefs are. Take a stroll through museums, read its books, or simply travel along roads and read the historical markers etched through the country. It’s worth it.

50033
Study Trips Accommodations Advertise with us