Halloween in Japan isn’t as all-encompassing as it is in the west but with major parties taking place in the centre of Tokyo, it’s still the perfect excuse to get dressed up. So what are the favourite Halloween costumes in Japan, a country that doesn’t technically celebrate Halloween.

As you might expect, a lot are based on popular movies released over the year and some classic characters.

Here are our top 10 to give you some inspiration.

Wherever you are in the world, a Disney costume is always a safe bet and Japan is no different, particularly with Disneyland and DisneySea on its doorstep. With the new Lion King, Aladdin and Toy Story films out, expect some classic princesses mixed with characters from this year’s hits.

Another one influenced by this year’s pop culture, you can expect a similar amount of Jokers this year compared to when Suicide Squad or The Dark Knight were released.

Next is a bit more unique to Japan. While the concept is somewhat akin to the general concept of a ghost the resulting costume is a bit creepier than a traditional sheet over the head. With long straight black hair, a white robe and dangling bare hands and feet, it’s a spooky image for sure, just think how scary the ring is and go from there. There are also different types of Yūrei so you can put a spin on the classic.

Lower down the list are the opposites of point 1, Disney villains. Once again a lot will be inspired by this year’s new film releases like Maleficent, but the classics are sure to make an appearance too. You’re sure to spot Cruella de Vil or Ursula hanging around in Shibuya on Halloween. 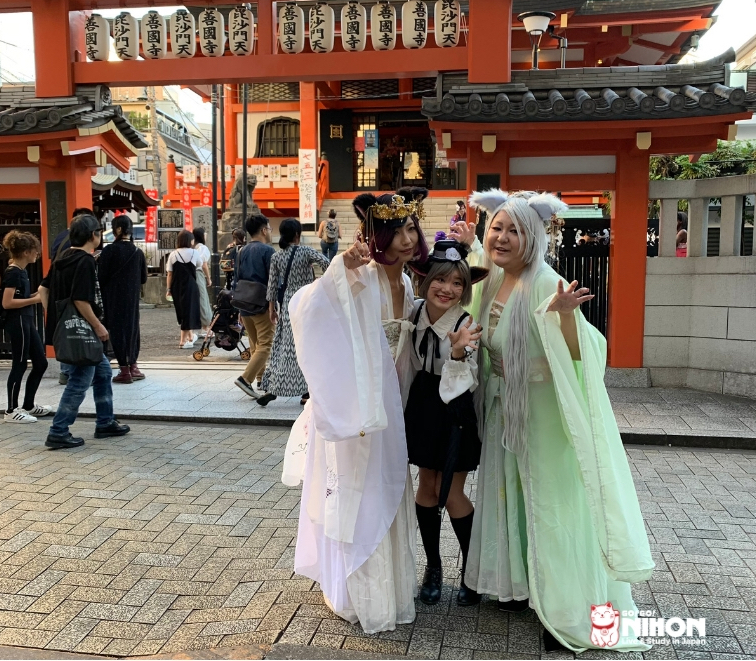 Now a cat costume may seem like one of the usual boring takes on Halloween costumes. But wait, of course the Japanese do it a bit differently and a lot better. The Bakeneko parade in Kagurazaka is the place to go to see the best cat costumes. Bakeneko translates to monster cat, or cat with magical powers. The parade is open to all, with the only requirement being that you have to be dressed as a cat. You can get your face painted once you’re down there and there’s plenty of cat-related paraphernalia for those who want to go all out.

No list would be complete without the fan favourite Sailor Moon. This doesn’t need much explanation given the popularity of Sailor Moon in Japan but did you know that there’s a pretty popular zombie version too that is popular at Halloween.

With around 23 films from Marvel and 7 from DC since 2008, there’s plenty of inspiration for cool superhero costumes to pick from. They’re also a great choice if there’s a group of you that want to go in complementary costumes. 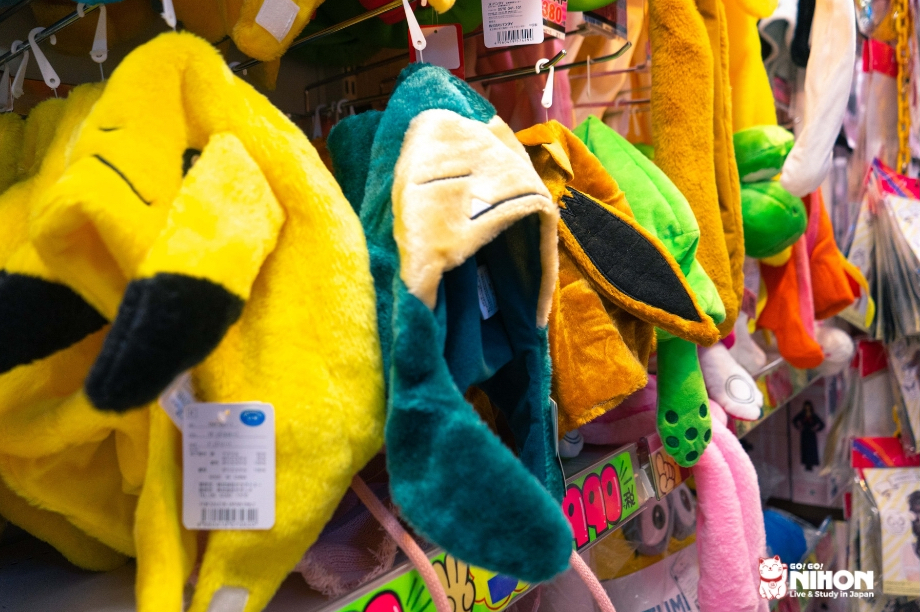 Of course there are also plenty of anime and game classics ranging from Super Mario to Pikachu and these costumes are also easy to find in the shops. Why not take it to the next level with a Pokemon character dressed up as another character! Our favourite’s, Pikachu dressed in a Mimikyu costume.

With a spectacular end to the series this year, no Halloween would be complete without some GoT characters. Whether you fancy yourself as Jon Snow or Danni there’s plenty to choose from.

Of course, no list of Halloween costumes in Japan would be complete without Ghibli characters. No face is definitely a popular one but with such a range of distinctive characters, there’s plenty of choice. Totoro and Kiki are also pretty popular but why not go all out and try and turn yourself into the cat bus or some of the other amazing creatures like Kamaji from Spirited Away or an Ohm from Nausicaa of the Valley of the Wind.

Where can I find the perfect costume?

Now you know what you’re dressing up as, where can you get the costumes? Well, whether you prefer to make your own or buy it fully formed and ready to go there’s plenty of places to go.

Our favourite is Don Quijote, a treasure trove of a shop, it has a range of classic costumes as well as some weird and wonderful masks if you fancy something different. It’s also a great place to get some makeup to give yourself some gruesome features.

Some other common places to get your Halloween costumes in Japan are Loft, Tokyu Hands, Rakuten and Amazon. However, as a student studying in Japan, maybe you don’t have much money to splash out on a costume. If this is the case, we recommend trying out the 100 Yen stores, they have surprisingly good options for putting together your costume and are a great place to get parts if you’re looking to make it yourself.

Now you have your costume sorted you need a plan and a party, check out our overview on Halloween in Japan for some ideas.

Tags: night life, study in japan, things to do

1572
Study Trips Accommodations Advertise with us