When thinking about the similarities and differences between Japanese and English, more differences probably come to mind than similarities. From their origins to the way they’re written and how they sound, there are plenty of ways the two languages differ.

Learn more about these differences and find out what the similarities are (yes, there are some similarities, too!).

Similarities between Japanese and English 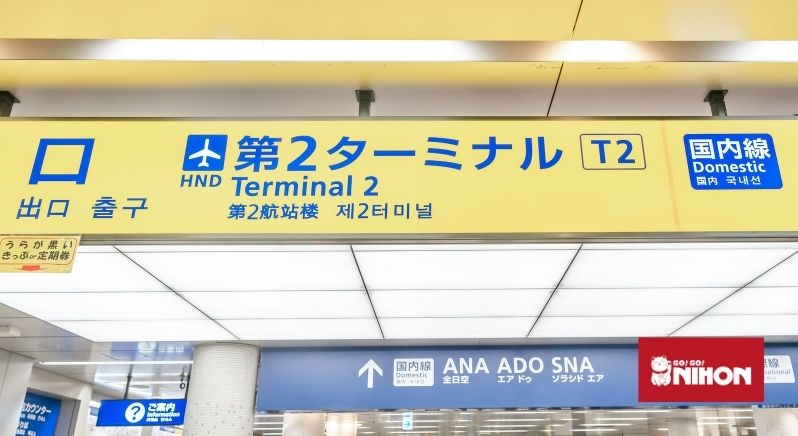 Japanese uses many loanwords from English, as well as other non-Japanese languages. These words are called ​​gairaigo 外来語 and started coming into Japan around the 19th century.

Here are some more commonly used English loanwords in Japanese that have the same meaning in both languages:

There is also a category of words in Japanese with English origins that don’t have quite the same meaning as in English. These are called wasei eigo 和製英語 and include words such as:

サラリーマン
Sararīman
Office worker (used to describe a typical Japanese office worker, usually a man). From the words “salary” and “man” in English.

マンション
Manshon
Refers to an apartment complex. From the English word “mansion”.

You might also be surprised at how many Japanese loan words exist in English, too. Words like tsunami, karaoke and emoji are all part of our vocabulary in English. Find out what other Japanese loanwords there are in English in our article. 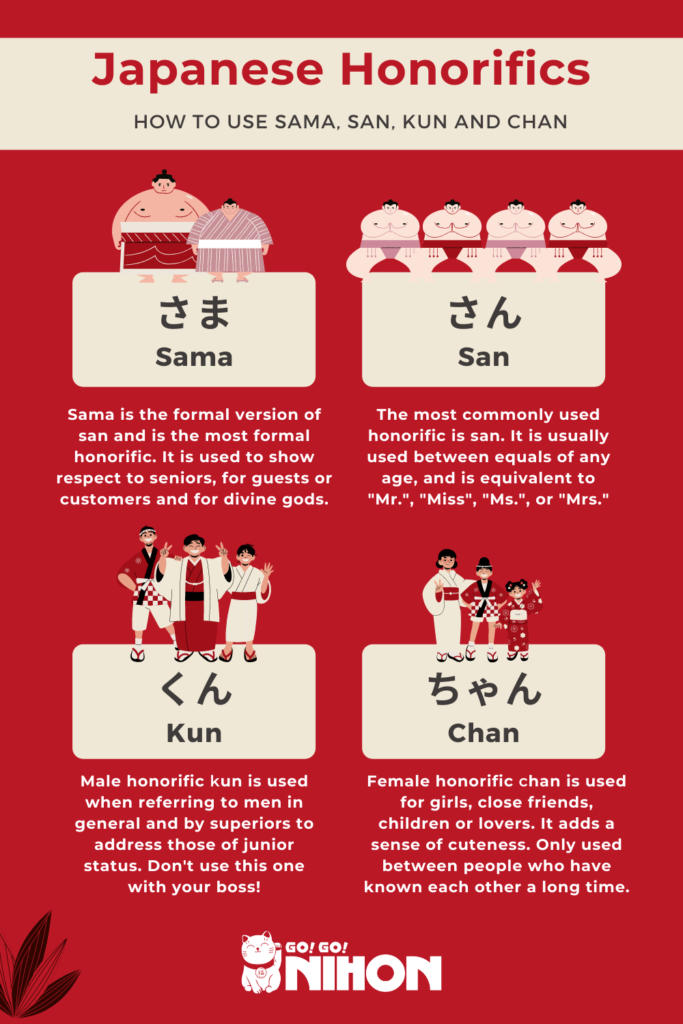 You might think of Japanese as being a very honorific-heavy language: sama, san, kun, chan – it’s an indispensable part of the language and how you interact with others in Japan. We have an entire article dedicated to explaining Japanese honorifics and how they work if you want to learn more.

English also has honorifics – they’re just not used as much on a daily basis as they are in Japanese. Mr, Mrs, Miss and Ms are still commonly used for things like official documentation and medical forms, while the use of honorifics like “ma’am” and “sir” varies depending on where in the world you are.

Differences between Japanese and English

There are far more differences between Japanese and English than there are similarities. But that just means there is more to learn and discover! Here are some of the main differences.

English and Japanese have vastly different origins. English originated in Britain in the early 5th century from groups of Anglo-Saxon migrants who brought their language over from the European continent. This, combined with some Celtic and Latin, formed Old English, which is totally incomprehensible to English speakers today.

The language continued to develop with some Old Norse influences, but only started transforming into the English we recognise today after William the Conqueror invaded England and brought with him his version of the French language.

Today’s English shares the most in common with German and French, but also has common roots with Russian, Hindi, Punjabi and Persian.

Japanese also has strong Chinese influences in its writing. The Chinese language was brought over by Chinese people who lived in Japan and it was adopted into Japanese from as early as the 5th century CE. 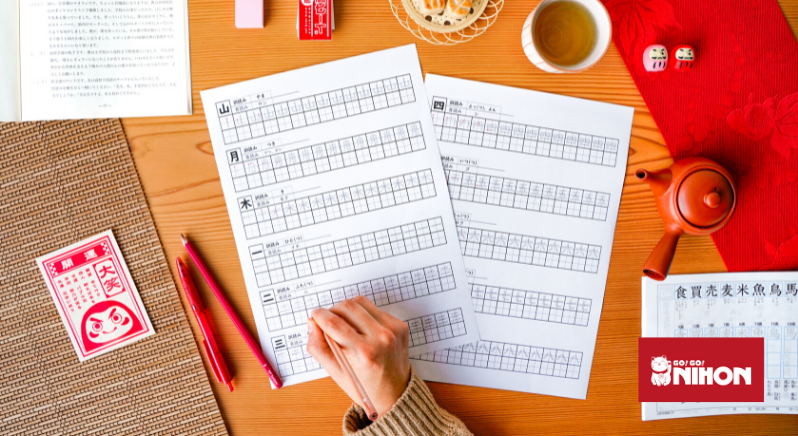 While English uses a 26-letter Latin alphabet to form words, Japanese uses three different writing systems: hiragana, katakana and kanji. Hiragana and katakana are made up of 46 base syllables each, with hiragana being used for native Japanese words and grammar and katakana  being used primarily for words of foreign origin.

Kanji are Chinese characters, of which there are over 50,000 – although realistically, most adults know nowhere near this number. If you’re a Japanese learner and wish to reach the top level of the Japanese Language Proficiency Test, you will need to know around 2000 kanji.

You can learn more about the Japanese writing system here.

For example, the sentence: “I eat breakfast everyday at 7 o’clock” would be:

The breakdown of the structure is:
Watashi wa, 私は (I) – subject

Overall, Japanese has fewer vowel and consonant sounds than English and the sounds are very regular. This means that you mostly pronounce things how they are written, which isn’t true for English.

As an example, the words “cough”, “though” and “through” all have the same “ough” combination in them. However they are all pronounced differently.

There are some tricky parts of Japanese pronunciation that often trip English-speakers up: the double consonant and long vowels. We have an article dedicated to explaining these points here.

Additionally, Japanese doesn’t contain the “R” sound. So words like “ramen” and “riyū” (reason) aren’t pronounced with a hard “r”. Instead, it’s somewhere between the “r” and “l” sounds.

One of the reasons Japanese can be difficult to learn is because of its different levels of formality. Keigo 敬語, or Japanese honorific speech, is an indispensable part of the language and society, especially if you want to work in Japan. Within keigo itself there are different types of keigo depending on the situation and who you are talking to. Learn more in our article.

In English you can use different words and tone to convey politeness, but there isn’t an equivalent to keigo.

467
Study Trips Accommodations Advertise with us