Living in Kofu is a unique experience compared to the other major cities in Japan. Of course, this city, the capital of Yamanashi, is a busy place but it’s a lot quieter and more relaxed than most, with views of Mt. Fuji to the south and the countryside surrounding the city.

Obviously, there’s some great food in the region, but what else makes Kofu a great place to live? Well, we’ve put together a list of our favourite places and things to do in this beautiful city.

Kofu castle is known as Maizuru Castle and the site dates back to the 16th Century. It encompasses the ruins of the original castle on the site as well as some replica buildings of some features. The castle and park grounds are particularly interesting in this respect as on most Japanese castle sites, they have reconstructed and manicured the sites whereas this is a little more stripped back. However, it’s still very well maintained and worth a day’s exploration.

None of our lists are complete without our favourite temple in the city. Another 16th Century treat, Kai-Zenkoji offers a similar experience to the Zenkoji temple in Nagano. This is because, when built, they feared that the original in Nagano would be destroyed in the war. As such Kai-Zenkoji offers a quieter experience with similar features such as the dark underground passage leading to a key to paradise that offers those who touch it redemption.

To the north of the city is the beautiful Shosenkyo Gorge part of the Chichibu Tama Kai National Park. One of the best spots in the autumn for the glorious reds and oranges of the changing leaves on the trees that line the gorge.

Another natural delight. The Fuji 5 lakes to the south of the city are one of the wonders of Japan with peaceful views over the lakes to the awe-inspiring Mount Fuji in the south. Each lake has something slightly different to offer and we recommend exploring each one. 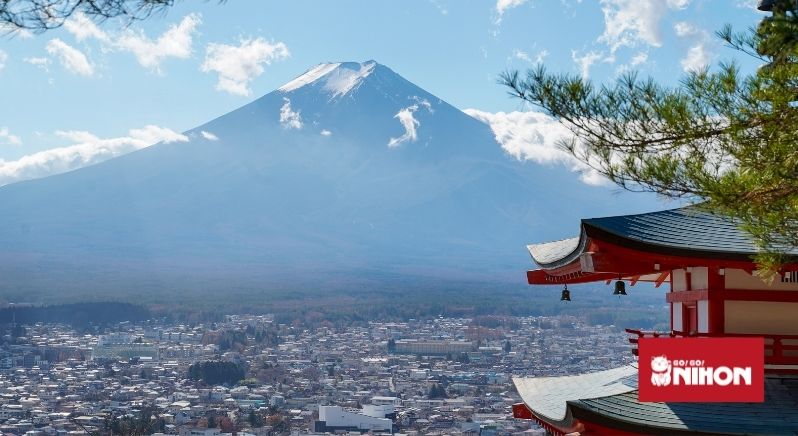 While you’re exploring the surrounds of Kofu and enjoying Yamanashi, then you must stop by the Chureito Pagoda. The sun setting over the pagoda with Fuji in the background is possibly one of the most iconic images of Japan in the world. Why not experience it for yourself this time.

The giant lake of Nosen is held in place by the Arakawa damn. If you’re already in the area for the Shosenkyo Gorge then this lake nestled in the mountains is also worth a visit. Again both spring and autumn offer spectacular scenery.

If you’re looking for something a little more exciting, a trip to Fuji-Q is well worth it. Japan is great at theme parks which you’ll know if you’ve been to Disneyland there. Fuji-Q is just as good, with the main attraction, a massive rollercoaster with views of Fuji. It’s slightly surreal but well worth the experience. 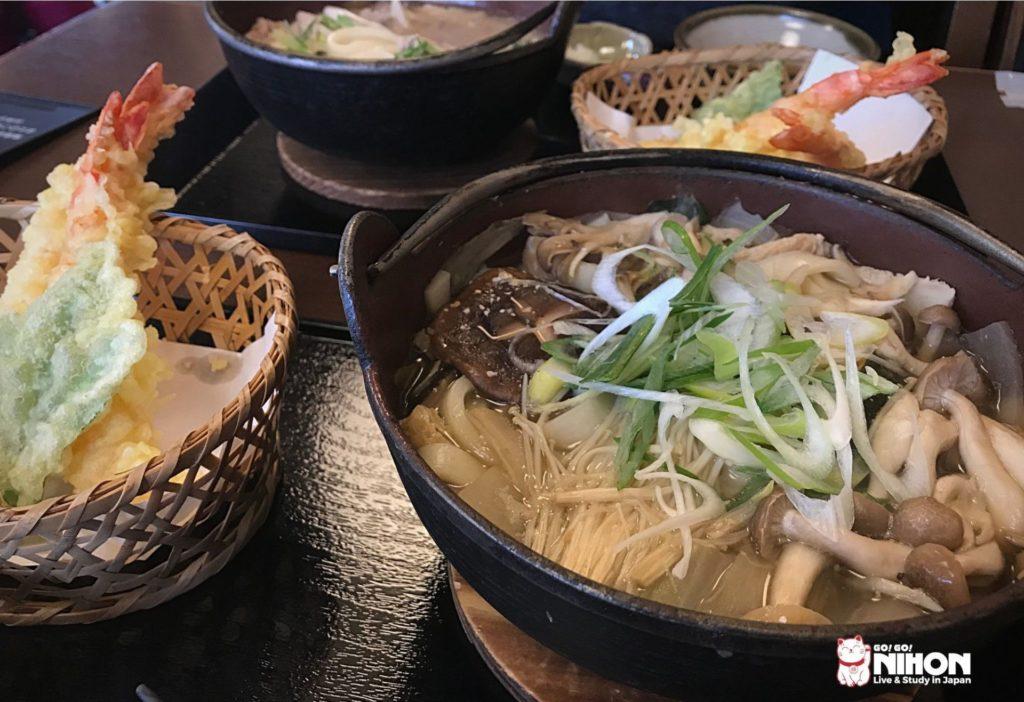 As with any place in Japan, understanding the best food and drink of the region is the first thing you should do when exploring a place.

In Kofu and in fact in the Yamanashi region as a whole, Hōtō noodles are the cuisine of choice for many. These are a thicker, flatter udon noodle which are served in a miso-based broth and often in an iron pot. This keeps the food warm and fits with the hearty soul-warming feeling that these noodles offer. Those living in the area love them so much that there’s a festival around them held in mid-April.

One of the benefits of living in a quieter area of the country is that food suppliers are less competitive and therefore the fruit and vegetables of the region are local, fresh and cheap (for Japan). There is strawberry and grape picking available in the surrounding countryside just outside the city and the best place to get the fruit and veg is directly from the farms.

This leads us on to the next delicious offering of Kofu and Yamanashi, wine. Japan generally isn’t known for its wine, however, given the climate and topography of this particular region, it’s not that surprising. Many of the vineyards do tours so you can sample the delights for yourself. It’s also a great way to get out into the countryside if you’re not that into the countryside. 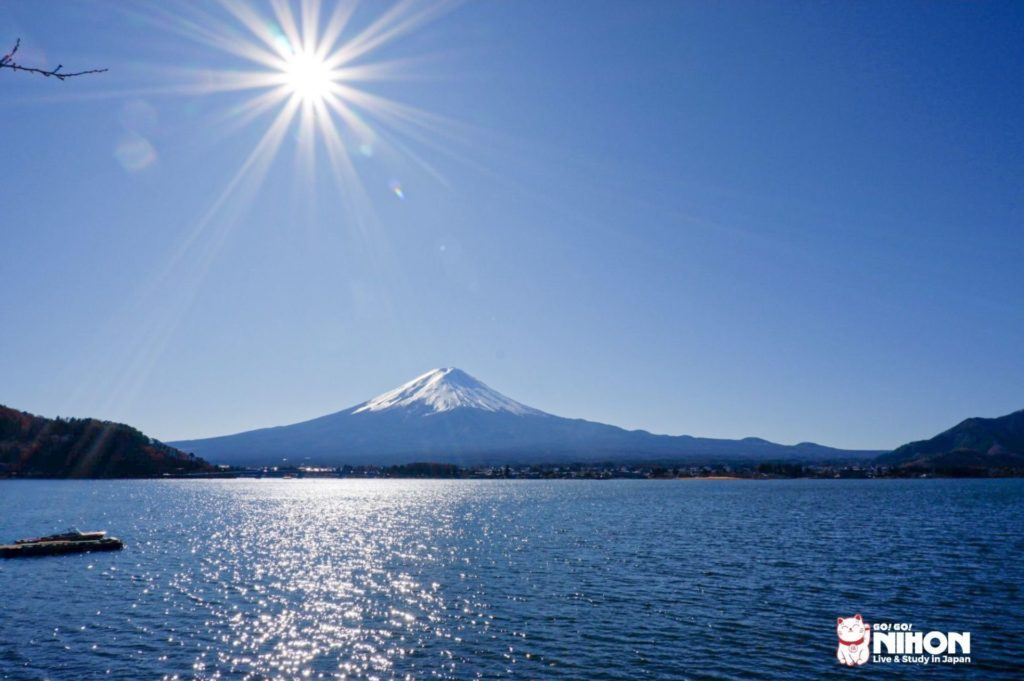 Why you should live there

Now you know what to do when living in Kofu, why exactly should you live there? As we’ve already mentioned, it’s a peaceful city with close proximity to a variety of nature, whether you like mountain climbing, hiking, or exploring the agriculture of the region, there’s something for you. You may already have noticed that half of Fuji is in the Yamanashi region meaning that if you’re living in Kofu, you’re not too far from the Yoshida trail.

As you’re surrounded by all this nature, the sakura season is possibly even more beautiful compared to the rest of the country and the autumn months are just as beautiful with the changing colours.

Being a smaller city, it’s much easier to get everywhere by bike and as there are fewer foreigners in the area, the locals are not as annoyed by them as they might be in Tokyo. This means that the locals are more than happy to help you practice your Japanese.

With the proximity to an active volcano like Fuji, there are plenty of hidden away onsen in the mountains that offer a retreat from city life and a chance to soak away your cares.

On the more exciting side of like, the region offers the Yoshida Fire Festival. As you might have guessed, this involves setting fire to things. A celebration of the end of the climbing season, torches lining the streets of the city are set alight at the same time, engulfing the streets in a bright blaze.

Last but not least, you’re still super close to everywhere else in the country. There’s a rapid train between Tokyo and Kofu meaning you can be back in the bright lights of the city in just over 2 hours.

Now you know what to eat and where to go, you’re ready for living in Kofu.

Tags: nature, study in japan, things to do

4641
Study Trips Accommodations Advertise with us