In August of 2018, I finished up my job in Tanegashima and started a 3 month journey from the southernmost island of Japan all the way up to the very top, and finally settling down in northeastern Hokkaidō. I lived in my car, taking advantage of Japan’s amazing network of rest stops (道の駅), which allow absolutely free car camping in a safe and convenient environment for anybody traveling the country by car. I drove through the regions of Japan and ate unforgettable foods at mom and pop restaurants and peeked into as much of the country as I could fit in.

It was beautiful to say the least, but those stories are for another time! What I mean to say is that Japan is divided into eight regions, each offering its own unique history (and trust me, I do mean very unique due to Japan’s history of warring states and clans), dialects—some so different from one another that they aren’t really even mutually intelligible, and wonderful food.

It consists of four main islands: Hokkaidō (北海道), Honshu (本州), Shikoku (四国), Kyūshū (九州), and then there are the Okinawa (沖縄) islands stretching down to neighboring Taiwan. These islands are then split into eight regions: Hokkaidō (北海道), Tōhoku (東北), Kantō (関 東), Chūbu (中部), Kansai (関 西), Chūgoku (中国), Shikoku (四 国), Kyūshū (九州)—though trust me, if you’re planning on visiting Kyūshū, the Okinawan islands that belong to the Kyūshū region are a world of their own. So different, in fact, that it used to be its own kingdom with its own language, and thus you’ll still be able to wander villages down there and hear languages that have little to do with Japanese. I couldn’t say enough about how beautiful it is down there.

That said, let’s dive in! 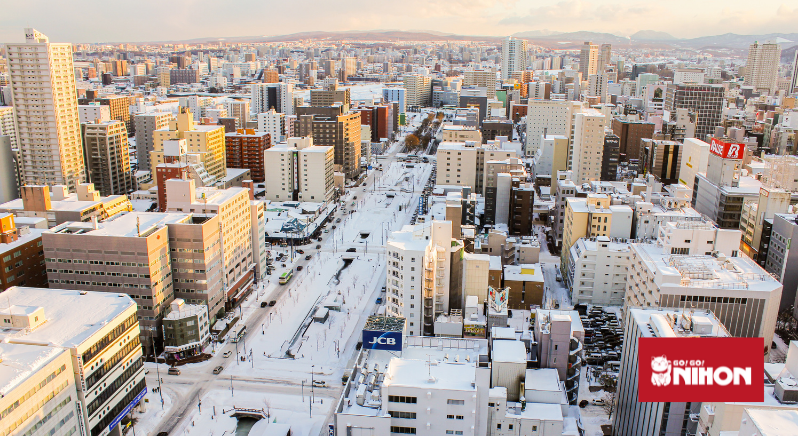 My base for the last two years, the beautifully cold and snowy island of Hokkaidō is the most recently populated island of Japan in terms of Japanese people, although its history to the indigenous Ainu is long and wrought with a beautiful yet difficult story. I highly encourage anyone interested in history or indigenous cultures to read about the Ainu and how they survived in such harsh conditions. Even a brief read about them will show readers just how different Japan is; a far cry from the culturally homogenous stereotype the country often has.

Annexed to Japan after the Meiji Restoration in 1868, Hokkaidō is lush with wide unpopulated landscapes such as the awe-inspiring Shiretoko Peninsula. The types of rare wildlife such as the Steller’s Sea Eagle, Blakiston’s Fish Owl, and enormous Ussuri Brown Bear are a huge contrast to the rest of Japan’s wild animals.

Parts of Hokkaido reach -35°C in Winter, with snow piling up far higher than two story buildings. The water is cold here (I’ll vouch for that, surfing in a dry-suit here before the ice floes come in and freeze over the oceans), but that makes for amazing fatty fish. If you like seafood, there is no other place in Japan (or maybe the world) that has sushi like Hokkaidō. 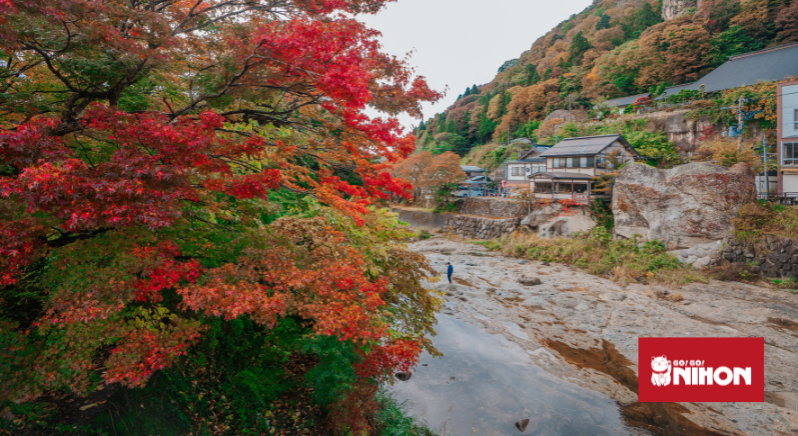 You may know this name due to the infamous 2011 earthquake and tsunami that destroyed the region and rocked an entire nation (literally moving the entire island of Honshu 2.4 meters East), but its history is long, and also filled with a very interesting dialect.

Tōhoku dialect can differ so much from standard Japanese that on nationwide media it’s subtitled for other parts of the country to understand. It could possibly have roots from the Emishi peoples, a separate group from the main Yamato (main Japanese ethnic group) that fled to the Tōhoku region to escape royal governance. 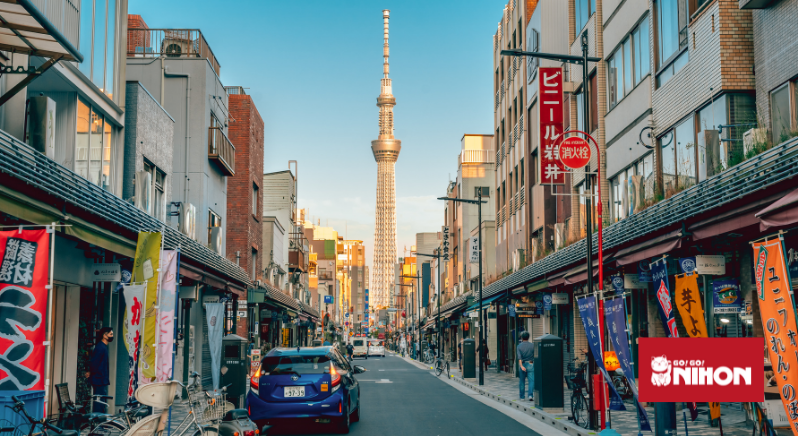 Comprising the eastern part of Honshu and—you guessed it—Tokyo, the Kantō region is the highly urbanized part of Japan that you’ve most likely seen on TV or somewhere on the internet.

It’s productive, it’s busy, it’s “standard Japanese,” it’s one of the mega-cities of the world. It’s that kind of Japan. Public transport is the veins of a country, and stepping onto a bus or train in this region of the country will shoot you to anywhere you want to go in Japan.

There are endless things to do here, endless things to see, but I’m sure you know that about Tokyo. If you’re driving, go through the Tokyo Aqua Line (東京湾アクアライン、とうきょうアクアライン), a bridge and tunnel that go underneath the Tokyo Bay. There’s an artificial island in the middle to stop at called Umihotaru (海ほたる、うみほたる), offering a fun escape from the big city. 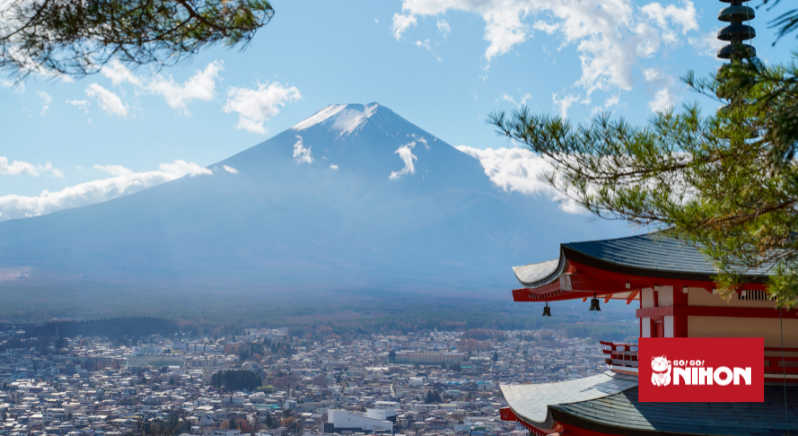 Here’s where you’ll find Mount Fuji, the iconic mountain on Japan’s ¥1000 bill, also in the back of the famous Great Wave off Kanagawa (神奈川沖浪裏). Those keen to hike should be prepared for cold weather up at top, and those looking for a different spin on Mount Fuji should check out Lake Motosuko (本栖湖) to see exactly what you see on the back of that ¥1000 bill!

Of the regions of Japan, the Chūbu region is the widest part of Honshū and the central part is characterized by high, rugged mountains. Old villages like Shirakawa-gō (白川郷, White River Old-District) still maintain very unique architecture built to shed the heavily snowy winters in the mountains. Nagoya (名古屋), the most populated city in the region, is a bustling manufacturing hub also home to some awesome snowboarding. 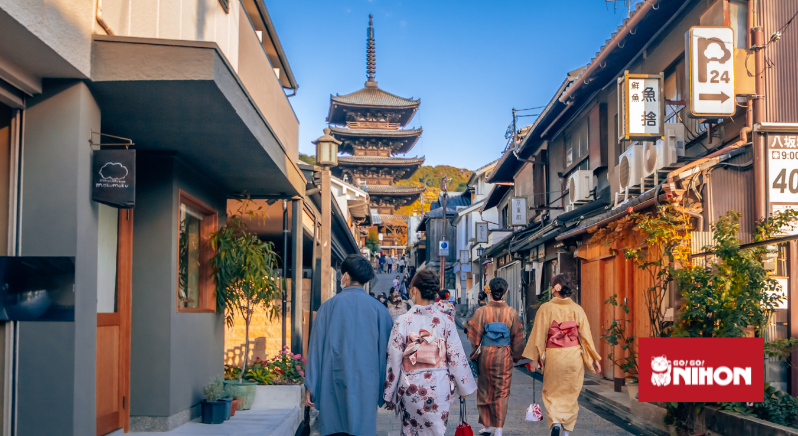 The Kansai region houses the country’s cultural history. Here, cities like Nara (奈良)—Japan’s ancient capital city—and Kyoto (京都)—the next chosen capital city after Nara—have ancient foods, customs, histories, museums, and just about anything you want to know about how Japan became what it is today.

It’s also where you’ll find the Kansai dialect, a hard hitting, fast and very tonally different dialect that used to be the de facto Japanese back when Nara and Kyoto were the capitals. Many of Japan’s famous comedians and TV personalities are from the Kansai region, so just turn on the TV and see how different the Kansai dialect is from standard Japanese.

Among the regions of Japan, Chūgoku is where you’ll find Hiroshima, the city tragically hit by America’s atomic bomb at the end of World War II. Though painful to face, lest history repeat itself, it should always be remembered; so if you have time, stop by the Hiroshima Peace Memorial Museum and learn about both sides of the story and remember its victims.

Catch a ferry to nearby Miyajima to see Itsukushima, the Shinto shrine in the middle of the sea. Drop by Yamaguchi prefecture and see two of my favorites, the Kintai bridge (錦帯橋) and Tsunoshima (角島), with a long bridge stretching over emerald blue waters.

Shikoku, the least populated of Japan’s four major islands, is worth the visit! It boasts amazing fish, beautiful views on bridges that connect the many tiny islands dotting the region, and famous udon. It’s known for its eighty-eight Buddhist temples, a path known as the Shikoku Junrei (四国巡礼) for pilgrims wishing to undertake the journey on foot. The standard course is around 1200 kilometers and takes 1 to 2 months to complete.

It may seem easy to skip over Shikoku, but this island boasts natural beauty all over its scenic drives, so definitely give it a chance if you’re touring all of the regions of Japan. 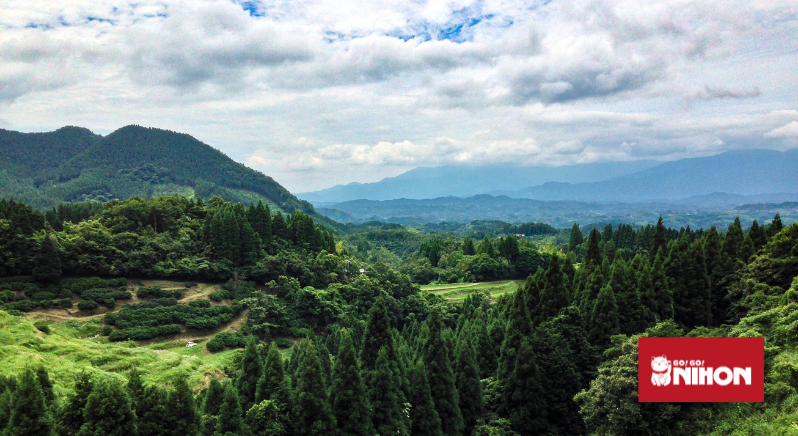 Kyūshū is where I spent 5 years working and living, and I couldn’t say enough of its beauty. From fun-filled Fukuoka (福岡) to the many hot springs in Beppu (別府) and Oita (大分) to my second home, the best-kept secret of Tanegashima (種子島), down to the endless wonder of Okinawa (沖縄) and the Ryukyu Islands.

The southern tip of mainland Kyūshū is where visitors will find the Kagoshima dialect, steeped in history when Saigo Takamori led a rebellion against the government. Tanegashima is a small rural surf island with an interesting Kansai dialect due to an expulsion of Kyoto’s court and subsequent move to the island long ago. Further south you’ll find Okinawa and the Ryukyu’s, a world and culture in and of itself. The people are kind, the islands are tropical, and the food, music, and language are far from Japanese.

Each of Japan’s regions deserves many more pages than in this brief review, for Japan is so much more than the single homogenous society it is sometimes labeled. Come check it out for yourself. Better yet, come check out every region and see what makes this country so unique.

11675
Study Trips Accommodations Advertise with us