Japanese pop music, or J-Pop, is popular all around the world thanks to movies, anime and the internet. But did you know Japan also has an incredibly rich and long history of traditional music and theatre? Traditional Japanese music, or hōgaku 邦楽, has roots in China, but developed its own distinct sounds and customs over time.

Read on to learn about the history and evolution of traditional Japanese music and it’s connection with theatre.

Traditional Japanese music generally includes gagaku 雅楽, or classical imperial court music, and shōmyō 称名, a type of Buddhist chant. Gagaku is the oldest music tradition in Japan and entered Japan as Chinese court music early in the 10th century. Shōmyō originates from Chinese versions of Indian Vedic chants, which are the verbal expressions of hymns from ancient scriptures of Hinduism.

As music became more accessible outside of temples and the imperial palace, it became more engrained in Japanese society as a whole. Traditional musical instruments also started to develop along with the music.

The koto is considered the national instrument of Japan and is thought to have arrived in Japan from China in the 8th century.

There are similar types of instruments found in China, Mongolia, Vietnam and Korea.

This is a three-stringed instrument that came from a Chinese instrument, sanxian. When played, it is held similarly to a guitar and looks like a guitar, with a long thin neck. It has three strings and is played using a plectrum, which is a flat pick.

A flute traditionally made out of bamboo and consisting of five holes. It is derived from a Chinese instrument that came to Japan during the 7th century.

It is played for music, but also for meditation by the Fuke sect of Buddhism. 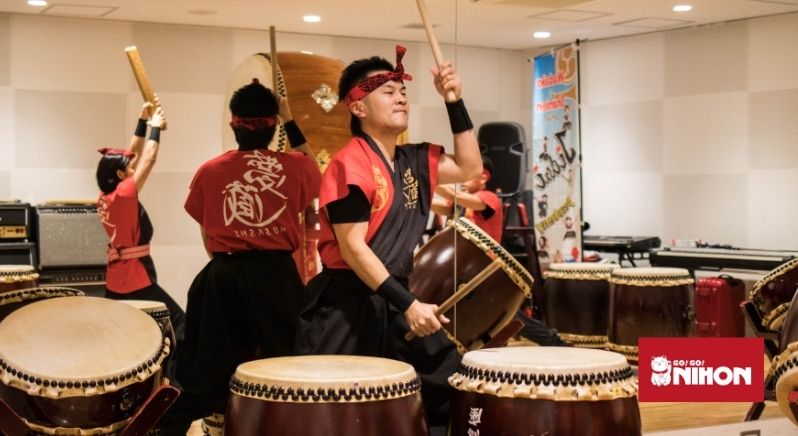 Taiko is not considered a classical instrument of Japan, but it is very closely associated with traditional Japanese music. The word “taiko” means drum and it started out as a battlefield instrument before being adopted as a religious one. It is also used in gagaku music.

Today, taiko is often performed in an ensemble and you’ll often see and hear taiko performances at festivals.

Traditional Japanese music is closely tied with Japanese theatre and you’ll often see and hear traditional instruments in theatre shows. There are three main types of classical theatre in Japan.

This is the oldest performing art in Japan and one of the oldest in the world that is still performed today. It’s characterised by little to no stage pieces, slow movements, simple music, but elaborate costumes. The actors wear masks to represent their characters. 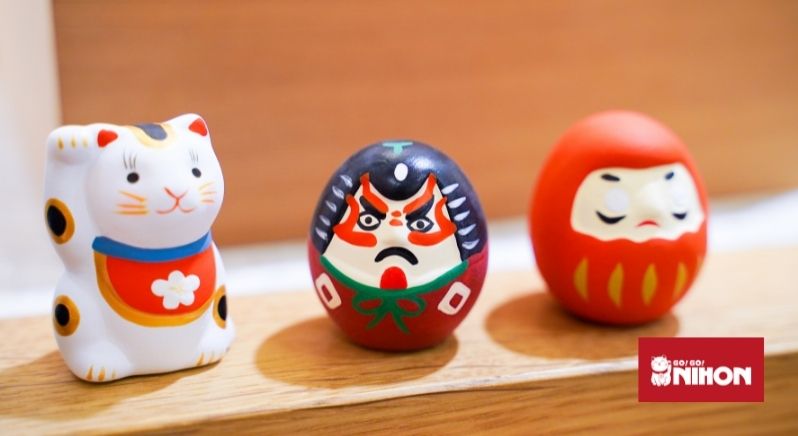 This is probably what many people think of when they think of Japanese theatre. Intricate costumes, live music and bold movements characterise this form of theatre. Rather than masks, performers paint their faces to depict the characters.

Together with Noh and Kabuki, bunraku is considered a major classic theatre of Japan and a UNESCO Intangible Cultural Heritage. It features puppets and a narrator and is accompanied by the shamisen. Sometimes the taiko may also be incorporated.

One of the best and most rewarding ways to learn about Japanese culture is to experience it yourself. We’re currently taking applications to live and study in Japan in 2022. Visit our website for more information.

Or, if you’re unable to commit to a longer period of time, we also run short 2 to 4 week Study Trips, which combine language lessons with fun, cultural activities. Learn more here.

If you’re new to the Japanese language and plan to visit Japan in the future, we recommend our online 2-week crash course. You’ll learn essential Japanese phrases and the basics of the language. Learn more and sign up here.

658
Study Trips Accommodations Advertise with us