Japanese pop music has millions of fans around the world. Even if you feel you need a beginner’s guide to J-Pop, you’ll probably recognise more hits than you realise. You’ll hear J-Pop hits in movies, TV series, anime and video games. The genre has produced many of Japan’s biggest and brightest music stars, some of whom are still creating music many decades down the line.

New to all of this? Read on for our guide to J-Pop and the world of popular Japanese music!

Although J-Pop refers to Japanese pop music, it covers music of genres beyond what’s typically classed as “pop”. This includes rock, R&B and hip hop. The term “J-Pop” started appearing around the late 1980s and early 1990s. But the music that J-Pop artists draw inspiration from came to Japan through Western influences, especially around the First and Second World Wars.

Kayōkyoku (歌謡曲) developed, referring to the music that was created with Western influences, and became the base of modern J-Pop. It was especially popular during the Showa Era (1926-1989) and led to artists covering Western songs in Japanese, as well as writing their own Western-inspired music.

Modern Japanese popular music developed gradually through the decades until the 1990s when J-Pop really started to boom. Now, it’s a genre that is beloved all over the world. 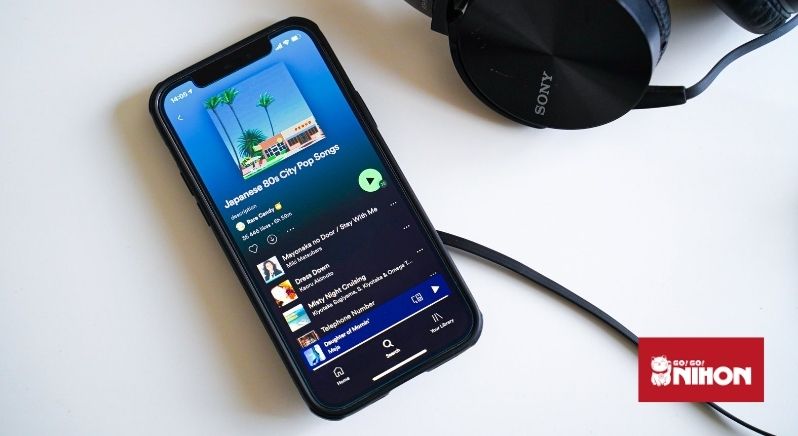 There are countless artists in the J-Pop scene and who you choose to listen to will obviously depend on your own music tastes. To get you started, we’ve listed some of the biggest names in J-Pop, from the 1990s all the way through to today.

Born in the United States, Hikaru Utada is one of the biggest and most long-standing names in modern J-Pop. She and still holds the record for the highest selling album in Japan for her debut album, First Love, released in 1999. Her music draws inspiration from Western pop and R&B.

Another long-standing force in modern J-Pop, this boy band formed in 1999 and understandably has a long string of hits under their belt. In 2019 their compilation album of their top hits became the best-selling album in the world at the time, beating out Taylor Swift and BTS. Their music is largely pop-based.

Early in 2019, they announced they would no longer continue as a band after the end of 2020. Luckily for any new fans, you have two decade’s worth of music to catch up on!

If you had to name a Japanese equivalent to Madonna, it would be Namie Amuro. Her quick rise to fame from the early 1990s led many to dub her the “Queen of Japanese Pop” and the “Japanese Madonna”. She is one of Japan’s best-selling artists, although she retired from the music industry in 2018.

After debuting in 1998, Ayumi Hamasaki’s career gradually grew in strength, attracting a loyal following with her self-written music and trend-setting style. She’s released almost 30 albums to date and is the subject of a biopic TV drama.

Gakuto Oshiro, more commonly known as Gackt, is another long-standing Japanese artist from the early 1990s. He’s considered a rock artist, but he’s not afraid to sing different styles. His music has been used as theme songs for video games, anime and TV shows.

This female idol group is one of the highest-earning acts in Japanese music. They have sold millions of records since they first formed in 2005. Their music is heavily pop-based.

They even have their own theatre, located in Akihabara, Tokyo (the “AKB” part of their name stands for Akihabara). To share their workload, they are split into a number of teams.

Heavy metal isn’t for everyone. But Babymetal has introduced metal music to people who would never have listened to this music genre. Combining kawaii with metal, Babymetal has achieved success both within Japan and globally with their unique sound and look.

This pop band dominated Japan’s Billboard charts in 2019 with their single “Pretender”, which has more than 300 million streams on Apple Music as of May 2020. They have many other hits and are proving to be one of the hottest acts in J-Pop today.

One of Japan’s most beloved pop stars actually started out as vocal synthesising software for musicians. Since being released in 2007 though, this virtual pop star has garnered her own fan base and performs her own concerts.

Continuing with the vocal synthesis theme, singer-songwriter Kenshi Yonezu started his career in 2009 with vocaloid music under the stage name Hachi before debuting under his own name with his own voice in 2012. His hit song “Lemon” is the theme song for Japanese TV drama  “Unnatural” and it is the most-viewed Japanese music video on YouTube with more than 610 million views.

Did you enjoy our guide to J-Pop? Or have you got other J-Pop artists that you love? Share them below in the comments and don’t forget to check out the rest of our blog for more articles on Japanese society and culture.

11881
Study Trips Accommodations Advertise with us