Japan often seems to be at the forefront of many things, but when it comes to zero waste living, it can feel like it’s in the dark ages. Living zero waste in even the most forward-thinking countries is pretty difficult, so when you move to a country where they like to pack things in plastic, then in more plastic and then stick it in a carrier bag, it can be pretty tricky, to say the least!

But that said it’s certainly not impossible to be zero waste in Japan!

It can be difficult to get out of some habits with the convenience of konbini and the vending machines everywhere you turn. But if you plan ahead and think smart you should be on your way to a lifestyle of zero waste in Japan.

We’ve put together some tips and tricks to help you do your best and even save some money at the same time. The first one might seem a bit obvious, but carry your own water bottle around. The tap water in Japan is drinkable and by carrying your bottle around and refilling when possible, you will stay hydrated and avoid the trap of the vending machines.

Recently, MyMizu was launched in Japan. This is a free app that shows you all the nearest places where you can get free refills of water.

If you’re not a fan of tap water, or can’t find anywhere nearby, there is the option of buying charcoal filters or Binchōtan (備長炭). This is a type of vegetable coal that you can put in your bottle of tap water and it will remove up to 75% of any chlorine in the water. What’s more, you can reuse the charcoal afterwards in the garden or as an air freshener.

If you fancy something a bit stronger – by which we mean coffee obviously! – then Starbucks is a good call. You can take your own coffee cup and you’ll even get money off your coffee. There are also plenty of smaller independent shops that do this and we recommend them first and foremost over chain places. Here’s a handy list to help you get started. 2. Grabbing a bite to eat

Shopping in your local supermarket can be a particularly tricky task to undertake when trying to be zero waste in Japan. If you plan ahead though, you should be fine.

Firstly for fruit and vegetables, it’s better to shop at local greengrocer stores where the produce won’t be packed in plastic. Secondly, you want to avoid convenience stores (yes we know) as much as possible as most of what they sell is in plastic, even the single bananas.

For cupboard staples, we recommend shopping at a bulk store where you can buy items in large quantities. Costco and METRO are a couple of examples of places you can buy everything from cereals to flour to coffee beans en mass. As such, there’s less packaging and less plastic. If you can’t make it to a bulk store then there’s still likely to be a smaller version of these stores in your local area. 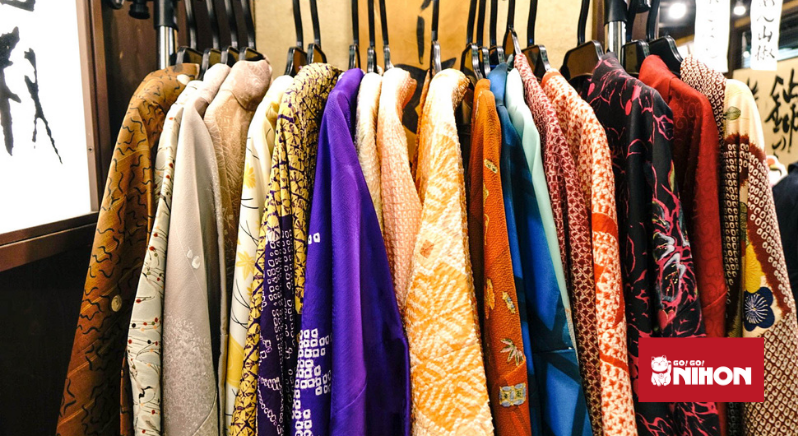 When it comes to zero waste clothing, of course, second hand is the way to go. While there aren’t really charity shops or thrift stores like you might be used to, there are some excellent second-hand stores.

In Tokyo, in particular, Shimokitazawa, Nakano, and Koenji are all good places to find some excellent vintage clothing. A lot of the time you’ll find that people will donate clothing that has barely been worn.

While it can be difficult to find your size as easily, it’s an opportunity to get creative with your clothing.
As you might not be able to find everything you need in second-hand shops, try to avoid the main fast fashion stores and think ethically when you do need to get something new. Uniqlo is one of the better stores for this and tries to source sustainably and lower their impact on the environment.

When it comes to recycling your own old clothing, if it’s still wearable you can take it to a store in one of the above-mentioned areas. Alternatively, both Uniqlo and H&M have schemes where they will accept old items for recycling. H&M even offer a voucher for each bag of clothing.

Despite Japan’s best efforts to make everything as convenient and disposable as possible, it’s actually the case that a lot of traditional repair and maintenance techniques originate from Japan too.

Boro stands for tattered clothing. It’s also used to describe clothes that have been patched or mended but where the repairs are left visible and add to the aesthetic of the clothing.

Sashiko is a type of stitching that is often a part of boro. It translates as little stabs or little pierce. It’s where the thread is used as a decorative addition to an item of clothing as well as being used to mend it.

Kintsugi (金継ぎ) is the method of fixing broken pottery with visible lines. Often this is done with lacquer and then gold dust on top. The breakages are considered a part of the history of the piece. While this technique might be a bit harder to master for someone at home, there’s no reason you can’t adapt it with a slightly cheaper alternative to gold such as bronze, copper and aluminium.

Now that you know where to shop and what to say to the overzealous shop assistants, you should be well on your way to being zero waste in Japan!

3011
Study Trips Accommodations Advertise with us