Light and crispy tempura, rich and hearty curry rice, delicate omurice. There are so many classic dishes that come to mind when we think of traditional Japanese food.

But, you might be surprised to know the true origins of these famous dishes and in fact, many of them are are called Yōshoku (洋食), western food, in Japan.

This term has been used since the Meiji Era (late 19th century) to describe any kind of Japanese food with a western origin. If a food is written in katakana instead of kanji, it’s probably not considered washoku (和食), or traditional Japanese cuisine.

So, have you been eating western food this whole time?

Yōshoku is any Japanese food influenced by a western country’s cuisine. So, you are still eating Japanese food! But, it’s not authentically western and not completely Japanese washoku either.

Since before the early 19th century, fish and vegetables were the main staples of Japanese cuisine. But, Japanese chefs eventually picked up western styles of cooking and gave them a unique Japanese spin.

Learn all about these popular fusion dishes below.

Gyōza (ギョーザ), which are Japanese-style dumplings, originate from China. Japanese soldiers came across these thick-skinned, meat-filled, dumplings during WWII and they brought some recipes home with them, plus added a few changes.

In Japan, these savoury dumplings come in a thinner skin thanks to machine wrapping that became the standard way to make gyōza. The fillings are mostly the same: pork, chives, and cabbage. But, the Japanese style tends to have a stronger garlic taste.

The cooking style of Japanese gyōza is also different in that they are always pan-fried. In China, dumplings can be pan-fried, steamed or boiled.

Karēraisu (カレーライス) is a dish of curry and rice with various proteins and vegetables mixed in. Indian officers of the British Royal Navy first brought the dish to Japan during the late 19th century.

The Japanese Navy loved the dish and so curry rice slowly found its way into Japanese cafeterias across the navy, army, and even public schools by the early 1900s. The flavours of the original curry brought in by the British changed to better suit Japanese palates – Japanese curry is sweeter, thicker and less spicy.

Nowadays, curry rice is a household staple across Japan and it would be rare to find a home in Japan that did not have curry roux on hand! 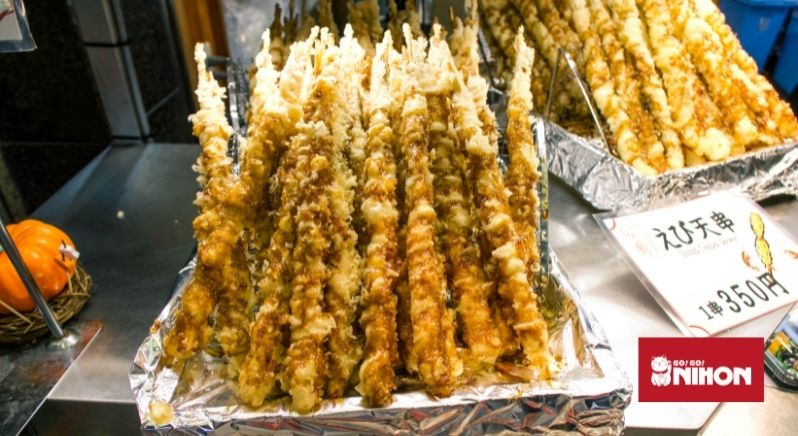 In the mid-16th century, Portuguese missionaries and merchants made their way to Nagasaki. They brought the first ever version of tempura (天ぷら) with them. Before this, deep fried foods were never battered in Japan, or they got a simple dusting of rice flour.

By the 17th century, Japanese chefs changed how tempura was made to suit Japanese tastes. The batter was made with few ingredients and mixed in cold water. The result was the airy, light batter that makes tempura such a delicacy today. 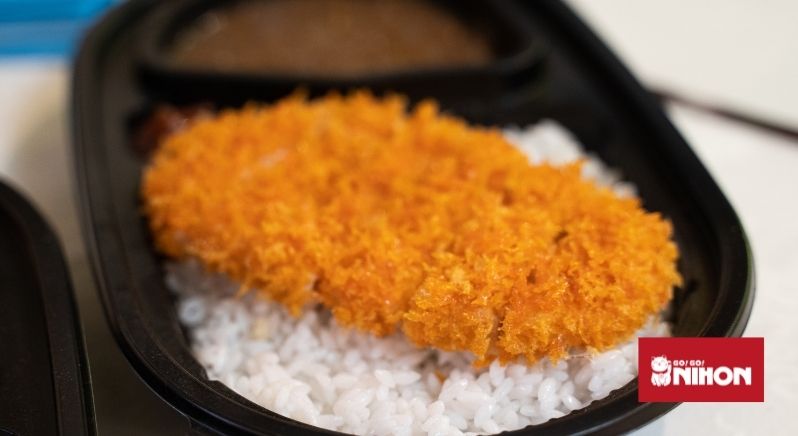 Katsu (カツ) originates from a French dish of breadcrumb-battered veal fried in butter called escalope de veau panné. In the late 19th century, a restaurant named Rengatei wanted to adopt the dish. But the chefs thought pan-frying the veal in butter was too rich for Japanese tastes.

So, the concept of the dish was married with the tempura style of frying in oil. Japanese chefs also used cheaper cuts of pork instead of veal. Eventually this light and crispy pork cutlet came to often be served with shredded cabbage and tonkatsu (豚カツ) sauce, which is similar to Worcestershire sauce.

You can, however, also enjoy katsu with curry (katsukare, カツカレー), in a sandwich (katsusando カツサンド) and on top of rice with egg and onions (katsudon カツ丼).

Read more about katsu in our blog article, including what katsu has to do with winning. 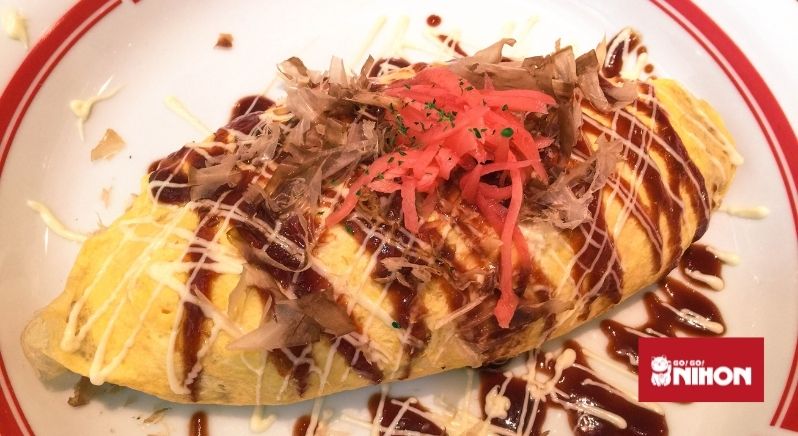 The title of yōshoku with the most mysterious origin goes to omurice (オムライス). It’s not clear exactly where this blend of omelette, ketchup, and rice first came from. Tokyo’s Rengatei (the same restaurant that gave us katsu) and Osaka’s Hokkyokusei both claim to be the first creators.

The only sure thing is that this Japanese style omelette is distinct in its delicate texture, and eye-catching presentation. You’ll find this delicacy is a common dish in restaurants all over Japan and you may have seen it being cooked and eaten all over TikTok.

Learn more about life in Japan

Want to learn more about life in Japan? Check out our food & drink blog for more articles about authentic Japanese cuisine.

Or get a real taste of Japan yourself with our live and study programmes. Learn more on our site and turn your dream of studying abroad into a reality.

494
Study Trips Accommodations Advertise with us