There are plenty of wondrous things to take in on a typical Japanese city street. You’ve got throngs of people bustling through their day. Bright neon and digital advertisements light up the pavement. And traditional-style storefronts sit tucked in unassuming alleyways. But perhaps the most magnificent thing among them all is a bit more subtle: the smells of food, particularly Japanese street food.

Japan is home to some of the most delicious and unique street foods in the world. This guide contains everything you’ll need to know about Japanese street food for the next time you catch the scent of this mouth-watering cuisine. 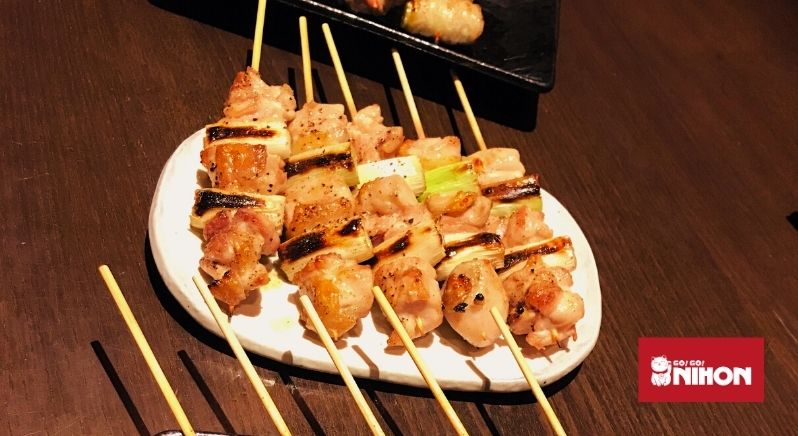 Yakitori (焼き鳥) translates to “grilled chicken.” But this word is often used to refer to a simple skewer made of any kind of meat, vegetable, or fish, grilled on a stick. This is a staple snack of any festival for good reason – they’re delicious! When you order, the server will ask which of the two varieties you’d like.

You can simply say “shio (塩),” for salted, or “tare (タレ),” for Japanese-style BBQ sauce added. If you’re not sure what kind to order, tsukune (捏ね), negima (葱間), and asuparabekon (アスパラベーコン) are nice starting options.

Kushikatsu (串カツ) is basically a yakitori-style skewer dipped in a light panko batter, fried and served with a sauce that varies by region. This rich Japanese street food is a local specialty of Osaka. Start your search at Osaka’s downtown Shin-Seikai (新世界) if you’d like to try them yourself. There’s no shortage of options there and these savory deep-fried skewers will be fantastic anywhere you go. Kushikatsu comes in meat, seafood, and vegetable skewer varieties for anyone to enjoy.

Ikayaki (イカ焼き) is a squid cooked over charcoal on a bamboo skewer or served sliced on a plate. Ikayaki is grilled to a tender, chewy texture before being seasoned with a brushing of soy sauce or a splash of lemon. Dip them in some mayonnaise to dine just like the locals do. They may be a unique snack, but don’t be intimidated by this somewhat monstrous-looking street food! It tastes great and makes a perfect pairing with crisp beer or sake.

Shioyaki (塩焼き) translates to “salt grill,” which is how this Japanese street food is prepared. A fresh fish is salted, wrapped, and stored overnight to season. The next day, it’s placed on the grill for eager festival revelers. The result is delicate, flakey fish meat wrapped in crispy, slightly salty skin. You’ll find a ton of different fish prepared this way in Japan, but some of the most common varieties are sardines, salmon, and mackerel. 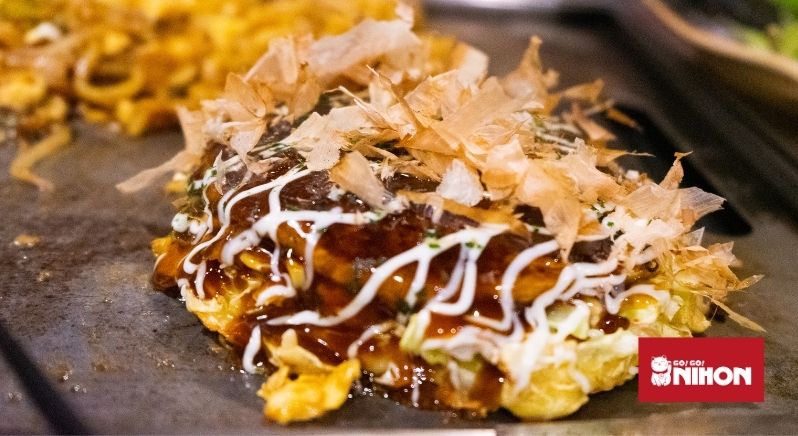 Okonomiyaki (お好み焼き) is a savory Japanese pancake loaded with a flour base, cabbage, and a protein of your choice. It’s mixed and poured onto a hot griddle. Once it’s brown on both sides, okonomiyaki sauce (similar to Worcestershire), katsuobushi (鰹節)– bonito flakes, a seaweed called aonori (青のり), and mayonnaise are slathered on top. This is the base of the dish, but keep in mind that okonomiyaki comes in a ton of different styles depending on what region you’re in.

Yakisoba (焼きそば) is a stir-fried noodle dish that’s prevalent in festivals and street stalls all over Japan. It’s a base of rich wheat noodles stir-fried with vegetables and meat or fish. They are often topped with a sweet and savory sauce blend along with some aonori, benishōga (紅しょうが)- red pickled ginger, or bonito flakes.

The varieties are too many to list here. But no matter what kind of yakisoba you try, you’ll be treated to a hearty, intensely flavourful, and harmonious combo.

Karaage is Japan’s take on a classic dish anywhere you go: fried chicken. What separates Japanese karaage from other styles of fried chicken is the extremely light, crispy quality of the starchy coating. You’ll find this popular dish in street stalls and izakayas all over Japan with different coatings and sauces in each. But to get a sense of why karaage is so popular, try it with a squeeze of lemon alone first. 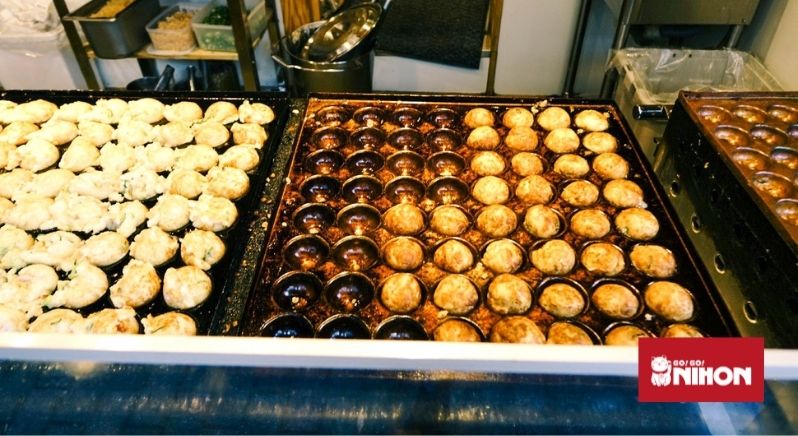 Of all the scrumptious choices on this list, takoyaki (たこ焼き) is the most fun to order. Watching a chef grill these bite-sized balls of octopus-filled goodness is an experience in itself. Takoyaki is made in a special grill that looks a little like a cast-iron carton of eggs. To cook them evenly, the batter needs to be turned and flipped around until achieving a golden brown outside while keeping the inside moist and gooey.

Enjoy okonomiyaki’s flavours in a small package with a show to go along with it.

Kyūri Asazuke (きゅうりの浅漬け) is just one of the many kinds of Japanese pickle dishes called tsukemono (漬物). In restaurants and izakayas you’ll often see these sliced green, pickled cucumbers as a side dish or included as part of the fee to sit down. At festivals, kyūri asazuke is a refreshing treat on a stick, served whole. Their mild vinegar taste is another great pairing with a fresh beer or sake. 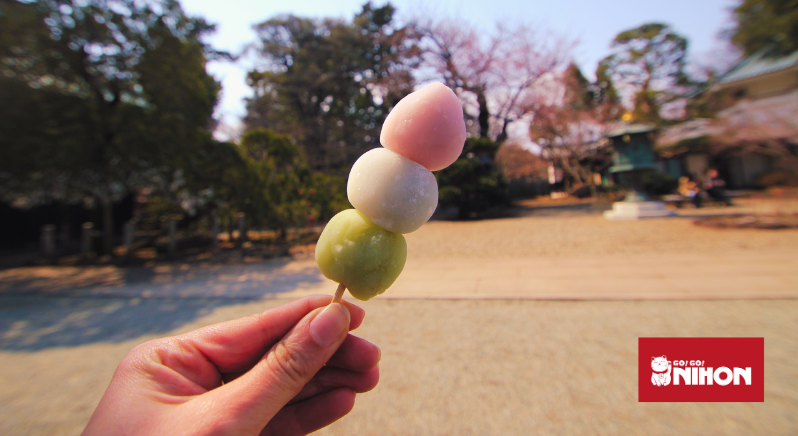 Dango (団子) is a type of Japanese dumpling like mochi in flavour with a more dense texture. You’ll see these little, white rice balls in festivals all across Japan. They come in all kinds of flavours, in both sweet and savory styles. Check out mitarashi (みたらし団子) if you want to try a classic style with a sweet, syrupy coating. And don’t miss out on hanami dango (花見団子), a special, sakura-flavoured delicacy only served during cherry blossom season.

This wonderful Japanese street food is typically sold at summer festivals. And it’s both as simple and amazing as it sounds. Take one skewered banana, dip it in chocolate, and voilà! You’ve got yourself one tasty choco banana (チョコバナナ) to take on the go. Plain milk chocolate coating is the standard for this delight. But, choco bananas often come with all kinds of candy coatings, sprinkles, and decorative frosting.

873
Study Trips Accommodations Advertise with us