Many people in Japan eat tonkatsu, katsudon (カツ丼) or a variation of it before a sports game or a school test. This is because “katsu” is a homophone of the word katsu (勝つ), “to win,” or “to be victorious,” “to overcome,” in Japanese. Let us count the ways we can enjoy the various types of katsu. 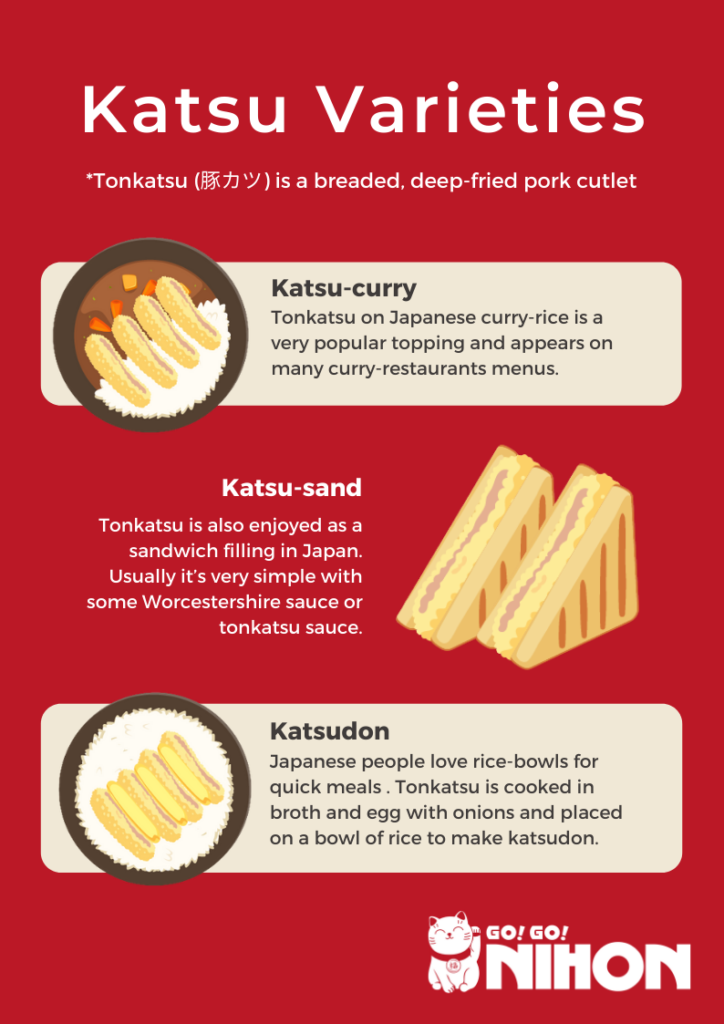 It seems like everyone loves tonkatsu (豚カツ), whether you’re in Japan or elsewhere. It’s a must-eat for most visitors to Japan among other popular fare like sushi, ramen, curry and sukiyaki.

Tonkatsu, literally meaning pork-cutlet, is breaded, deep-fried pork cutlet, generally made with loin or fillet. It is most often served with shredded cabbage and cutlet sauce, along sides and rice.

Although around 1900 when it originated in Japan it was served as yōshoku (洋食), or Western food, it soon became considered a Japanese dish when chefs started serving it with shredded cabbage and Worcestershire sauce or tonkatsu sauce, a derivative of Worcestershire sauce.

Some regions or restaurants still serve it in what’s considered yōshoku style, with the rice on a flat plate instead of a rice bowl and with demi-glace sauce instead of Worcestershire sauce.

Tonkatsu on Japanese curry-rice is a very popular topping and appears on many curry- restaurants menus. If you want to try it at home, simply place a pre-cut tonkatsu on top of your rice and curry.

Tonkatsu is also enjoyed as a sandwich filling in Japan. Usually it’s very simple with some Worcestershire sauce or tonkatsu sauce and tonkatsu, but sometimes people may put shredded cabbage along with it too. It’s a very filling portable tonkatsu meal! Sometimes the bread is toasted or uses buns and other types of bread. There are many variations to katsu-sand. 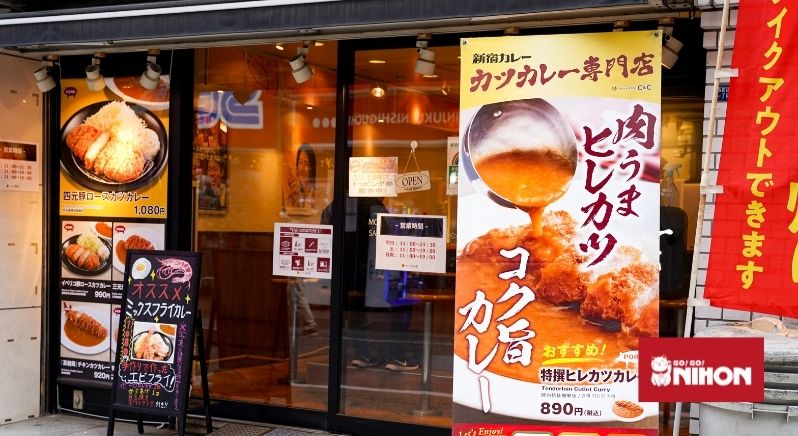 Japanese people love rice-bowls for quick meals and tonkatsu is no exception. Prepared in a tamago-toji (卵とじ) style, tonkatsu is cooked in broth and egg with onions and placed on a bowl of rice to make katsudon.

Tonkatsu without the tamago-toji is also enjoyed on top of rice with just tonkatsu sauce, which is called sauce katsudon. Other variations include don made with beef-katsu or chicken-katsu, called beef katsudon and chicken katsudon or oyako katsudon.

Katsudon can be found not only at tonkatsu restaurants but family restaurants, noodle shops, bentō stores and cafeterias. With so many delicious varieties, you should try all the different types of katsu available when in Japan!

11402
Study Trips Accommodations Advertise with us