The Japanese bow is an important feature of the culture, and there is a lot of meaning in its usage.

Japanese culture places heavy emphasis on respect, and bowing is one of the primary ways that people in Japan show respect to other people. The Japanese word for “bow” is ojigi (お辞儀). Foreigners living in Japan will constantly encounter situations where people will bow, so it is important to understand why Japanese people do so and what it means.

Culturally, there are many different ways to bow; knowing the different types of bows and how they are used traditionally will help you to understand the culture in a deeper way than most.

There are many reasons that Japanese people bow, but it is predominantly used in order to communicate respect. Interaction in Japan is about much more than just verbal communication, and people will quickly notice another person’s expression in the form of body language as well.

The concept of bowing is simple and basically shows that whatever your social status is, you are lowering yourself and putting yourself in a position that is vulnerable. Bowing demonstrates to the other person that you are placing them over yourself and that you are thankful for your interaction with them.

Simple gestures like bowing go a long way in terms of communication in Japan, and sometimes are even more powerful than words. 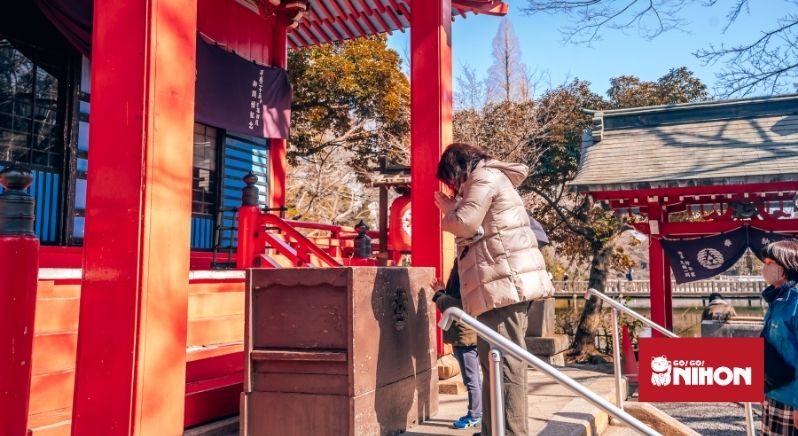 How to bow in Japan

In Japan, learning how to bow is one of the best ways to show that you appreciate the culture. The Japanese bow is simple, but there are a lot of subtleties that go into bowing. When bowing, it is important not to slouch over and curve your back; nice, straight posture shows that you are putting on your best for the other person.

Bowing should also come from the upper torso, meaning that your lower body should not move and should remain perpendicular to the ground, as if you were standing straight up. Your gaze should be focused downwards when you bow, having your head move downward with your torso. 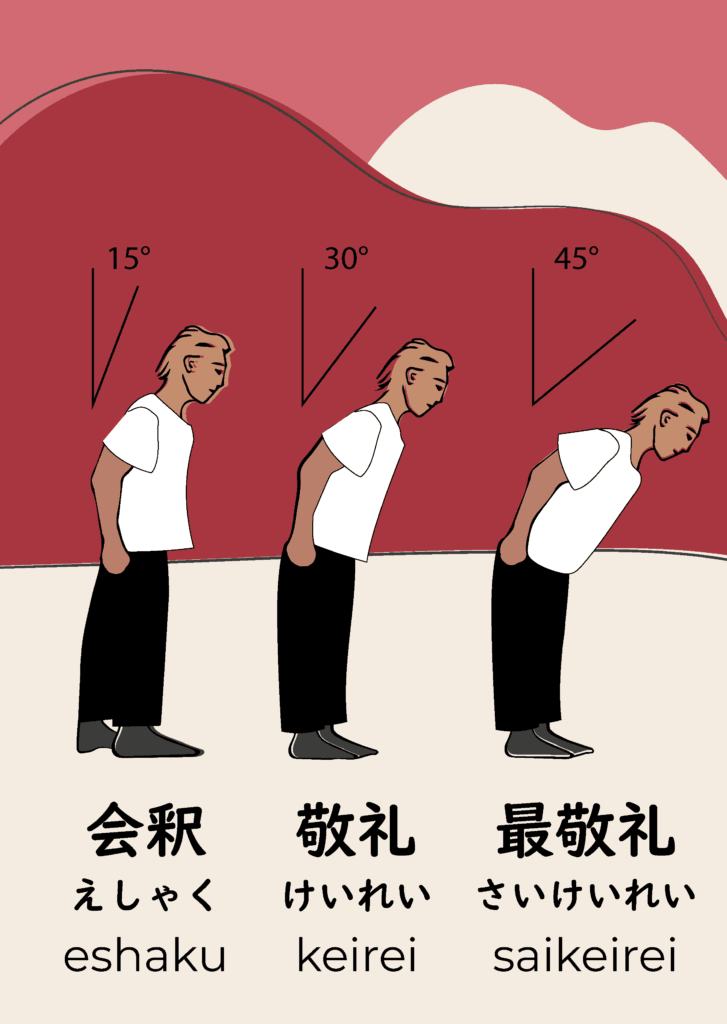 There are different types of bows meant to show respect in various forms. For example, the degree of the angle in which a person bows is connected with the depth of respect the person is showing. A simple bow of about 5 degrees is commonly used in informal gatherings such as amongst friends and family. There are also a few specific types of bows that are directly connected to the degree of the bow such as eshaku (会釈), keirei (敬礼), and saikeirei (最敬礼).

Lastly, the least used bow is known as dogeza (土下座). This bow is only used in extremely serious circumstances such as when a mistake is made that led to the death of another person. It involves the person who is bowing to get on his hands and knees and place his face to the ground. It is essentially the person showing that he is begging for his life.

Bowing is a very important tradition in Japan, and much can be learned from partaking in it. In order to show your own sense of respect, it is important to put in the effort to learn the correct way to bow and the meaning behind the action.

Understanding the intricacies of bowing as well as the different types will help you to form a deep sense of the views of Japanese culture. The practice of bowing in Japan is more than a habit, but is a characteristic that defines the Japanese culture. If you’re curious about it, and want to deepen your understanding, why not study for a while in a traditional city like Kyoto?

61043
Study Trips Accommodations Advertise with us