We’ve all seen it — the photos with Japanese people posing with the peace-sign, or the V-for-Victory sign with one or both hands. The raised index and middle fingers, with palm facing outward or inward to make a v-sign, is a staple to Japanese photos, having grown in popularity with other neighboring East Asian cultures in Hong Kong, Taiwan, China, and South Korea.

Let’s dive into the origins of the peace sign in Japan.

Since it’s so prevalent, it may seem like a very old Japanese tradition; however, the hand gesture didn’t become so widespread until around the 1980s.

There are several stories of how it gained popularity. One is that it began with Janet Lynn, the American figure skater that fell during the 1972 Olympics in Japan. Even though it was clear that she could not take home the much-anticipated gold medal, she smiled, which was baffling to the Japanese and she instantly became a media sensation. She frequently flashed the peace sign thereafter, which may have started the phenomenon. Others say it started when singer Jun Inoue smiled with the peace-sign in a Konica Minolta, then Konica, TV commercial.

Another theory of where it began was through a popular 1960s baseball comic Kyojin no Hoshi ( 巨人の星), or “Star of the Giants,” where a character shows the protagonist the peace sign before a big game. Volleyball manga Sain wa V (サインは V), or “V is the Sign,” was also released shortly after. 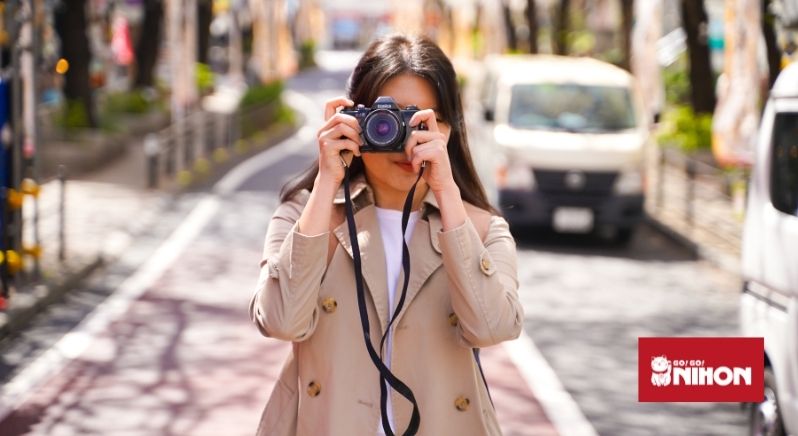 The peace-sign now is used by everyone in Japan from kids to their grandparents, across generations. Just like in English, “Say cheese!” is a common line when taking photos, in Japan they say, “Peace!” while posing. Among younger girls using the peace sign close to their faces is also very popular, and it is said that it makes them look cuter, or their faces appear smaller.

For most Japanese, it’s a cultural habit that they may not be able to explain. “It’s just something we do,” one may say. Some Japanese may even feel awkward without doing something with their hands while having their photos taken.

And what about you? Have you seen people doing the peace sign in Japan? If you’re taking pictures in Japan, do you feel the irresistible call to do the same? If you want to know more about habits and customs in Japan, feel free to check out our Only in Japan articles!

13543
Study Trips Accommodations Advertise with us