When you’re in Japan, you’ll hear a variety of apologies in many situations. Respect for others is a valued virtue in Japanese culture, and apologizing plays a large part of it.

As you may know, the Japanese have a so-called collective mentality, and one of the fundamental principles on which this way of thinking is based on is harmony. Since they are young, the Japanese children are taught the importance of preserving the balance of harmony in their surrounding communities and respecting those around them.

Various aspects of Japanese customs and etiquette revolve around avoiding meiwaku (迷惑), or annoyance to others, so that the harmony in the community can be kept.

Being polite and courteous is the key to keeping social harmony intact in Japan, but everyone makes mistakes. When we are in the wrong, or sometimes even when we’re not, we must apologize, often with a deep bow. 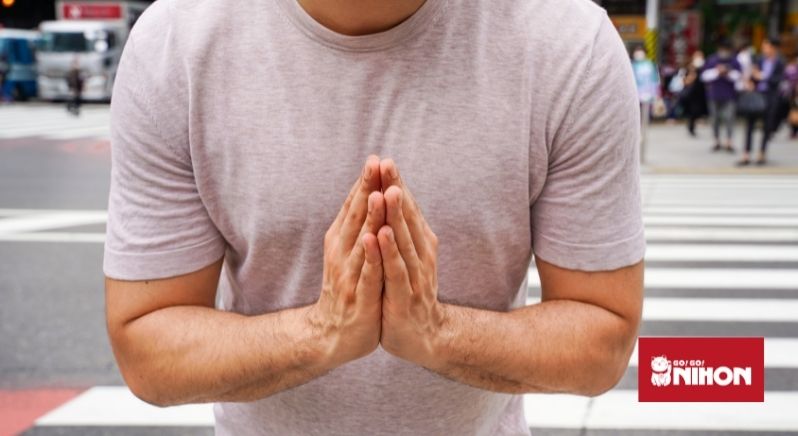 How to apologize in Japanese

In Japan, apologizing is a big part of good manners, even when you may not be at fault. Because of this, there are a number of ways to apologize in Japanese, suitable for any type of situation.

One of the more formal way to apologize, moushiwakenai is used with clients or those above us in the social or business hierarchy. It roughly translates to “there are no excuses,” but could mean “I’m sorry.” Depending on who you are addressing, you could use gozaimasen (ございません) , arimasen (ありません) or nai (ない).

You’ve most likely heard this if you’re in Japan, or even if you’re not. The versatile phrase means “excuse me,” and is used as a form of apology and as other means of excusing oneself. You can use it in a variety of situations, such as when you bump into someone on the train or if you need to catch the attention of a restaurant server.

The more polite and formal way to say sumimasen, or excuse me, you can use it alone or in the beginning of a phrase, such as “osoreirimasuga…” to mean “I’m sorry but…”

Showing humility, this phrase is versatile in expressing appreciation and apologizing at the same time. Often used with desu or degozaimasu alone or in the beginning of a phrase, it is a polite and courteous way to address elders and clients.

Used with the verb shimasu, the phrase means “being rude,” and can be used in a variety of situations as well. These include when interrupting a conversation, entering a room, leaving before someone else or saying goodbye. It can also be used for light apologies.

The most informal apology is used with family, friends and acquaintances in lower hierarchy than you. In can be used in any informal situation and can be made even more informal by shortening it to  gomen (ごめん), or sometimes using it together with  ne (ね) to soften the blow.

An interesting use of apology phrases is in thanking someone for a gift or favor. In Japanese culture, it is most polite to apologize than thanking in a straightforward way, to show deep appreciation for the thought and effort they put into their courtesy. Common forms to use are osoreirimasu and kyoushukudesu.

Mastering these phrases will get you far in building relationships in Japan and understanding the Japanese culture. It is difficult to understand and differentiate the usage, but the best way to learn is to live and study in Japan. With lots of exposure and practice, you should be well on your way to mastering Japanese apologies!

20935
Study Trips Accommodations Advertise with us