Japan celebrates each of the four seasons in very special ways. That’s why when the rainy season ends and summer starts to fire up, there’s an endless list of things to do or events to find in the Land of the Rising Sun. Along with the typhoons that begin to roar through the country, summer in Japan starts to fire up the festivals (祭り), cook up delicious summer foods, light up fireworks, and even guide their ancestors home.

It’d be impossible to list all of the things to look for in a Japanese summer, but to do so would ruin the fun anyway. Here are a couple things to get you started! 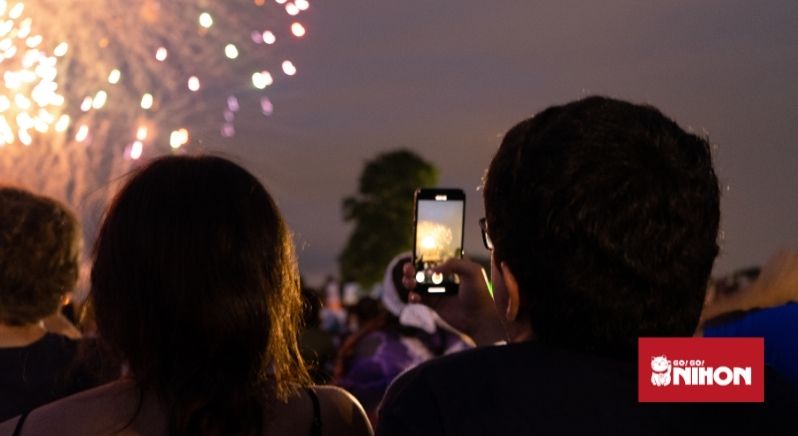 Japanese summer festivals are an iconic feature of Japanese culture. With its long, rich history, Japan seems to have a festival to celebrate everything (not that that’s a bad thing). In summertime, summer (夏) festivals are celebrated in nearly every town across the country. Gigantic shrines are hoisted upon the shoulders of locals who march them—usually very drunkenly, as the festival day usually starts with plenty of sake—throughout the town. Festival-going girls dress up in yukata, or traditional summer gowns (浴衣), and while boys have their own version, they also go in something called a jinbei (甚平). Traditional festival foods and sugary goods abound, and the night ends with performances and a fireworks show for all to enjoy.

When I lived in Tanegashima, I got to participate in the summer’s Teppō Matsuri. My day started early in the morning, dressed in traditional garb and surrounded by members of the town. Shōchū (焼酎)—in this case a potato based vodka liquor grown locally on the island—was passed around endlessly, and we then began our long march. I lifted a gigantic, heavy shrine across my shoulders, along with 50 other men. As we made our way through the town, we visited each local shrine and took a drink in its honor, then passing through the river that cut the town in half, and finally ended back where we started in order to begin the night festivities. Occasionally the entire entourage would stop and we’d turn the shrine on its side, swinging it from side to side while people clung to it half out of fear and half out of fun. Towards the end of the evening, everyone settled down to watch the fireworks (花火、hanabi) and enjoy the hot humid summer night.

And that was just one of the thousands and thousands of Japanese summer festivals spread throughout a regular summer in Japan. It’s not something to miss. Each is unique, brought about from the history in that town’s roots, and each offers an unforgettable experience. 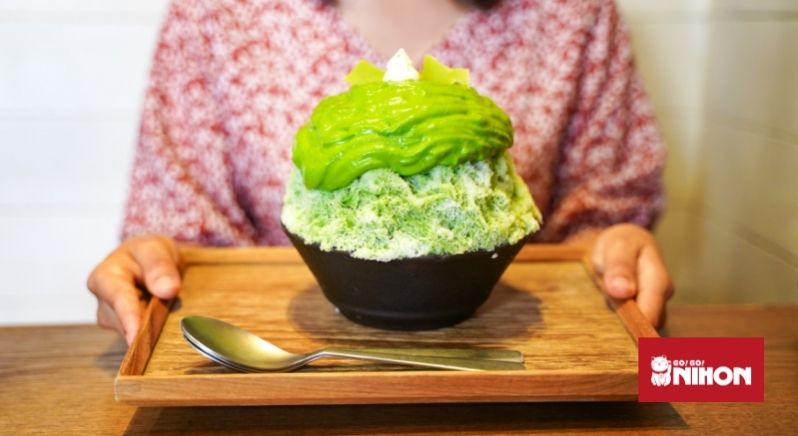 The foods! The beautiful thing about Japan is the way they eat food according to the seasons. Coming from an urban part of the United States, any kind of food was almost always available on the supermarket shelves, shipped in from somewhere. While you can certainly find all kinds of food in Japanese supermarkets, when things are in season, it’s very obvious. It’s more delicious (if nature decides a certain fruit should grow well during summer, why not listen to it and eat it in summer?), less expensive, and a whole lot more sustainable.

So what’s in season?—Loquats, mangos, mikan (mandarines), strawberries, watermelon, and certain fish. Depending on where you are, every place has its own unique foods in season. Ask a local, check the markets, or see what’s floating around and get a feel for what to eat.

Summer in Japan also means a fun way to eat noodles, called nagashi sōmen (流し素麺). A long, halved pole of bamboo is laid at a decline with water running through from top to bottom. Noodles are dropped in from the top, following the flowing river and to the end, where a hungry person awaits to scoop up the noodles with his or her chopsticks!

Let’s also not forget the king of all cool treats, kakigōri (かき氷) or shaved ice. This icy delicacy consists of a mountain of shaved ice, topped with a sweet syrup. Fancy kakigōri may include bits of fresh fruit, condensed milk, and all kinds of good stuff, and is available in most cafes during the summer months. Kakigōri  is also a staple of festival food, and can often be found at various stands at any given matsuri.

Summertime is also an important time for people to welcome their ancestors home. Originally a Buddhist custom to honor the ancestors’ spirits, Obon (お盆) evolved to incorporate a kind of family reunion holiday. Those who’ve left their hometowns for work across the country return home and clean their ancestors’ graves in preparation for their spirits to come home to household altars.

Though dates can differ based on region, the most commonly celebrated time is on the 15th of August, where companies customarily grant leave to those going home.

There’s something here for everyone in the hot and humid summers of Japan. Are you a Tokyoite? Come over here for some more info on what to do in the city. Come dance in the Japanese summer festivals and eat everything there is to find! And when you’re done with that, continue diving into this beautiful country rich with tradition and history.

If you’re contemplating a short trip to Japan, but you’re worried about the language barrier, check out our online beginner Japanese crash course. This two-week course teaches you the basics of the language and useful phrases to help you get by on your visit. For more information and to sign up, visit our website.

Buy now
Tags: study in japan, things to do, travel

3961
Study Trips Accommodations Advertise with us