Deciding to go to live and study abroad in Japan ten years ago has been the most important decision I have ever made and it really changed my life. There are so many things that I learnt and did, that I couldn’t do if I had stayed in the same country I was born in.

Get outside your comfort zone

When I landed in Japan with a student visa in hand and school starting the week after, I wasn’t a tourist, I knew I had to learn the language, understand a culture completely different from mine and communicate with people that didn’t understand me, even just to buy some water. Of course I had headaches, of course I thought ‘why didn’t I keep my programmer job’, I could wake up at the same time, in the same bed and have the same routine life that was so comfortable. But after a few weeks, the headaches go and the excitement grows, you feel like you’re getting smarter each day and you learn so many things.

When I visited back my family and friends after 1 year abroad I felt like the time stopped for them and moved 10 times faster for me. I feel I’d be 10% of what I am now if I had just stayed in my own country!

In the first year I was in Japan, I was going to Japanese language school once a day and learning the language at an incredible speed. I met the Japanese national football team coach (at that time Zaccheroni). I interpreted for Hideo Kojima and worked for a very famous video game website during the Tokyo Game Show. I acted and went on national TV, I made lifelong friends from many different countries and I started my own company (Go! Go! World). I wouldn’t have expected any of this to happen before I came to Japan.

Before going to live abroad I wasn’t particularly self confident. Going to a new country with no friends and no knowledge of the language and then managing to make friends and learn the language, gives you a lot of self confidence. When you go to live in a foreign country, usually people native from that country are really interested in you, because they want to meet foreigners too. This makes it much easier to make new friends and experience new things. 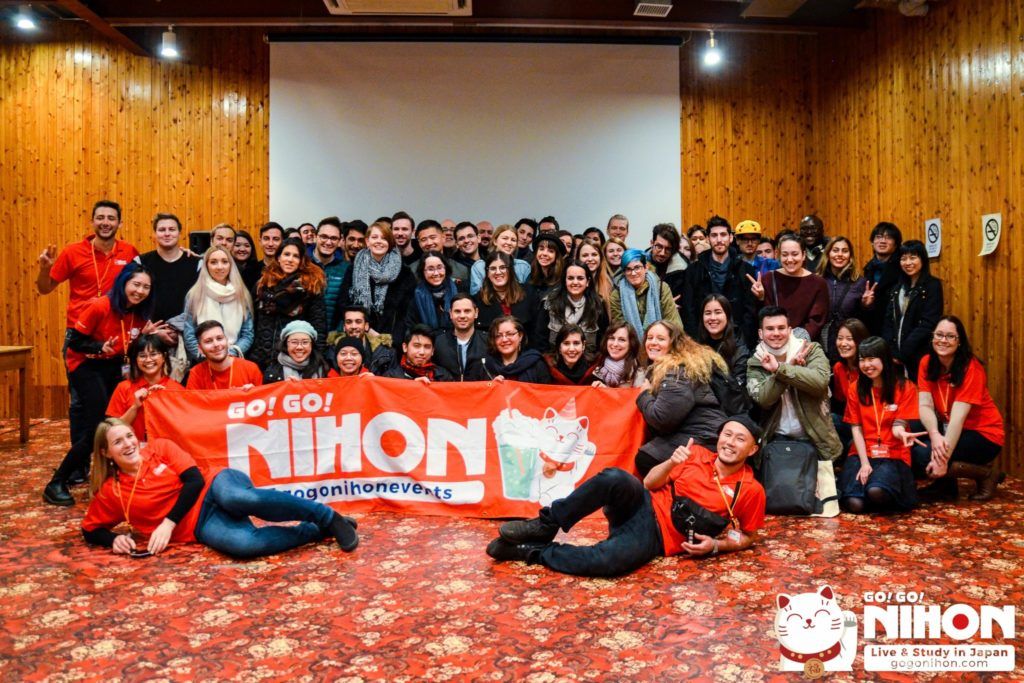 People always told me that I was an open-minded person, even before I went to study abroad. However when I went to the other side of the world and I’m sat in a class with people from Korea, China, Sweden, Egypt, Estonia, Holland, etc. who became my best friends at the time, I truly became open-minded. Being open-minded means that you don’t judge people from the appearance and you don’t have prejudice based on different cultures, religions or values, you are more respectful of other people and tolerant of opposing viewpoints.

Appreciate what you have

I started to love my native country more and and more and everything I already had, but only once I left. I knew I was blessed with great family and friends back in Italy, but I realized even more so that my country and the people around me there were exceptional. I also noticed differences between Italy and Japan where my native country wins hands down! Sometimes what you need is to go far away and experience new things to see things with a different perspective.

You’ll want to do it again

Working at Go! Go! World gave me a fantastic opportunity to meet thousands of students from all over the world, who are studying abroad in Japan. I’ve not yet met a single person that said that they regret coming to Japan. What most of the people say, including myself, is that if I knew how good and life-changing it was to study abroad, I would have done it earlier (I was 26 when I came to Japan).

If you have tried to learn Japanese by yourself or at university in your own country, forget about it. The best and only way to learn the Japanese language is to study in Japan. If you have not much time, because you are studying or working, you can try a study trip, a 2-4 week long trip mixing language study and cultural activities. Why not a month of study in Japan this summer?

If you can come with a student visa and study for at least 6 months, you’ll learn more Japanese that you could learn on a lifetime if you study in your country.

I got so much more out of studying in Japan than I ever thought I would. It really was a life-changing experience and I speak pretty good Japanese now too.

For more information about living and studying in Japan keep following the Go! Go! Nihon blog.

7074
Study Trips Accommodations Advertise with us