Just a little to the southwest of Kyoto and west of Osaka, Kobe is a beautiful port town bordered by some mountains to the north and west and the sea to the south. As for living in Kobe, it’s a bit more than eating the world-famous beef (although that’s pretty good too!).

We’ve put together some of our top things to do, see and eat while living in Kobe.

The best places to eat and drink

Coffee shops are rife within Kobe so there’s plenty of choice when it comes to getting your caffeine fix and finding a quiet spot to relax or study depending on how you’re feeling.

The centre of the city is the place to go if you want a reasonable chain shop, with San Marco, Doutor and Starbucks all scattered around. These are good places for studying as you can often get free wifi and they don’t mind you sitting around for a few hours compared to the independent stores.

Streamer coffee – While this is another chain, it’s a particularly lovely one. It’s a brand new location with a bright airy feel to it. It’s also located in a lovely location in the harbour and it’s nice and quiet. with charging points and wifi. Also if you need, or simply want, dairy-free alternatives it has a range of options that a lot of places won’t.

When it comes to restaurants, it’s a little tricky to break down into specific recommendations. Of course, Kobe is so famous for one food in particular, Kobe beef. The beef is known around the world because of the tenderness and marbling on the meat. As you might expect, the city has made the most of the global popularity and there are a lot of places to choose from. It’s hard to go wrong so why not try a few of them.

What you might not expect is that there are a lot of ramen restaurants too. This is definitely a lot cheaper compared to eating at Kobe beef restaurants all the time and once again, there’s plenty of choice. 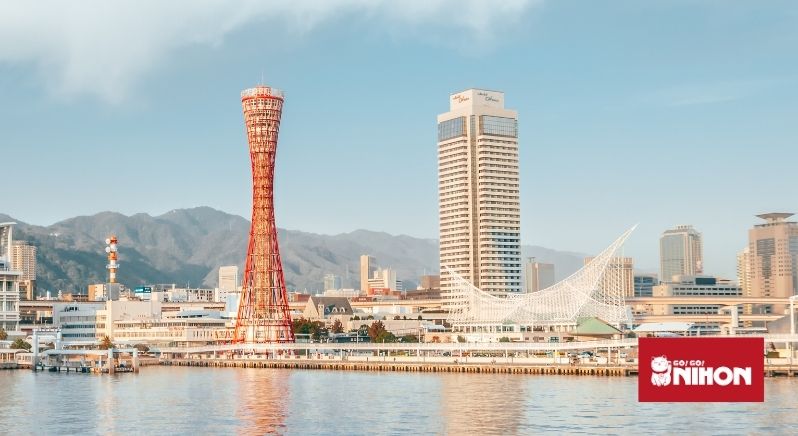 The best places to explore

Meriken park is situated on the harbour side and offers a peaceful place to relax and study throughout the year. This is where the Kobe tower is situated and if you’re looking for some unusual finds for your home, there’s a flea market held on the pier every Sunday.

As with most places in Japan, there are plenty of temples and shrines to visit. The Ikuta Shrine is particularly special as it’s considered to be one of the oldest shrines in the country. It is said to have been founded by the Empress Jingu in the 3rd century. There are two plays that are regularly performed at the shrine retelling stories from the Genpei war giving you an alternative to your usual shrine visit.

This area is famous for its sake distilleries and best of all, many of them offer tours. Varying in price, on a whole they’re often a couple of thousand yen. However, for that price, you will get a tour of the distillery, an insight into the history of sake and the production process, and at the end a chance to sample some of the delicious sake.

The harborland is the best place to visit all year round, there are numerous restaurants with a range of cuisine, a maritime museum, a giant red ferris wheel, and the Anpanman museum. You certainly won’t get bored and there are often plenty of community groups putting on mini performances and festivals around the harbour front for you to enjoy throughout the year.

To the north of Kobe is Mount Rokko. It’s more of a range and offers some good hikes with breathtaking views across the city and the harbour, you can even see Osaka in the distance. There are also plenty of onsen scattering the hillside and a snow park (with artificial snow) to practice your skills before heading further north for some full-on skiing. If you don’t fancy the walk but do want to enjoy the views, you can make use of the cable car that runs up the side of the mountain.

Okay, so it’s not quite Kobe but it is a stones through away. Awaji island connects the east side of Shikoku to the mainland and is a beautiful place in itself. In particular, there’s an amazing flower park with magnificent displays of flowers across the hillside that changes all year round. 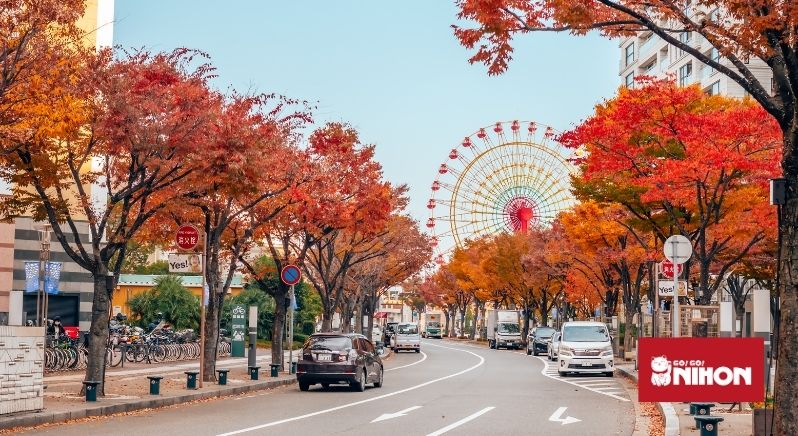 Why should you live there?

So we’ve covered what you should do while you’re there but why should you be living in Kobe in the first place?

Well to start with, Kobe is ideally situated for day trips. Osaka, Kyoto, Himeji, and Awaji are all in easy reach and it’s on the shinkansen routes so it’s quick and easy to explore the surrounding areas as well as the city itself. Not only is it quick to get to these places, it’s cheap too, for example, Osaka is only 30 minutes away and costs just 3-400 yen.

As a port town, there are plenty of people coming and going from within Japan and outside. The popularity of the beef around the world has made it a regular stop for many tourists and the city has adapted well, making it welcoming and friendly for foreigners.

As the sixth-largest city in the country, it’s still very much a city but it’s significantly less crowded compared to Tokyo, Osaka, and Kyoto in particular. This means you get all the benefits of city life but for a more affordable price.

The closeness of Mount Rokko to the city makes it a great location for those who want the best of the city and the countryside. Mount Rokko, as mentioned is great for hiking and the autumn colours on the mountain side are a sight to behold. There are also some excellent bike tracks through the mountains as well.

With the port, proximity to Osaka airport and a lot of foreign companies in the area, there’s a real international vibe to Kobe. This metropolitan feel isn’t something you get as much in the other cities and living in Kobe gives you a different feel to other places while still maintaining that unique Japanese experience.

A further benefit to the geography of Kobe is access to onsen. With other places you might have to settle for a trip to the sentō or take a day or two out to head to mountains to relax in an onsen. With Kobe you can do it in a day. With a quick trip up the cable car on Mt Rokko, you’ll soon be relaxing in a spring fed onsen. Arima onsen is one of the most famous in the area and possibly one of the oldest in the country.

Now you know where to go and why you should go, what’s stopping you? Living in Kobe is a unique experience, offering the best of Japan but with an international feel and nature on your doorstep while living in a city.

Read more about life in Japan on our blog.

Tags: nature, study in japan, things to do

3515
Study Trips Accommodations Advertise with us