It used to be quite difficult finding wifi in Japan, but recently there are more and more locations with internet access. When you arrive to a new country, one of the first things you look for is connectivity so you can let your friends and family know you’ve safely arrived, or update your social media on your new adventures. I know the first thing I did when I got to Narita International Airport was look for the airport wifi. Yes, the airport offers free wifi!

If you’re staying at a hotel or a short-term apartment, chances are, there will be wifi there, often free of charge. A few hotels charge per hour or by day. It is less common to have access to wireless internet in Ryokan private rooms. Check before you travel whether your accommodation has wifi service. 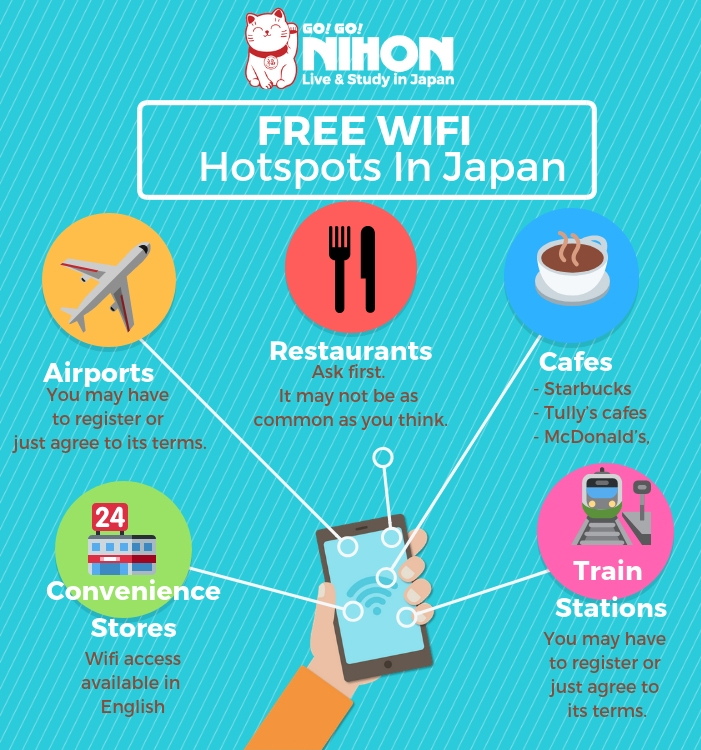 These are few and far between. You’d be surprised how hard it is to find wifi hotspots, even in major cities like Tokyo and Osaka. There are however, increasingly more hotspots at airports, train stations, cafes, convenience stores and restaurants. Some are easy to join but others include lengthy registration systems.

If you’re traveling in Japan, download the Japan Connected-free Wifi app by NTT on your phone. The app unifies the registration process of more than 150,000 free hotspots and supports 16 languages.

Or download the Japan Free Wifi app, that finds the closest hotspot from more than 200,000 around Japan.

You can also use Softbank’s Free Wifi Passport, which allows travelers to use Softbank’s more than 400,000 hotspots around Japan. The service is available at restaurants, cafes, shops, major train stations and hotels with the Softbank wifi mark.

Most airports have free wifi, similar to other countries. You may have to register or just agree to its terms.

Many large train stations, including all Yamanote line stations and most Tokyo Metro stations have wifi. Many shinkansen stations also have wifi, most of which needs a registration. Just open up your browser at the station and it will most likely guide you to a registration page.

Most of the main chains of konbini have wifi access available in English. Look for Seven Eleven or Family Mart, open up your browser once inside, and follow the directions.

Some cafes and restaurants may have wifi, but it may not be as common as you think. Most McDonald’s, Starbucks and Tully’s cafes have accessible wifi. If you’re unsure, you should use one of the apps mentioned before to search for a location. 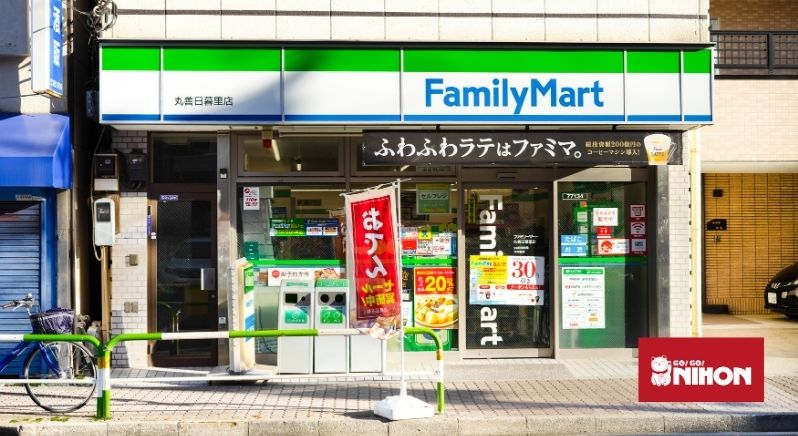 You can probably find more paid wifi hotspots around Japan. Plans vary in price and can be based daily or weekly. A lot of them are hard to navigate or are in Japanese only.

If you’re only visiting for a short while and you don’t want to have to worry about finding hotspots, renting a portable wifi router is probably your best bet. The small, chargeable devices work on cellular data to bring you wifi, and you can generally connect several devices, so it’s ideal if you’re traveling in a group and can share the cost. These are easy to rent and are available at most international airports, as well as online for delivery to the airport, hotel or home. Go! Go! Nihon can help you with options, so don’t hesitate to drop us a line!

Another option if you’re just looking to connect your phone are SIM cards with short term data-only plans. Ranging from a couple days to couple weeks and even months, they’re available at the airports and at carrier stores for easy access. Of course, if you’re staying for more than a couple months to study in Japan, you should probably get a carrier plan for more reasonable monthly plans.

Moving to Japan? Try to figure out how you want to be connected. If you’re only in Japan to visit for a short time, you may be able to get by with finding wifi hotspots or carrying a router with you.

Follow the Go! Go! Nihon blog for more tips about life in Japan.

4278
Study Trips Accommodations Advertise with us