It is a fact that Japan is one of the most developed countries in the world. The punctuality of its public transport, clean streets, public safety, and high life expectancy are well known outside the country.

However, there are many aspects of Japanese society that are slow to change, with one of these being recognition, acceptance and understanding of the LGBTQ+ community. So how is the LGBTQ+ life in Japan? 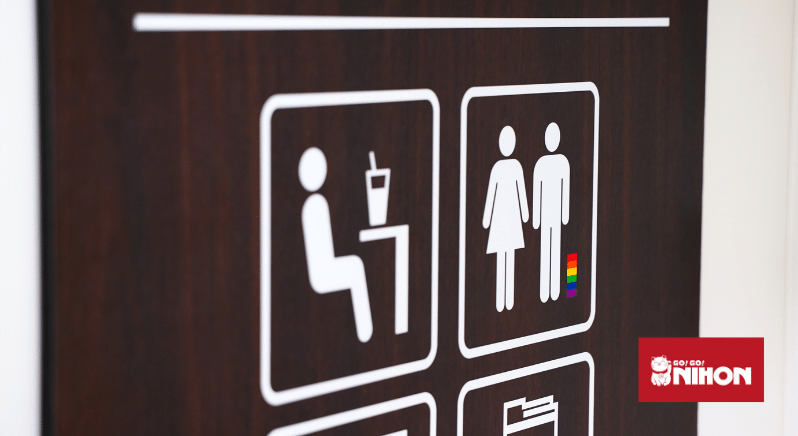 Does homophobia exist in Japan?

While overt or blatant homophobia might not seem to be an issue in Japan, this doesn’t mean that it doesn’t exist in more subtle or micro-aggressive forms.

This is just a general observation based on life in a large city though – the dynamic could very well be different outside of large urban centres, and even in pockets within cities too.

Again, while it’s uncommon to see overt acts of homophobia on a daily basis, there have been some public figures who have expressed their dislike towards LGBTQ+ people in the past.

For instance, in August 2018 there was a famous case that got the attention of international news outlets. LDP lawmaker Mio Sugita questioned the use of taxpayers’ money for LGBTQ’s causes, like same-sex marriage because “these men and women don’t bear children — in other words, they are ‘unproductive’.” Around the same time, another member of the LDP, Tomu Tanigawa, suggested that same-sex relations are a kind of “hobby” and that legal measures to allow same-sex marriage are unnecessary.

Progress towards the future

Apart from all this hate, various local governments have taken action and legalised same-sex civil partnerships. The first one was Shibuya, followed by Setagaya (both in Tokyo). Since then, a few others have followed suit including Sapporo, Fukuoka, and Osaka. In May 2022 the Tokyo Metropolitan Government announced same-sex partnerships would be recognised throughout the entire city – however they are still not considered legal marriages.

On top of that, the central government does not recognize same-sex partnerships. Therefore, in practical terms, these certificates issued by local governments have little or no use.

There are also other people trying to provoke the government. In February this year, on Valentine’s Day, 13 same-sex couples filed a lawsuit against the Japanese government, claiming that it was their constitutional right to be able to get married. Article 24 of the Constitution says, “Marriage shall be based only on the mutual consent of both sexes and it shall be maintained through mutual cooperation with the equal rights of husband and wife as a basis.”

LGBTQ Japanese voices still need to be loud in order to be heard, which leads us to Pride. Like many countries, Japan also has its own version of gay pride, with the first event taking place in 1994. The main Pride takes place in Tokyo and is known as Tokyo Rainbow Pride (東京レインボープライド). It usually happens between April and May and is a 3 km-long parade around the Harajuku/Shibuya area. The event is not only a march. It is a one-week celebration organised by the LGBTQ community in Tokyo to support and promote awareness and equality. On the weekend, there is also an event fair at Yoyogi Park (代々木公園) with stands of companies and organisations showing support and offering gifts, as well as food and beverage stands, along with a stage with presentations.

There are other pride parades around the country, such as the Kansai Rainbow Festa. It is worth checking which is the closest to where you live or will visit.

The most famous area in Tokyo associated with the LGBTQ community is called Nichōme (２丁目) in Shinjuku. The area has a great concentration of LGBTQ bars (around 300). The majority are very small, located on several floors of the buildings found in the area. These tiny bars have a warm, friendly atmosphere, centred around the bartender, who is usually the owner (or mama-san in Japanese gay slang). Usually, everyone knows everyone, and sometimes they even bring food from home to share. These bars can be a unique experience, but without much knowledge of the language, it’s likely that you will not understand much and feel out of place.

Among the most popular bars, where the foreigners usually go, it is worth mentioning Dragon Men, which is a bar/nightclub with its own small dance floor. Another famous bar is The Eagle, which recently opened a second bar, right there in Nichōme. Gold Finger is a bar focused on lesbians and on Saturdays, only women can enter. And finally, the most famous nightclub is called Arty Farty. It is hidden on the first floor of a building. One tip: a lot of people do pre-drinks in front of the Seven-Eleven shop in the area before heading to the bars.

Other bars and clubs that are worth mentioning are Campy, AiiRo Cafe, FTM Bois (focused on transsexuals), The ANNEX and AiSOTOPE Lounge. 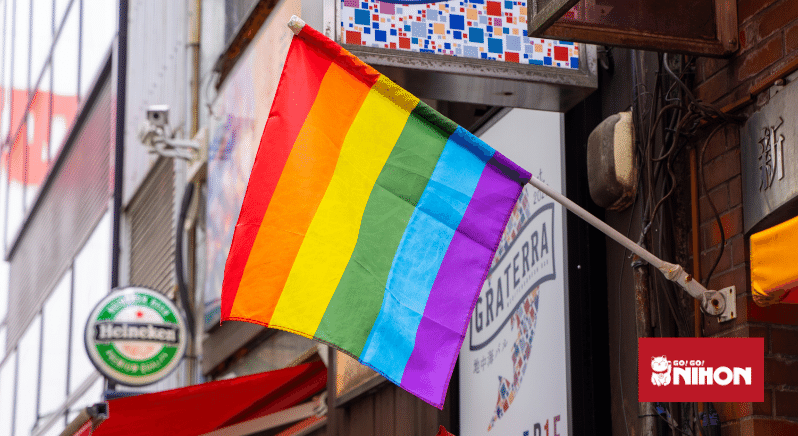 Of course, LGBTQ+ communities exist outside of Tokyo, so here are some other locations around the country!

If you’re in Osaka, you will find the local LGBTQ+ community gathering in Dōyamachō 堂山町, an area near the bustling business and entertainment district of Umeda 梅田. Note that many of the LGBTQ+ bars and clubs cater to an exclusive audience, however there are some foreigner-friendly establishments that welcome everyone, such as Australian-owned gay bar FrenZ-FrenZY and Explosion Club.

While Fukuoka lacks a concentrated community for LGBTQ+ people, there is a small handful of bars in the Hakata 博多 area e.g. Rushmerry, Daidai and Cracker.

Head up north to Sapporo and you’ll meet one of the most LGBTQ+-friendly cities in Japan. It was one of the first places in Japan to recognise same-sex partnerships. Bars and clubs are located in the Susukino すすきの area. Bar Orb is one of the oldest gay bars in the area and while everyone is welcome, it is particularly popular with the local lesbian crowd. Gay men particularly enjoy Bar Sign Oh!, with its bias towards pop music and its friendly staff. Lalatoo puts on both Japanese and international drag cabaret shows.

Back in Tokyo, Dragon Men has an event called Not Alone Café, which happens on the first Sunday of the month. It is an event open to anyone and can be a good way to meet new people when you first arrive in Tokyo. Also in Nichōme, there is Akta, a community center for the LGBTQ community in Tokyo. Although almost everything is in Japanese, you can find people who can speak English.

Another LGBTQ event is the Rainbow Reel Tokyo film festival. The first edition took place in 1992. The festival usually happens in July, so keep an eye out for it around that time.

To learn more about what it’s like to be LGBTQ in Japan, I recommend the documentary Gaycation. It’s a series created by Vice showing LGBTQ+ life in various cities around the world, and the first episode is in Tokyo!

Additionally, if you are a foreigner living in Japan who wants to connect with local LGBTQ+ communities, an organisation called Stonewall Japan might be a good first port of call. Their aim is to create a safe and open space for sexual and gender minority groups in Japan through events and projects.

I hope that with this post I may have given a general idea of what the LGBTQ life is like in Japan. Not everything is perfect, but the future is promising!

7426
Study Trips Accommodations Advertise with us