Starting to learn a new language can seem like an overwhelming task. It seems like there’s a lot to learn and you don’t always know the best way to start. Even more difficult with a language that has an almost completely different character set to anywhere in the world.

Remember there are plenty of reasons to learn Japanese though and we’re here to tell you not to panic! It’s not that hard and once you’ve found the right techniques. In this article, we will give you some pointers, as well as our number one app to learn hiragana and katakana.

Japanese is made up of hiragana (平仮名), katakana (片仮名), and kanji (漢字). We’ve already put together a handy guide on these right here and we recommend having a read of our article about Japanese characters first. Once you’ve mastered these, you’ll be able to read a lot of signs and start on your way to understanding the language.

Our favourite method for learning them is using mnemonics. A mnemonic is a learning technique that aids information retention. So when you learn something, you also remember it. Sometimes this can be a song, an acronym, an image or a story to help fix the information in your head. For example, you might remember learning the order of the planets at school using a mnemonic. My very easy method just speeds up naming planets: Mercury, Venus, Earth, Mars, Jupiter, Saturn, Uranus, Neptune, Pluto (Yes, I know we can’t agree on whether Pluto is a planet or not).

When it comes to hiragana and katakana, breaking the characters down into a set of building blocks, and building a story around this is a good starting point. 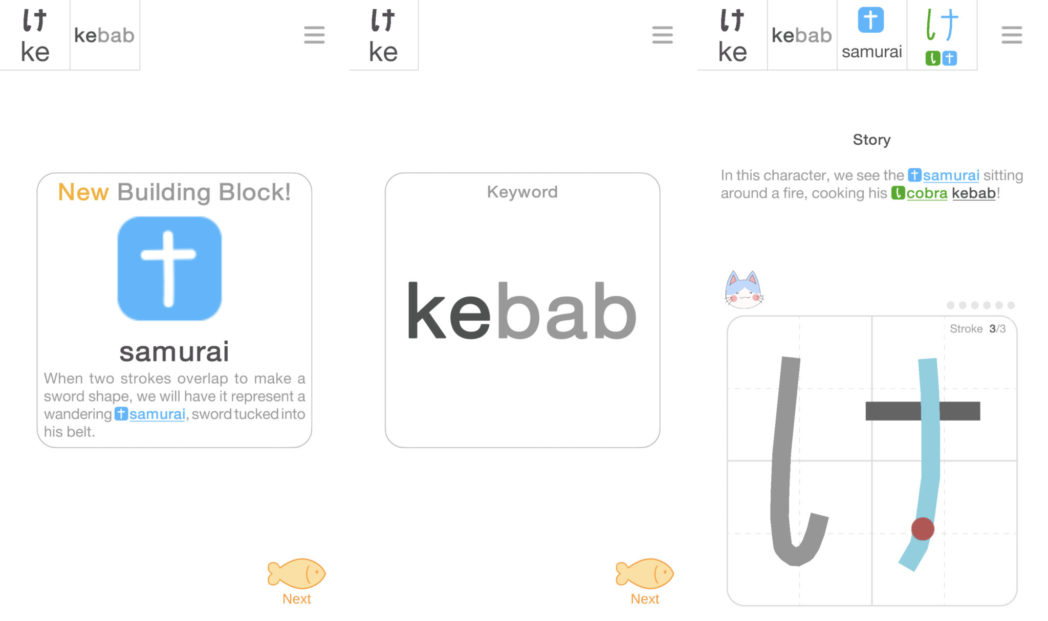 Let’s take Ke (け) as an example. First, let’s break it down into building blocks. By associating the blocks with a similar image will help you to build a part of the story. Next, try associating the character sound with a word you are familiar with. Then take this word and try and build it into your story. This will give you a full image that you can associate with the character to help fix it in your memory.

Having helped so many students over the years come to Japan, we know that not knowing hiragana and katakana can be one of the biggest problems for our students when they arrive in Japan. As we’re all about helping people get moving with their dreams of living and studying in Japan and because we love mnemonics so much, we decided to make an app to learn hiragana and katakana, and in this way help all our students before they even start their studies in Japan.

Hiragana Quest uses the mnemonics method. By breaking down the characters into building blocks and then building a story around the character and the blocks, memorization will be much easier and you’ll have a clear visual narrative in your head to guide you through the whole 46 characters of hiragana and 46 characters katakana.

Mnemonics are brilliant for helping you remember but it’s just as important to practice writing! Once you’re happy with the story behind the character you’re able to practice drawing it in the app using an accurate stroking system to guide you and to let you know where you might be wrong. You’ll also be marked as you go, why not see if you can get the top score on all the characters.

Now our app wouldn’t be very good if we didn’t embrace the full spirit of Japan so we’ve got our own mascots, hirako and katako to help you as you learn! 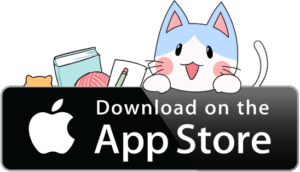 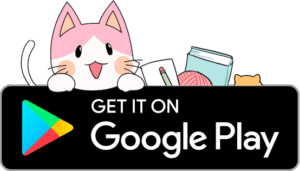 Who’s behind it all?

We’re proud of our students and love to tell you about their success stories. Did you know that Hiragana Quest is actually made by one of them?

In 2012, Andrzej Zamoyski left his job designing video games in the UK to pursue his passion for studying Japanese. With the help of Go! Go! Nihon, Andrzej found a place at the Kyoto Institute of Culture and Language (KICL) and packed his bags for Japan.

As chance would have it, at KICL he met an Indonesian artist and together they developed and released their first game Hungry Oni. On the back of Oni’s success, they founded Futuretro Studios and went on to turn their focus to using games as a medium for learning language, releasing the full-blown RPG, Study Quest in 2017. 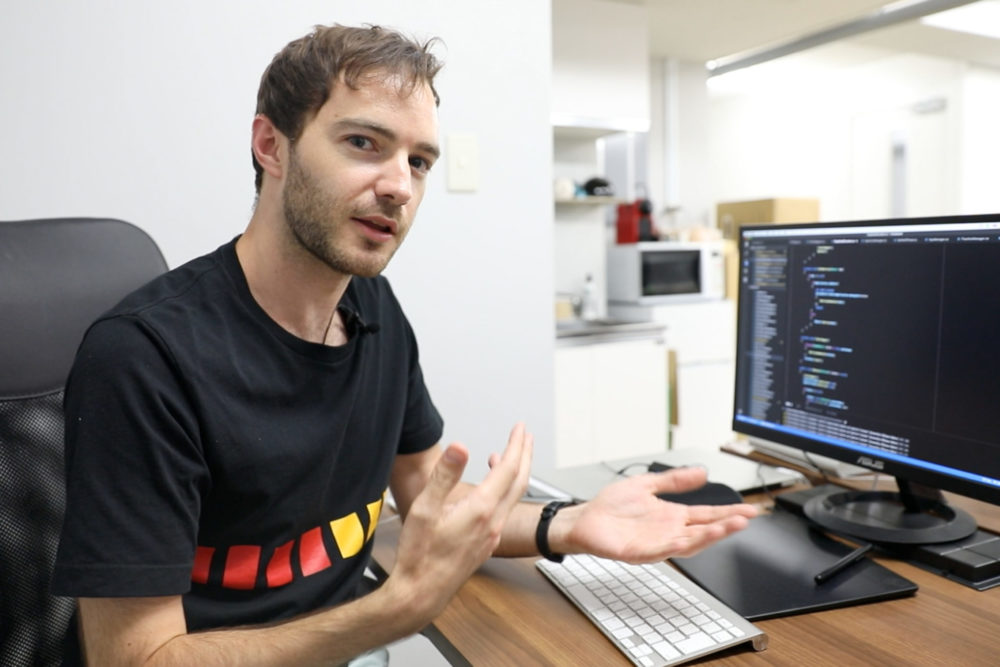 Andrzej always hoped to have the chance to help others to begin their own adventure in the Japanese language. In 2018 he partnered with Go! Go! Nihon to make his dream a reality and created Hiragana Quest.

Hiragana Quest is available in five languages – English, Italian, French, Spanish or Portuguese, and can be downloaded for iPhone or Android.

What are you waiting for? Start your Japanese language journey today!