Tokyo’s famous Tsukiji market, with its bustling turret trucks transporting fresh fish around the grounds early every morning, has moved to Toyosu. As you can imagine, an 83-year old fish market of these proportions didn’t move easily. In fact, although over 600 merchants did make the move, some simply couldn’t afford it, and have since closed down. What happened? Why did Tsukiji turn into the Toyosu fish market, and what does this mean for those still wanting a glimpse into the famous Tuna auctions?

A long time in the making

Finally opening up on October 11, 2018, this move wasn’t a random one. All parties involved had been discussing modernizing Tsukiji for over 50 years, with renovations even starting in 1991, but ending in 1996 due to cost and time concerns. In 2001, the metropolitan government decided the market would have to be moved elsewhere.

Because of its limited size relative to the amount of fish and food traded, Governor Shintaro Ishihara made the choice to move Tsukiji to Toyosu. Everything would be better there. The market would finally have space to operate and grow, and air conditioned buildings would better keep the fish; as opposed to Tsukiji’s open air market that lay at nature’s mercy every hot summer.

The Toyosu fish market is previously the site of a Tokyo Gas Co. plant, and further investigation revealed benzene concentration in the soil at 43,000 times the environmentally allowed level. The Tokyo Metropolitan Government decided to remove the top 2 meters of soil on the entire site, replace it with decontaminated soil, and then adding another 2.5 meters of fresh soil on top. In total, a 4.5-meter-thick layer of clean soil would allow Toyosu to start off on a clean slate.

The soil decontamination was completed in 2014 and construction of the new market was going well until September 2016, when Governor Yuriko Koike postponed the relocation to test groundwater at the new site. Officials found the supposed layers of clean soil underneath the buildings were missing. In fact, there were hollow spaces in lieu of dirt. Officials involved claim that the hollow spaces allow for heavy equipment to be lowered underground in order to fix future soil contamination issues. Though as of July 2018 the Toyosu site has been finally marked as safe, merchants and customers are worried: will the food be safe? 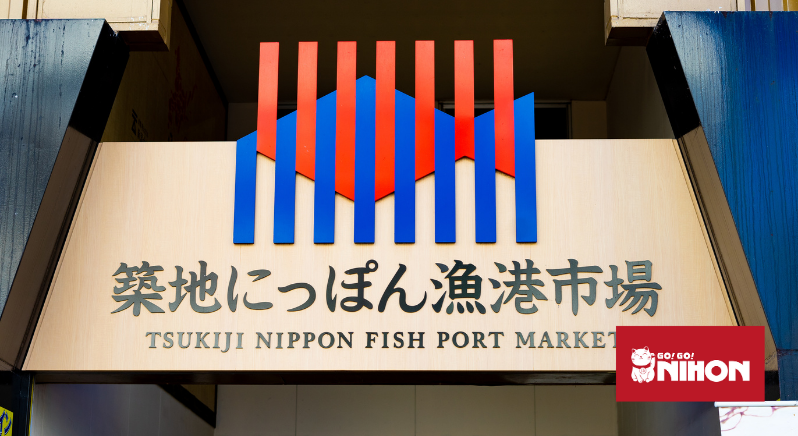 Everything about the Toyosu fish market

Toyosu fish market has its problems, but Tsukiji was becoming too unfit to handle the volume of its market. A move was needed. The market handles nearly 25% of Japan’s wholesale fish, and a market this size needs to be able to regulate temperature. Tsukiji isn’t able to do that. On top of that, there are new earthquake, fire, and sanitation rules that must be followed.

The new site is over 1.5 times larger, finally allowing for proper space for wholesale, auction, and merchants to convene in one space. There are 3 main buildings: two for seafood, and one for fruits and vegetables. All are connected to the Shijo-mae Station as well as each other through pedestrian walkways, and all contain viewing decks from where tourists can see the action without getting in the way of business. This is important. Although it will no longer feel as authentic as being in the mix with the vendors, we really must remember that they’re here to do business. Tensions between workers and tourists were becoming a huge problem at Tsukiji. So while you won’t be slipping your way in between wholesale stalls of fish and busy trucks, you can now get a bird’s eye view of everything happening in the day of a fish market!

Here’s where the action happens. Whereas before visitors could risk missing the tuna auction due to maximum capacity in the building, the new building is now specifically built to accommodate tourists. A long hallway with thick windows to keep onlookers warm looks down onto the auction area, and those wanting to get closer can go downstairs to an open observation deck that connects to the sounds and smells of the market.

The wholesale shops that sell seafood bought from the auctions are off limits to tourists, but there is a restaurant and shopping area here. Looking for a solid knife or other industry goods to forward your filleting skills? Come check out the goods at the Uogashi Yokocho. Want to check out Tokyo’s waterfront? Head to the top for the rooftop garden.

Here is where everything non-fish related happens. Visitors can glimpse into the veggie dealings and even check out a couple more restaurants if they wish.

Heading into the future

Though it’s come with controversy, the move has happened, and Tokyo’s government hopes to make the most of it. Tsukiji was amazing. It felt raw, busy, and romantic to be lost in the midst of the chain that brings Japan’s freshest fish to restaurants all around the world; but although things have changed, Tsukiji is not gone. It’s simply moved. The closed and controlled environment will allow for better, more sanitary conditions for fish preservation as well as better piece of mind for those who work in the industry.

Most of Tsukiji’s inner market will be in the Toyosu fish market, providing the same amazing fresh seafood that it has built its reputation with. Admission will be free of charge as well. Those wanting to see the busy auction are advised to get there at 4:30am daily, when the action starts. No tickets are needed this time. Just find a good spot on the platform and enjoy!

Don’t forget though that Tsukiji still have delicious fish restaurants. Join our Japan study trips to get a Tsukiji tour with our Tokyo Essentials and Tokyo 360 courses.

5056
Study Trips Accommodations Advertise with us