Dragon Ball, Naruto, Cardcaptor Sakura… these manga (漫画, まんが) are known throughout the world and have brought Japanese comics fame across the international scene. A genuine institution, Japanese manga have a unique style that sets them apart and have brought entertainment to young and old for generations. Let’s take a look at the history of manga and its black and white universe.

The birth of Japanese manga

The history of manga is very much related to the history of Japanese art. Although manga as we know it now first came to be after the Second World War, the first manga appeared in Japan as early as the 13th century, through a book showing scenes of moving animals, called the Chouju-giga (鳥獣戯画).

At the time incredibly novel, the drawings of this collection are made of thick, dynamic strokes that gave motion to the characters. This technique caracterizes modern Japanese manga and was adopted under the Edo period (1603-1868) by Toba-e (鳥羽絵) artists.

Bordering on caricature, the Toba-e style gave rise to the first rasterizations in Japan: a technique which manipulates light in order to create a dynamic environment around the drawing.

It is also at that time that the word “manga” appears for the first time. It was first used in 1798 to refer to the Shiji No Yukikai by Sandou Kyouden, a collection of drawings featuring scenes of daily life. The expression was used multiple times afterwards throughout the century and ended up referring to the Ukiyo-e (浮世絵) stamps, made popular by Hokusai.

In the 20th century, the word takes on further meaning. Used for propaganda during the Second World War, manga becomes one of Japanese visual art’s most important symbols. As such, it creates a boom in the literary industry, and becomes popular abroad, where it becomes very successful. 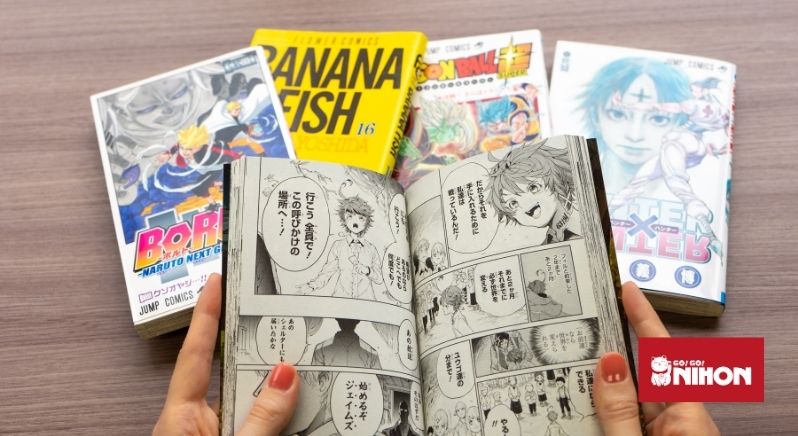 Usually counting about a hundred pages, Japanese manga is usually found as a small format and is read from right to left.

Mostly black and white, it owns a very specific dynamic: special lighting to counter the lack of color, backgrounds with more detail than the characters to set those apart, and more. These techniques differ greatly from those used in Europe or in the United States.

The story’s format is also different, as manga are usually divided into chapters, further divided into volumes. A very popular manga could spread across about fifty volumes, such as Masahi Kishimoto’s commercial success, Naruto, which ended after 72 volumes, whereas a less popular story could be wrapped up after a few chapters.

Although the art style was rather consistent through the 1980’s (round faces, big eyes and so on), these days strokes are more diverse, and each mangaka has their own way to draw.

A true artist, the mangaka ( 漫画家) creates not only the drawings but also the story behind them. It is a difficult profession, and passion is usually not enough to become a mangaka. Patience and luck are essential elements in the artist’s success, if only to get noticed by an editor.

Editors boost the mangaka’s career by giving them a spot in a pre-publishing magazine. Manga are usually released in certain magazines before making it into tomes in order to become known throughout the public.

These magazines are very important to the Japanese manga industry, since they determine whether or not the manga will be published. If the manga is popular with the readers, the creator may have their manga printed. Otherwise, the story will be taken out of the magazine, and the artist will be back to square one.

Some mangaka known worldwide for their work are Akira Toriyama, creator of Dragon Ball, and Takeshi Obata, who penned Death Note. 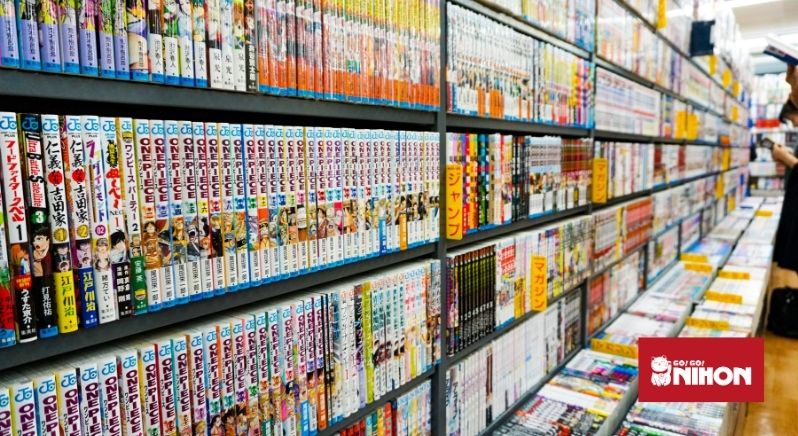 Stories for young and old

Very popular, Japanese manga target a large audience. There are so many varieties that children and businessmen can find something of interest. Here are some genres:

Very diverse, the stories told through manga are always a bit inspired by Japanese culture. If you want a first look into Japanese daily life, why not grab a manga and take the plunge into this fascinating universe!

If you like manga or anime, check out our Otaku Japan course. It’s a 3-week study trip with Japanese language course and several activities made for Japan geeks. We will visit The Ghibli Museum and Akihabara, on top of other cool experiences.

5194
Study Trips Accommodations Advertise with us