Getting the conversation started in any language or culture is important and saying hello in Japanese is no different. There are different forms, different levels of politeness and certain rules that you must follow depending on who you are talking to. Wherever you are in the world, it’s important to get this right otherwise you risk insulting somebody or simply confusing them if you’ve not opened the conversation correctly.

This is the same in Japanese and as you might expect, there are several words for greeting someone or simply saying hello. These change depending on the context, the person you are talking to, and the time of day. Let’s start with the basics.

Ohayou (おはよう)
Ohayou is one of the first words you learn in Japanese and is one of the first greetings you will learn. On its own, it is casual and is used when meeting someone first thing in the morning and usually no later than noon. It is the equivalent of the expression “morning!” in English, a shortening of “Good morning”. There is also the honorific version ohayou gozaimasu (おはようございます), which should be used with those that you don’t know or with colleagues/acquaintances older than you.

Konnichiwa (こんにちは)
The most common greeting you’ll hear and one you’re likely familiar with already. It is the equivalent of “hello” or “good day” in English. Similarly to English greetings, it also has a more common usage at particular times of the day. While this one can be used throughout the day without seeming odd, it is generally used from late morning onwards. It is also worth noting that the kana spelling is a little different to what you might expect. The wa sound is not spelt with わ, but rather with は (ha) as if stating the topic. A useful tip for remembering this spelling is to think of the literal translation of “now – day!” and that you are exclaiming the day as the topic at the start of the conversation.

Konbanwa (こんばんは)
Moving through the day, we come to the last common expression but for the late afternoon and evening. Similarly to konnichiwa, this time we are exclaiming that it is the evening and must also use the final syllable は.

Saying goodbye is just as important and this can change too depending on the context. Let’s explore the options here:

Sayounara (さようなら)
In the same way that you have probably heard konnichiwa even before starting to learn Japanese, it is likely that you have heard Sayounara. This is the common equivalent to “goodbye” and is the best way to politely end a conversation.

Jya ne (じゃね)
If you are looking for a more casual form then this is the best equivalent to a simple “bye“. It has the same meaning but is a more colloquial form and should only be used with friends and family. There’s also the alternative mata ne (またね). 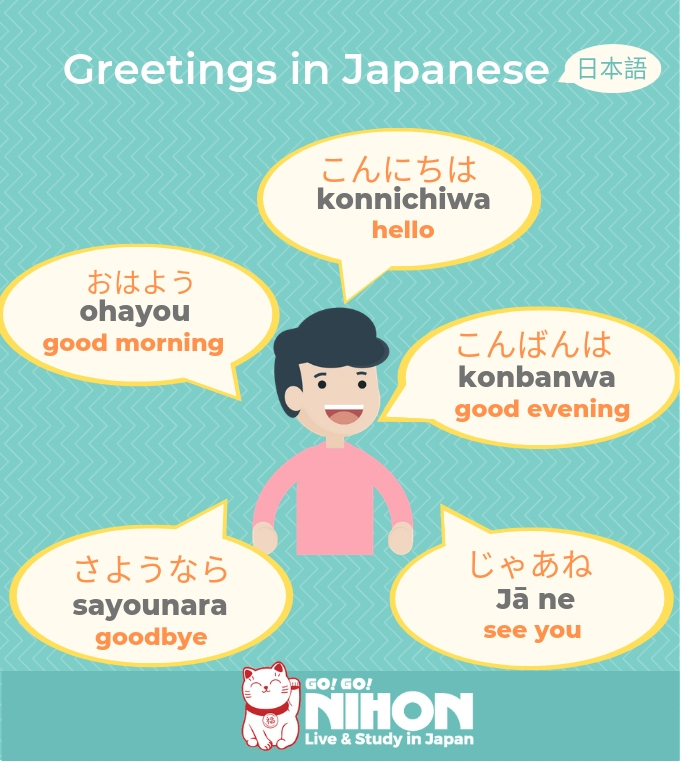 As with all languages Japanese offers us plenty of interesting slang. Remember though, it’s easy to slip up in Japanese with the different types of language, casual, polite, honorific so make sure you only use these if you feel comfortable with the people you’re with and are good friends. These are are top slang terms for hello:

Yaho (ヤッホー)
Predominantly used by girls, you’ll hear it a lot more in younger groups of girls. As it is a newer slang expression rather than a formal greeting it is written in katakana.

Ossu (おっす)
Ossu is mostly used by men. As you might’ve guessed it is simply the contracted form of ohayou gozaimasu. This one can seem a bit odd that it’s an informal phrase for use between friends or close relatives as it was originally a military phrase and is based on a formal greeting.

Other things to remember

As you start studying Japanese or even if you decide to come to Japan on a student visa or a study trip, there are plenty more greetings and ways to say hello in Japanese, particularly as you discover the different levels of formality and honorific language. Just remember to practice and if you’re not sure then stick with the general formal phrases.

If you want to start looking at more in depth greetings then why not have a look at our article on Japanese honorifics. Lastly, you can follow us on our YouTube, Facebook and Instagram channels, and contact us by email if you have questions about living and studying in Japan. 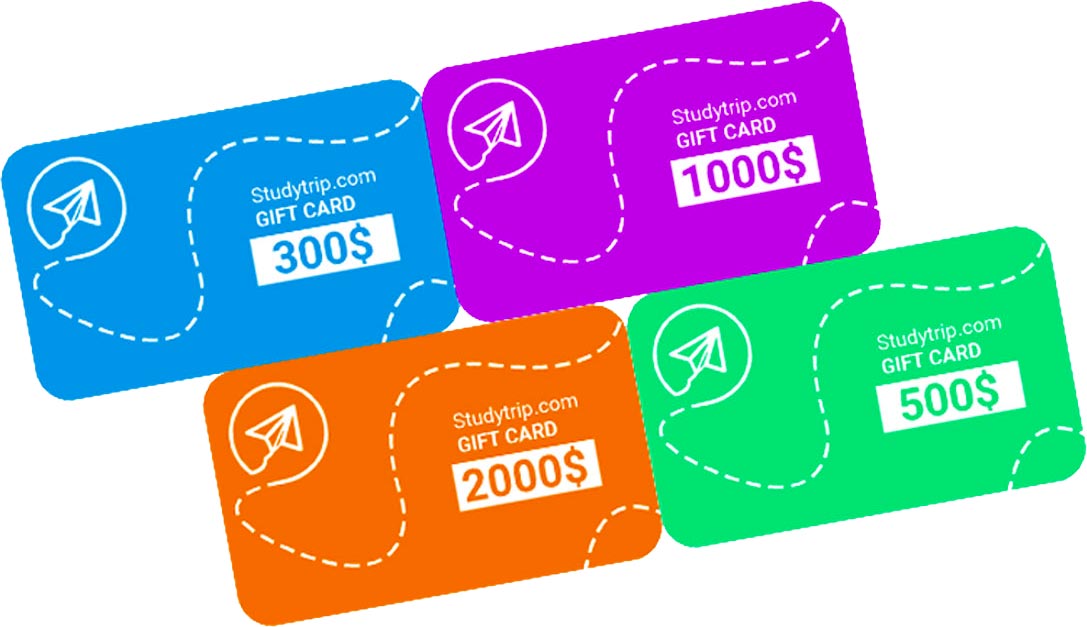 16094
Study Trips Accommodations Advertise with us