Is it really possible to learn Japanese from manga? Well, maybe not completely but it can actually be a very effective tool for practicing reading. Just make sure that you combine it with some properly structured learning and pick the right texts. Otherwise, you’ll find you’re well versed in pirate slang and not much else.

We’ve put together some more reasons to learn Japanese from manga and a few keywords to look for. Learning kanji takes time, study, and a lot of repetition. Manga is actually an excellent way to get used to seeing kanji in context and in an engaging way. On the most part the kanji found in Japanese comics has the furigana alongside each character so you know what the pronunciation is. Furigana is small kana that is printed next to the relevant kanji to show how to read it.
The point of this is to make the stories accessible to a broader audience. If you are looking to use this as an aid then do check first as some manga for more adult audiences won’t have the furigana and you don’t want to get stuck with a book you struggle even more to read.

What’s more, having the kanji in a narrative form and accompanied by images gives you plenty of context to decipher the meaning quickly and effectively.

Another element of kanji worth exploring in manga is the ateji (当て字, “assigned characters”). Ateji are kanji that represent a word based on phonetics, not meaning. That is to say that the kanji used for a word may not have meanings that are relevant to the actual word but do have the correct sounds for it.

The most commonly used example of this is sushi, which is written with the words for “longevity” and “director”(寿司), both of which have absolutely nothing to do with food.

Nowadays you might be more familiar with loan words being written in katakana to obtain the same effect but previously atejis were a much more common practice.

These are particularly useful to learn because you’ll find they are quite commonly used in newspapers and articles. In particular, countries often have ateji. Here are a few examples to get you started.

可愛い: kawaii, although this is usually written in hiragana

沢山 (takusan): “many,” this is also usually written in hiragana 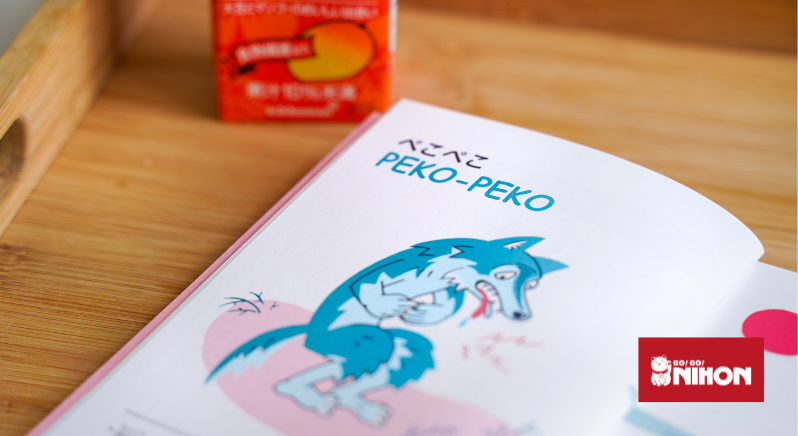 This is something you might be used to seeing in English comics too. Words that are written as the sound they represent. Whether Mickey Mouse is your favourite or Batman, you will have seen plenty of “Ahhh!”, “Crash!” and “Boom!”.

They add a level of dynamism to the story, particularly when accompanying images and you’ll see they are commonly used in manga too.

The Japanese language itself has a strong love of onomatopoeia both in and outside of manga. Whether animal sounds, animal movements or even as far as each type of rain, there are many of these words and they are rather delightful when seen written down or used in a conversation.

Given the enormous amount of these words in Japanese, it’s difficult to know where to start learning which is why manga is good for it. We thought we’d get you started though with a few common ones.

うふふ: A lighter laugh. Often suggests that the character is hiding something

ごろごろ: a rumble of thunder

じー: the sound of an insistent look

ぼーっ: looking lost in the void

がばっ: a sudden movement, often used when the character wakes with a start

There are a few more unusual ones that are used more to indicate a feeling for a character or a change of sensation rather than physical things. These adverbs expressed as onomatopoeic words are also very common in manga.

すっかり: translates as “completely” alone, in the form of onomatopoeia, it indicates something beautiful, which generates a pleasant sensation.

すっきり: “feeling reborn”, “refreshed”, although it can also be used to indicate something is clean.

いらいら: indicates the character is irritated.

ごろごろ: takes on different meanings depending on the situation. It may indicate a tummy grumbling, a cat purring, the roar of thunder, an object that rolls …

ぺらぺら: normally used to indicate a person who is fluent in a foreign language, in the case of onomatopoeia it is used with talkative characters, or it represents the noise of sheets that are peeled apart.

ぴかぴか: something that shines or makes sparks, very easy to remember if you think that it is also the sound of the famous electric-type Pokémon, Pikachu. 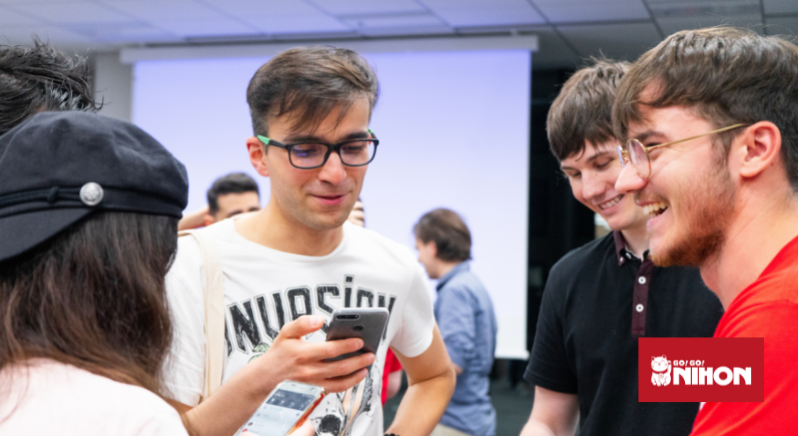 Are you on Facebook, Instagram or Whatsapp? Then manga is a great way to get used to using these in Japanese and understanding the slang that younger Japanese people use.

Here are a few words to get you started with if you’re chatting to your new friends.

卍 (マンジ): although they have many variations, it has no real meaning. It is used when one is excited about something and we could translate it as “I can’t believe it!” Not to be confused with the Nazi swastika, this kanji is originally a symbol commonly used in Buddhism.

草: this one could be confused by reading the “grass” kanji, but on the internet it is used to indicate a big laugh, as in the case of 笑笑.

エモい: derives from the English word “emotional” and indicates a very strong emotion, which can be both positive and negative.

If you love manga and Japanese why not take your studying further and make use of your passion in your practice?

Want to explore other study methods and learn more about life in Japan then keep up to date with the rest of the Go! Go! Nihon blog.

21884
Study Trips Accommodations Advertise with us