Bonsai (盆栽) is a beautiful art form in Japan that aims to blend horticultural skills with Japanese aesthetics. Its two kanji—bon (盆) meaning basin or tray and sai (裁) meaning planting—literally translate to “planted in a basin” or container.

If you’ve ever seen these “mini-trees,” you might be surprised to hear about the time it takes to cultivate and carefully create these masterpieces (sometimes hundreds of years!). Here’s an even bigger surprise: a bonsai tree isn’t a genetic miniature, it’s exactly the same as its brothers and sisters out in the forest! Here are even more facts about the art of bonsai in Japan. 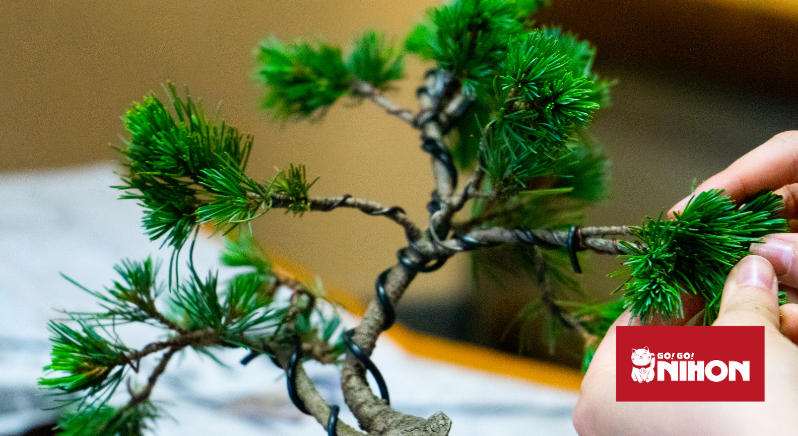 Bonsai’s purpose is to evoke reflection on the viewer’s part and ingenuity on the grower’s part. It originates from the ancient Chinese tradition of penjing, or penzai. In the 6th century, Japanese Imperial and Buddhist students visited China and began to bring back goods, including plant-filled containers. Japan’s Zen Buddhism further shaped these containers by taking away added figurines and items which weren’t essential to its minimalist teachings.

It was around the 14th century that Bonsai tree cultivation began to enter mainstream culture. In 1383, a play written by Zeami Motokiyo depicted a poor samurai who burned his last remaining bonsai in order to accommodate a traveling monk. It quickly gained popularity, and the rest became history.

Bonsai is so well preserved and cherished that the oldest living bonsai tree—considered a National Treasure of Japan and currently in the Tokyo Imperial Palace collection—is over 500 years old!

After World War II, Japan’s culture and ideas were made more accessible, and thus the art of bonsai became increasingly popular in the world. There are now over 1,200 books on bonsai in over 26 languages and 90 countries. That’s a lot of bonsai. It’s not hard to see why, though. Walking around a bonsai tree and taking a look at how carefully each pine needle or branch has been grown feels just like standing in awe and inspecting every speck of paint in a classic painting. Bonsai trees begin their lives from a source material, a plant that the grower aims to train into bonsai form. Seeds are rarely used because they would take far too much time, and so to keep it reasonable, creators usually propagate by cutting a piece from a tree they’d like to use. This also helps give bonsai trees their old and weathered appearance. From there, through the process of trimming, pruning, wiring and clamping branches, and grafting new material, artists shape their work.

What’s interesting about the art of bonsai in Japan is seeing how these trees symbolize many of Japan’s cultural characteristics. If you’re interested in Japanese culture, language, food, and festivals are amazing ways to see what Japan is all about; but these trees show the influence of Zen Buddhism and Wabi-sabi (侘寂).

Wabi-sabi is an interesting concept. My Japanese friends explain it as a sort of all-encompassing sense in Japanese art that emphasizes quiet simplicity and subdued refinement. It’s a very beautiful look into the Japanese mentality. Wabi-sabi is in pottery, art, tools, even conversation.

As the bonsai tree grows, trainers aim to foster a mature appearance all the while keeping the tree miniature, watching the proportions to mimic a fully grown tree, asymmetry—as bonsai aesthetics discourage symmetry, and a concerted effort to leave no trace of the artist. 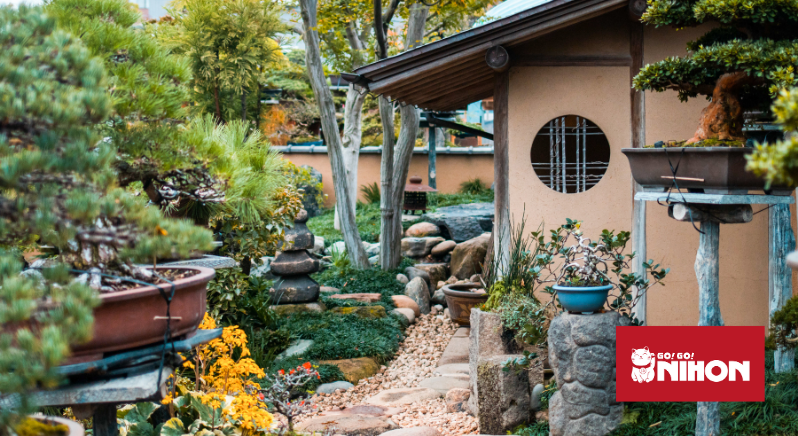 For those interested in having a look at these carefully crafted creations, take a tour through Japan’s first publicly run Omiya Bonsai Village in Saitama. There are currently five gardens, some running since the 1800s, and a museum as well. Tokyo has the Shunka-en Bonsai Garden, run by Bonsai Master Kunio Kobayashi.

Every year, Japan holds its premier Kokufu Bonsai Exhibition, where professionals present their most beautiful works for anyone to come and see. If that sounds a little intimidating, there is a bonsai festival in Omiya from May 3rd to May 5th. Come for a casual stroll and take in the sights and sounds of exhibitions and over 120 shops selling bonsai trees and goods.

Bonsai trees are a glimpse into a deep and vibrant side of Japan that goes way back, past the sphere of modern society. Wabi-sabi can be found in the trees, but also in Ikebana (flower arrangement), Origami, and Sadō (tea ceremony). For those interested in witnessing the art of bonsai in Japan, it really is a great way to gain a fuller understanding of Japanese society.

9691
Study Trips Accommodations Advertise with us