With the heart of anime and pop culture located in the Akihabara district, it should come as no surprise that you can find many real-life anime locations in Tokyo. These places are replicated in, or have inspired, the backdrops to many beloved anime shows and it’s a delight seeing them in person.

Let’s take a look at some popular locations that you can easily visit when you’re in Tokyo. 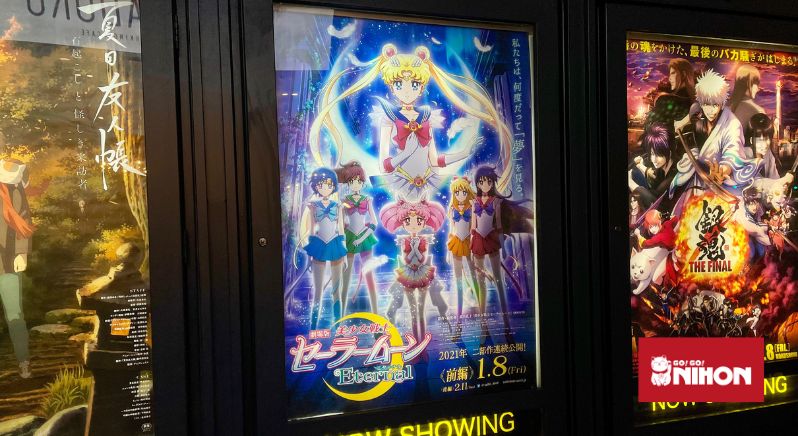 This famous and popular anime took a lot of inspiration from Tokyo to create its fictional Japanese city. Much of Usagi Tsukino (Tsukino Usagi 月野 うさぎ), or Sailor Moon’s, life takes place in the upscale neighborhood of Azabu Jūban 麻布十番, so it makes sense that one important real-life location is Azabu Hikawa Shrine (Azabu Hikawa Jinja 麻布氷川神社).

This shrine is the setting of Hikawa Shrine in the series, where Rei Hino (Hino Rei 火野 レイ), who is Sailor Mars, works as a Shintō shrine priestess. Looks-wise, the shrine in the show was actually inspired by another shrine, Hikawa Shrine (Hikawa Jinja 氷川神社) located in nearby Akasaka.

Another real-life Sailor Moon anime location in Tokyo is Azabu Juban Station and the areas around the station. Nearby is a statue that also features in the show – The Girl in the Red Shoes, or Kimi-chan. The girl was adopted by an American missionary couple, but was unable to leave Japan with them after contracting tuberculosis. She sadly died in an orphanage at the age of nine.

Close to Azabu Juban is the unmistakable Tokyo Tower, which frequently appears in the background of Sailor Moon.

With so much of this area inspiring the anime, there’s no doubt that walking around you would feel as if you had stepped right into the Sailor Moon universe. 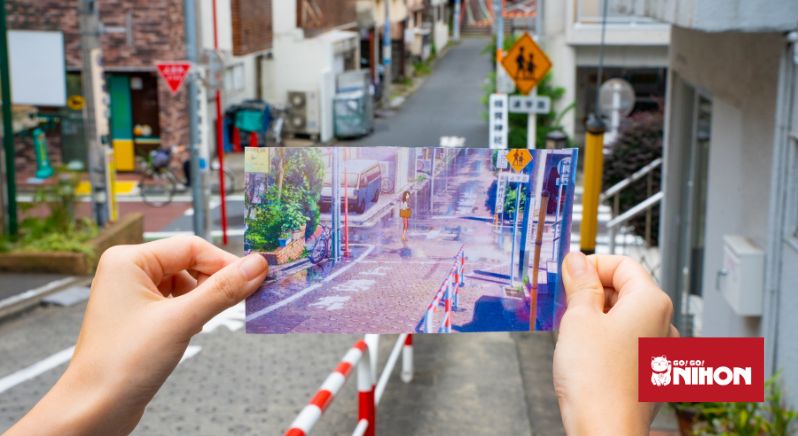 Yotsuya in Your Name

The popular 2016 romance fantasy captured hearts all over the world. You can retrace the steps of the main characters Mitsuha and Taki in the area of Yotsuya 四谷, where some of the movie’s most famous scenes took place.

Perhaps one of the most recognizable is Suga Shrine (Suga Jinja 須賀神社) and the steps leading up to it, which feature at the end of the movie. No spoilers here, but it’s a particularly poignant part of the film!

Other locations not located in Yotsuya include the NTT Docomo Yoyogi Building in Shinjuku 新宿, the Yunika Vision building near the east exit of Shinjuku Station, and inside Tokyo City View in Roppongi 六本木. 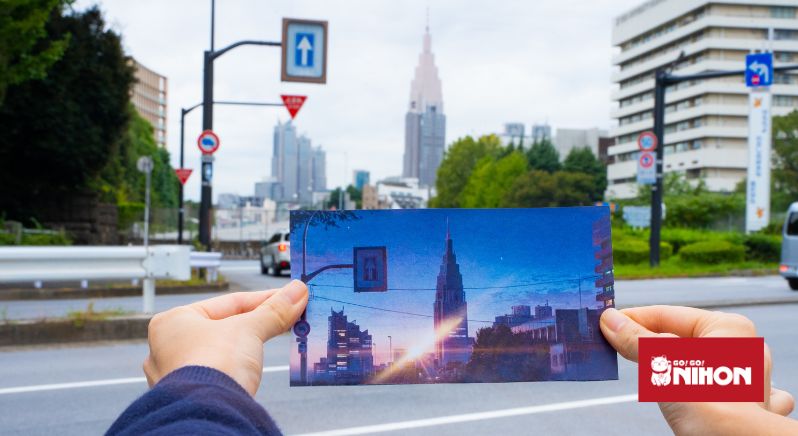 Shinjuku in Weathering with You

Weathering with You was another movie success for the director of Your Name and again, features many places found in, or inspired by, areas of Tokyo. A number of locations in the film can be found around Shinjuku, including the Mode Gakuen Cocoon Tower, and the Atami building in Kabukichō 歌舞伎町, a popular entertainment district.

A little farther away in the upscale area of Ginza 銀座 is what many Weathering with You fans believe inspired a red torii gate that sits on top of a building in the movie. The real shrine, Asahi Inari Shrine (Asahi Inari Jinja 朝日稲荷神社) is also atop a building, but it’s not the same one as in the film.

Tokyo City View’s observation deck makes an appearance in this film, as does Odaiba, Shibuya Crossing, and also the NTT Docomo Yoyogi Building.

This teenage school drama is set in the Chiyoda ward of Tokyo and one of the most well-known locations is Kanda Myōjin Shrine ​​(Kanda Myōjin 神田明神). In the show, it’s where one of the characters works as a shrine maiden, while the real-life shrine has a history of almost 1300 years.

Check out some of these locations in our Tiktok video:

There are plenty more places in Tokyo that inspired locations in anime shows and movies, and you can experience them all in person when you study in Japan.

Our team at Go! Go! Nihon can help you with all the paperwork you need for your student visa application, so get in touch to find out how you can get started on your live and study in Japan journey.

195
Study Trips Accommodations Advertise with us