A trip to a Japanese izakaya is a must if you’re visiting Japan and probably a regular part of your life if you move here. Even if you don’t drink it’s a great place to meet new people, share stories with old people and tuck into some tasty food whilst you relax. But what exactly is it?

We gave you a brief overview in our article on Hanbey but there’s a lot more too it. The Japanese izakaya is the equivalent of a British pub or an American bar but of course, the Japanese do things their own way. It’s unusual to just have a drink on its own in Japan and eating alongside drinking is definitely the smart way to go.

At any given izakaya there’ll be a range of drinks and a range of small cheap dishes that you can order as you go through the night. 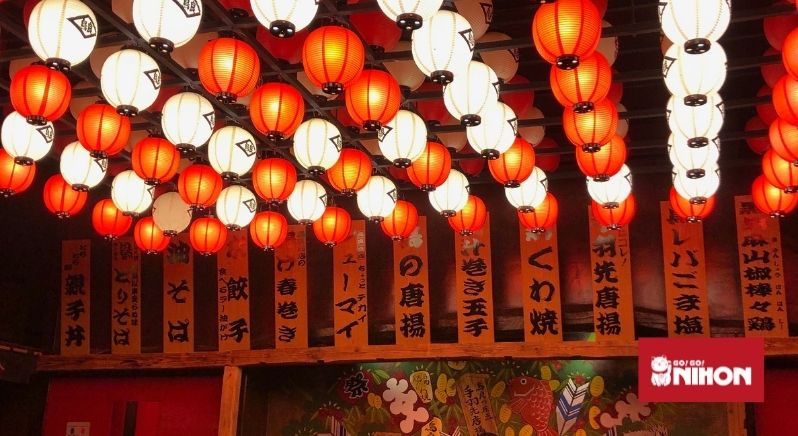 Finding your way around the menu

Izakayas have been part of Japanese culture for some time meaning there are a lot of traditional joints and more modern takes. Often one of the biggest differences will be the way the menu is presented. Older places will have everything listed on the walls, often on hanging wooden boards and the pricing will be in Japanese characters rather than roman numbers. More modern places will likely have printed picture menus and the most modern ones will have tablets on the table that you can order directly from without having to talk to anyone. If you want a more traditional experience then go to the older, smaller places but be sure to brush up on your menu reading skills otherwise you might end up with some odd dishes you didn’t really want to try.

That neatly brings us on the food at a Japanese izakaya. As we mentioned already, most of the dishes will be small, easily prepared dishes that can be eaten through the night. The Japanese are always keen to use all parts of the animal and this is more obvious at an izakaya. Yakitori is one of the main dishes available and this can include grilled sticks of every part of the chicken from skin to heart to gristle so if you’re not feeling too adventurous then do be careful. Here’s a handy list of yakitori to help you find your way around.

It’s not just yakitori on the menu though, there will be other types of kushiyaki with other meats but often grilled vegetables too, then there’s the edamame, tofu, kaarage, sashimi etc. There are a lot of options and it will vary from izakaya to izakaya.

For the more daring amongst you, some of the older venues will have some interesting items like insects and frogs legs, food generally known as getemono. Hanbey is a good place to try for these as in some of the bigger ones they have English menus on hand so you know what you’re in for.

Although it depends on the venue, the nature of the food at an izakaya means that most plates are cheap and will vary from around 60 yen to 300 yen. There are some venues that will have fixed pricing for every item on the menu (both food and drink) at around 300-350 yen. This is worth bearing in mind if you’re not sure if you’ll be eating and drinking much as, depending on the dishes, it might not balance out. Many izakayas will also have a seating charge at around 200-500 yen per person or a compulsory appetizer dish that you will be charged for. They’re also not always very upfront about these things so be alert and check if there is one before you settle on a place as you may still be charged if you change your mind after you’ve sat down. 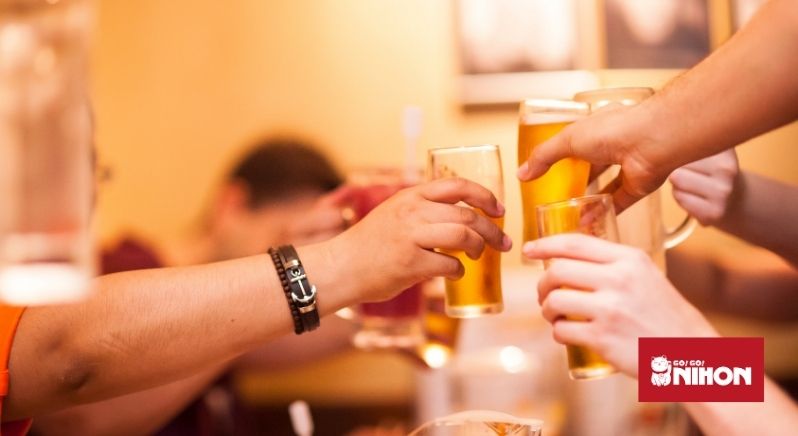 Making the most of it

The Japanese are nothing if not efficient and they’re known around the world for this. So, of course, there’s an eating and drinking approach that covers this too. With long hours in the office and the last train home at around midnight, you’ll want to make the most of your couple of hours of socialising and relaxing at the izakaya of your choice. The best way to do this is to try the tabehodai (食べ放題) and nomihodai (飲み放題) offers. These are the all-you-can-eat and all-you-can-drink options on the menu. You pay a fixed charge per person for around an 1 ½ to 2 hour period and can order as much as you like during that time. It’s definitely the best way to do things if there’s a large group of you.

There are often limitations on these offers. The menu items available within the offer might be a bit limited and the staff can often be a bit slower bringing items to the table, particularly drinks. If you don’t opt for tabehodai at the same time then there may be a requirement to order at least one food item per person on top of the drinks. There is also often the restriction that the whole group must take part in it. Normally this isn’t too bad even if one person is only drinking soft drinks as these can be just as pricey.

While there is a drinking culture in Japan, the Japanese overall drink less in an evening compared to Europeans or Americans, and this shows. In some izakaya, the staff may be caught unawares at the rate of ordering from an international group. Having said this though, the prices are normally good enough that you get your money’s worth quite quickly. With a normal drink priced at around 600-800 yen, if you’ve signed up for a nomihodai for two hours at around 2000 yen then it won’t take too long to balance out. Tabehodai is a bit more straightforward and often the only restrictions can be on the available dishes (it’s unlikely the ramen dish will be included for example).

The last thing to take note of though is the drinking age. In Japan, you aren’t allowed to drink if you’re under the age of 20, while this might be nothing new to Americans, Europeans should watch out as you might not be able to drink in Japan even if you can at home.

Now you understand how to make the most of the Japanese izakaya get out there and eat your way around the izakayas of Japan.

1782
Study Trips Accommodations Advertise with us