Let’s take a look at the history of geisha and the way they are today. 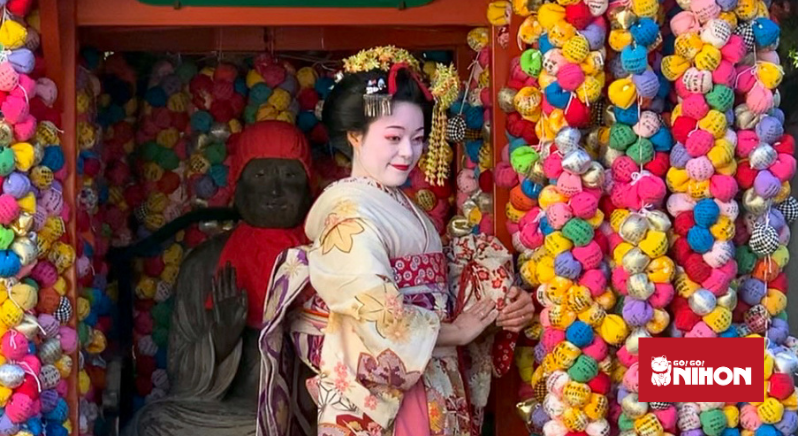 Geisha (芸者), also known as geiko (芸子) or geigi (芸妓), are Japanese female entertainers or hostesses in the traditional arts such as classical music, dance, games, and conversation. The word geisha literally could be translated as “artist,” with the kanji for “gei” (芸) meaning art and “sha”(者) meaning person, or person doing something.

Geisha is said to have roots in female entertainers such as the saburuko female entertainers in the 7th century and shirabyoshi dancers around the early 13th century. Some of the saburuko girls sold sexual services, while others entertained at high-class social gatherings.  Prostitution was not illegal in traditional Japan until around the 1900, and courtesans entertained men. In 1617 the shogunate designated “pleasure quarters,” outside of which prostitution would be illegal, and within which yuujo (遊女), or “play women” would be classified and licensed.

Soon female dancers, known in their younger years as odoriko (踊り子) or “dancing girls,” started to call themselves geisha and worked as entertainers rather than prostitutes. The geisha were forbidden to sell sex in order to protect the business of the oiran (花魁) or courtesans.

Geisha has been a predominantly female occupation since around 1800, and rose in popularity until World War II, when most women had to work in factories and other places in Japan. Around the same time, the term geisha lost some status due to prostitutes marketing themselves as “geisha girls” to American military men.

The term geisha is often used in Eastern Japan, whereas the term geiko is more prevalent in Western Japan, including Kyoto and Kanazawa. Maiko (舞子) are apprentice geisha, generally under age 21. Historically, geisha began training as early as 3, however, now in Tokyo apprentices typically start around 18 and in Kyoto, around 15.

Geisha in Japan used to begin their training at a young age, with some bonded to geisha houses, called okiya, as young children. The okiya supplies maiko with food, board, and dress to include kimono and obi. Maiko training is very expensive and their debt is repaid to the okiya with their earnings, even after they become full-fledged geisha.
Maiko training include formal arts training at schools, entertainment training at various tea houses and parties, and social skills training done on the streets.

Maiko wear white makeup on their face and nape, with bright and colorful kimono with red collars. The flashy dress is retired when they are promoted to full-fledged geisha, generally after three to five years in training. 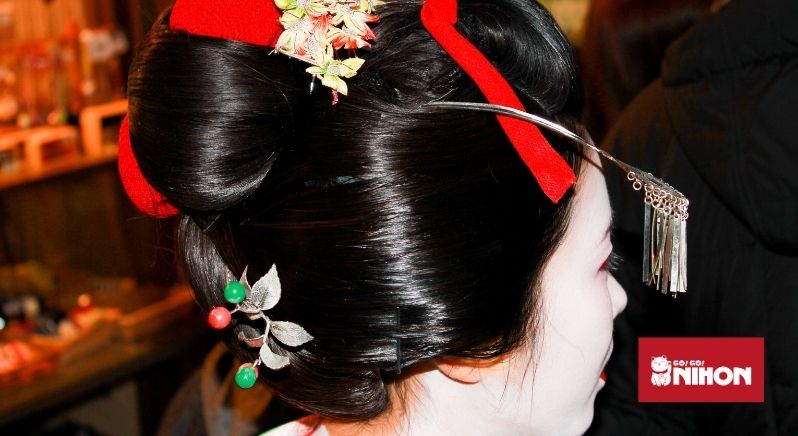 Kyoto is most strongly associated with the geisha arts, as well as some parts of Tokyo like Shimbashi, Asakusa and Kagurazaka. They may be seen within hanamachi or chayagai, however today there are only an estimated 1,000 to 2,000 geisha in Japan.

If you want to come and experience the wonders of Kyoto for yourself, whether for long term or short term, the first step is to contact us at Go! Go! Nihon. Why wait?

28519
Study Trips Accommodations Advertise with us