In the middle of a scorching heat wave and sweating from both the unbearable temperature and my overwhelmed nerves, I sat next to my supervisor and twiddled my thumbs as my suit stuck to me. It was my first time in Japan, the first time I’d met him, and I hardly spoke a lick of Japanese. We were on a three hour ferry that had departed from Kagoshima City headed towards Tanegashima, the island where I’d been assigned to teach English for what I thought might be a year, but soon decided would be four.

I fumbled through my Japanese self-introduction (自己紹介)—which I’d memorized by sound alone, because I couldn’t understand Japanese yet—and was met with a slew of Japanese and a familiar gesture. He tapped his nose as he talked, and I thought to myself, “Great! He means on the nose! My Japanese was correct!…Or is something wrong with his nose…?” He meant “me.” That’s all.

In Japan, tapping your nose is a gesture for “me.” In the US, we tend to tap our chests when we refer to ourselves, and this little difference made for a fun cultural bumble. What became of the next four years in Tanegashima changed my life in all of the best ways possible, but it didn’t come without some adjusting. As with any personal stories like this, every situation is different. We each see the world through our own unique eyes, but here are some of the experiences I had with culture shock in Japan and the thoughts that come with them.

The very first things I noticed

On my arrival into Tokyo Haneda airport, in my first time in Japan, I fast-walked to the nearest bathroom and stepped into a stall, surprised to find a warm toilet seat and what looked like a futuristic remote control next to my toilet. Everything was there at my control, from the power of the bidet, to the warmth of the seat, to a fake flushing noise button! Say goodbye to embarrassing bathroom noises! Japan has it covered. Just tap this button and ease your fears of being heard by neighbors.

I decided to ask other expat friends about their own culture shock in Japan. David was shocked about seeing mayonnaise on pizza, and even more so about learning to use a squat toilet. Josh thought full service gasoline stations had all but vanished in America, and was surprised to see them in abundance in Japan.

He also had to get used to sitting on the floor to eat, and the lack of big kitchens for his dinner preparations. Emily didn’t agree with the cars that were allowed to drive around shouting political messages over a loudspeaker, and Nick didn’t expect to eat raw chicken at an izakaya. 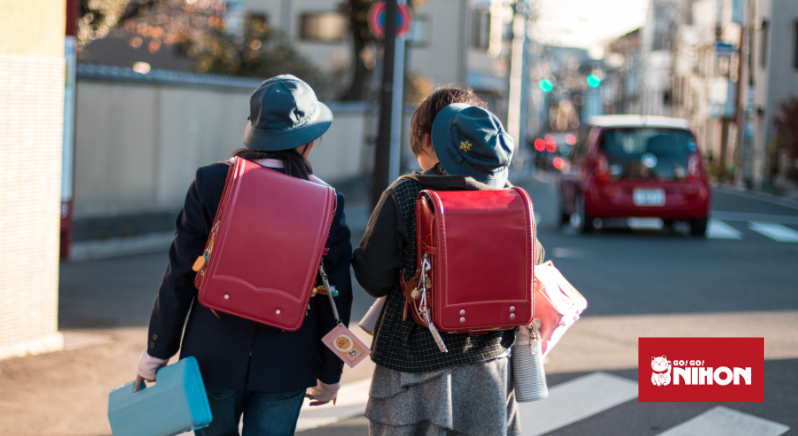 Another source of culture shock in Japan was school. From the moment kids enter school here, there is a lot more of an emphasis on morals, teamwork, and emotional growth in elementary and junior high school. I never experienced much of this in the American classroom as a child, and think it’s great for the kids.

Whereas America has a bigger emphasis on individualism, in Japan students learn early on how important it is to work together. Be it cleaning the classroom or dishing out school lunch, everything is done as a team. This translates into part of the Japanese philosophy on unity and harmony.

In and outside of school, I saw that physical contact between friends was a lot more common. It was the innocent sort between all and same genders, something I thought very nice. It’s a lot more regular here than I’m accustomed to back home. I think physical touch brings people closer together, and it’s endearing to see more of it. This is interesting, because when people enter adulthood in Japanese society, all of that physical touch seems to dissolve into proper space when bowing and distance when talking.

What to expect for your first time in Japan

As with traveling in general, it’s best not to expect anything at all. Keeping an open mind and throwing all pre-conceptions of what Japan is or should be will open so many new doors, some probably being a side of Japan you never knew even existed.

Its rich culture reflects in its peaceful shrines and complex honorific language. Its long history, closed off to the world at one point and now inviting of all to come and awe in its temples, is a great read for anyone curious about the evolution of this island nation. Get lost in a well preserved, historic town, sit by a steaming roadside ramen stand, and make your first steps in Japan wherever you want them to be. Want some help in making your way to Japan? Send an email to Go! Go! Nihon, and take your first step today!

8112
Study Trips Accommodations Advertise with us