Sometimes known as the “second city” of Japan, living in Osaka is very different from Tokyo. It’s often described as “gritty”, but Osaka is also a lot of fun and has arguably some of the best food in Japan. It’s so unique it even has its own dialect, Osaka-ben and with just a 1 hour train ride you can be in Kyoto, Kobe, or Nara.

We’ve put together a guide for living in Osaka to help you make the most out of your time there. 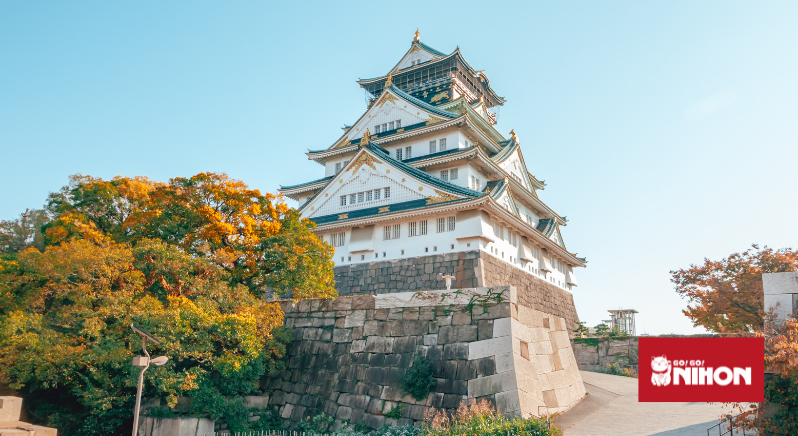 As mentioned earlier, Osaka is in the centre of Kyoto, Kobe, and Nara and has excellent connections to all of them. While Osaka is, of course, full of delights, each of those city has its own unique identity to explore too.

For those of you looking for a fun break from study, Universal Studios is one of the best places to go. One of the best things to do there is the Universal Cool Japan area that runs for an extended period each year, which includes rides themed along the lines of your favourite Japanese anime. We particularly recommend the Attack on Titan XR ride.

This aquarium is filled with beautiful creatures from the sea. Some of the most spectacular creatures on display are the two whale sharks, although we personally love the cute spotted garden eels.

This castle played an important role in the unification of Japan in the sixteenth century. A large portion of it is reconstructed due to various fires, attacks, and bombings over the years, but it is still a spectacular building and you will enjoy the museum inside the castle if you’re into history.

The castle is situated in a large park of more than 15 acres and it is a great place to go for a walk or a run while you’re living in Osaka.

Filled with cafes, second-hand shops, and fashion stores. This area is the Osaka equivalent of Harajuku but you might say it’s even better. It’s well worth a day in the area alone and so unique it’s better to visit it than read about it to truly experience the place.

Mount Koya is a mountain with over 100 temples. If you want a weekend trip away you can even stay in some of the temples for a fee and you’ll have a chance to join the morning prayers before eating a delicious vegan breakfast. 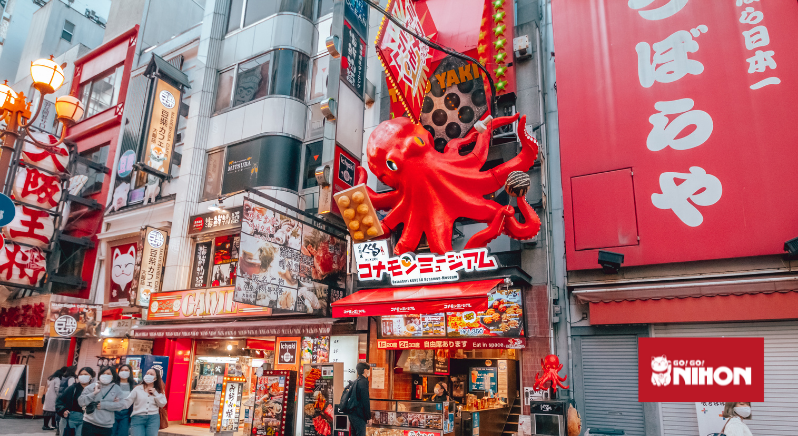 No list about Osaka would be complete without Dotonbori. It’s the first place you should visit when you get to Osaka. The canal is full of restaurants and street food stalls selling Osaka treats, including takoyaki, crab, and Osaka-style okonomiyaki. It’s also a big centre for nightlife in the city. You certainly won’t get bored or hungry here!

Situated in the Nishi Ward. This is an amazing little cafe that’s also a bike shop. The owners are lovely and very community-minded. They’re always keen to encourage talk among strangers, so it’s a great place to practise your language skills.

If you’ve not had a chance to try all the Osaka delicacies on Dotonbori then this is the best alternative to try Osaka style okonomiyaki. It’s one of the most popular places for the dish in Osaka though, so be sure to book ahead.

Not that far from Amerikamura, it’s a great place to stop for a break as you check out the local area. It offers a chilled atmosphere and a delicious selection of roasts from around the world. It’s also a good spot to study in if you want to get away from the library or your home for the day. 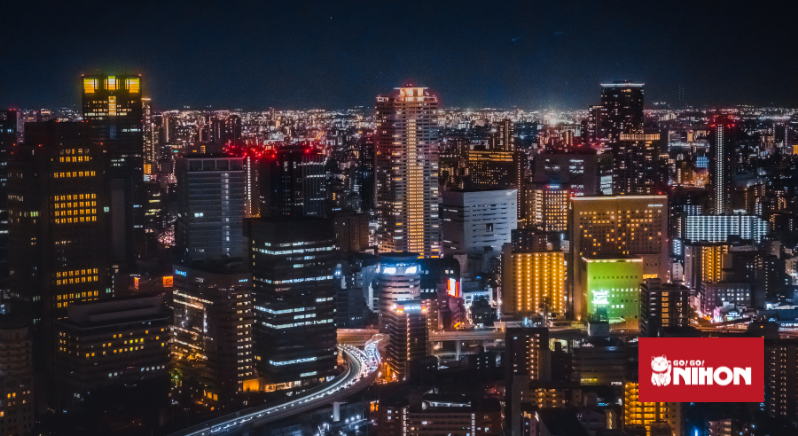 Why you’ll love living there!

Living in Osaka will give you a unique insight into Japan and the delights it has to offer. The laid back approach the locals have to life can really help you to ease into your own life as a student living in Osaka. While the local dialect might be a bit confusing at first, you’ll soon get used to it as you’ll have a lot more opportunities to socialise with locals and practise your Japanese in general.

The food is definitely another key reason to love living there. While the same could be said of most places in Japan, Osaka has so many unique dishes you can happily eat your way around the city trying something new each night.

The nightlife that goes along with this, whether in Dotonbori or in Namba or elsewhere, will keep you occupied in the evenings if you like going out.

The creative vibe in the city is something that has attracted artists, writers, and other creatives over the years and persists to this day. The street art scene is worth investigating and you can easily tour the city looking for the hidden works.

Finally, its central location means that it’s incredibly accessible from a lot of places. It has its own international airport and domestically, you can reach a versatile range of cities and countryside. You can really throw yourself into the different faces of Japan from Osaka, whether it’s travelling out of the city to the mountains or finding your spiritual side in nearby Kyoto.

With this guide you’ll now be able to keep yourself fed and entertained in your new life in Osaka.

Don’t forget to check out the other articles on our blog and learn more about what life is like in Japan!

Tags: living abroad, study in japan, things to do

5265
Study Trips Accommodations Advertise with us