It’s often described as “doing one’s best,” “persevering,” or even “toughing it out.” Not only is it a very common and useful word, I think it embodies a large part of Japanese culture and its seishinron (精神論), or the notion that determination or willpower can overcome adversity.

The word is made of two kanji gan- (頑,) which is used in terms of stubbornness or strength, and -haru (張る), which is to tighten or stick up. The term is related to gaman (我慢), or to endure the seemingly unbearable with patience and dignity, stemmed from Zen Buddhism. 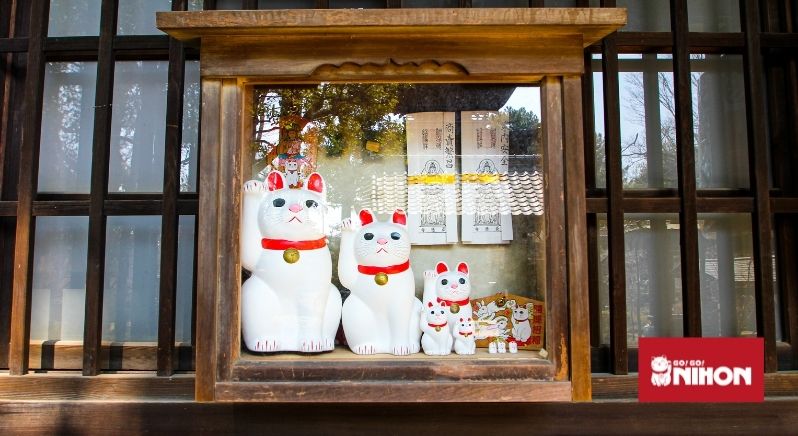 Sometimes at the beginning of a new job or before taking a test or playing in a sports game, people will say to each other “ganbatte(ne/kudasai)!” It could be in situations where it’s not necessary to tell them to work hard, but rather to wish them well, similar to saying, “good luck!”

Of course, the word doesn’t involve luck but effort, so it wouldn’t make sense to say “ganbatte” to someone who is hoping to win the lottery.

Another usage is when someone is going through a hard time. Your friend may be having a long week at work or stressed out over a big project. You could say, “ganbatte(ne/kudasai)” like “hang in there.”

You could be working out and your trainer might say “ganbatte” to encourage you to finish strong. If you’re leaving work earlier than your co-workers, you might tell them “ganbatte” in finishing up along with the standard otsukaresama (お疲れ様).

“Ganbarimasu!” would be an appropriate response to anyone telling you to ganbaru. You can also say this when you are tasked with something or starting on some work to express your willingness to work hard and give it your all. 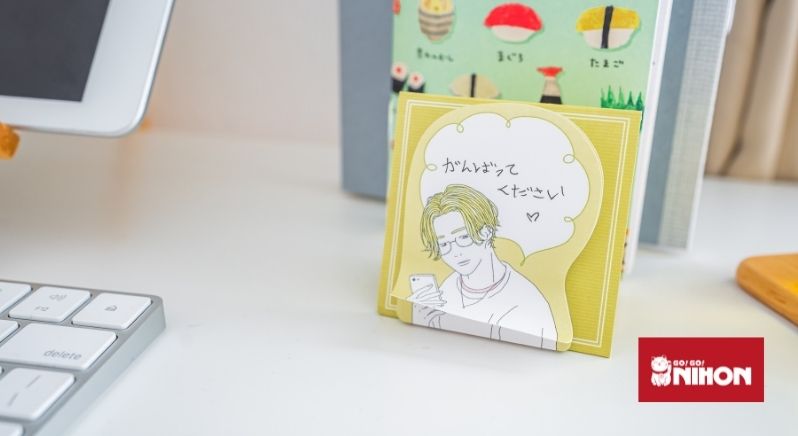 Ganbarō is inclusive of the person saying it, such as “let’s ganbaru together,” often used at sports games, projects and other activities requiring teamwork. It’s also often been used to encourage regions affected by natural disasters, illnesses and other devastations.

It may have started in 1995 after the Kobe earthquake, or the Great Hanshin earthquake, when the home baseball team Orix Buffaloes (then Orix BlueWave) started the “Ganbarou Kobe” campaign to encourage the region and to support restoration. After the 2011 Tohoku earthquake and tsunami all 12 teams of the Nippon Professional Baseball league used the phrase “Ganbarou! Nippon” for similar purposes. Ganbarō has been used with other northeast regional names to encourage individual prefectures or regions.

If used for children’s reports in school, it often means there is not enough effort, meaning “needs work.”

Ways to tell someone “ganbatte”

Although it’s a very common and useful word, some people can get annoyed hearing this. At times when I lived in Japan I have experienced occasions when it frustrated me to hear someone tell me to “ganbare.” For people already working hard at something but going through adversity, other people’s words of encouragement may sound as though you’re not doing enough, or that if you worked harder things will get better.

That may be why ganbatte is high on the list of things you should not say to a person suffering through depression. Often people will feel increased pressure from other people when they hear ganbatte, instead of being encouraged.

While it’s a very common and useful phrase, you might want to think twice about using it toward people going through very difficult times. Instead, you could offer help or lend an ear.

15526
Study Trips Accommodations Advertise with us