In Japan, the Western holiday of Valentine’s Day was popularized in the 1950’s. There’s also a follow-up holiday called White Day (ホワイトデー) on March 14, which was invented as a day for men to give gifts and show appreciation to the women who had given them gifts the month prior.

Read on to learn more about the types of gifts you can expect to give or receive on White Day, the holiday’s origins, as well as its current state in the midst of cultural and societal shifts in Japan.

First, it’s important to understand how Valentine’s Day gift-giving conventions in Japan differ from the West. On this day, it’s standard for women to give gifts and chocolate to their male friends, co-workers, family, and romantic interests. There is even a breakdown of how these types of gifts are called.

Tomo-choco (友チョコ ), a combination of the kanji for “friend” and choco is chocolate given to girlfriends. Giri-choco (義理チョコ) is “obligation chocolate” given to coworkers and acquaintances for formality. Finally honmei-choco (本命チョコ) or “true love chocolate” is much more serious and reserved for a romantic interest or partner. However, there are times when men will break convention and give chocolates to women on Valentine’s Day, and it’s called gyaku-choco (逆チョコ) or “reversed” chocolates.

Women also make their own treats. You can expect to see Valentine’s-themed molds and packaging around this time of year. However after years of practicing this tradition, before White Day came around, women started to question the fairness of this one-sided gift giving.

Origins of White Day in Japan

White Day is believed to have originated in the 1970s with a Fukuoka-based confectionery company, Ishimura Manseido. An executive had read a letter in a women’s magazine lamenting the fact that men receive chocolate from women on Valentine’s Day, but women are not returned the favor. “Why don’t they give us something? A handkerchief, candy, even marshmallows…” she wrote. In a company meeting, Ishimura asked women employees to choose a day for women to receive gifts, and they all agreed on March 14, one month after Valentine’s Day. Japan’s cultural practice of giving gifts to show thanks and appreciation also resonated with this market strategy.

The comment on marshmallows led Ishimura Manseido to coin “Marshmallow Day” and created a new sweet with marshmallow paste stuffed with chocolate for the occasion. They came up with the slogan “I would like to take the chocolate I received from you, and wrap it with my white heart.” Eventually, the name was changed to  “White Day” to be more open-ended while still referencing the fluffy marshmallow’s roots. By the 1980s, White Day was popularized all over Japan, and other countries in Asia also adopted this tradition. To this day, marshmallows are still popular gifts to give on White Day in Japan. 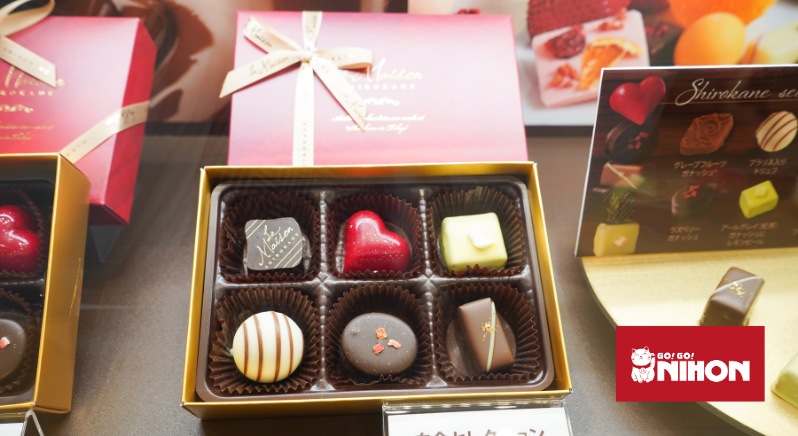 Types of gifts on White Day

Much like the different levels and meanings of gifts given on Valentine’s Day, White Day gifts are also categorized depending on who the recipient is. In the workplace, it’s customary for men to pitch in to get one box of chocolates for women staff. Between romantic partners, the gifts are much more grand. Gifts are expected to be three times the value of whatever the man had received prior. Traditionally, the gifts should also be white — white gold, silver, or platinum jewelry, white sweets, or white clothing and accessories. However, over time the expectation has been loosened. Gifts don’t necessarily have to be white, but women still expect them to be high quality. For those who you want to reject kindly, it is still a courtesy to at least return sweets worth approximately the same value.

How White Day has changed in Japan

Over the years, White Day has become less popular. There have been cultural shifts around gender norms, societal expectations, and even financial viability. First, the market success of the White Day depends on men whether men had received gifts the month prior. However in the past few years, Valentine’s spending has decreased, meaning White Day spending has also continued to fall. People have also described how Japan’s okaeshi gift giving culture can lead into a pricey cycle and pressure to maintain harmony among social relationships. Women in Japan have especially been challenging the tradition of gifting chocolates, and questioning the pressure of obligation chocolates. In a 2019 survey, 60% of women expressed that they prefer to buy chocolates as personal treats and for family members. 36% of women planned on keeping up the practice of giving chocolates to partners or crushes.

Whether you choose to partake or end up receiving gifts on White Day in Japan this year, the history around the holiday and its cultural implications are nevertheless fascinating.

To learn more about life and culture in Japan, keep up with the Go! Go! Nihon blog.

3844
Study Trips Accommodations Advertise with us