Everywhere you go in Japan you can find delicious ramen, fresh sushi and tasty katsudon. But did you know there is an entire world of cuisines in Japan?

There are more than a dozen different nationalities in the Go! Go! Nihon office in Tokyo, so take a look at what some of our staff have to say about Japanese food, their own country’s food and what they like to cook! 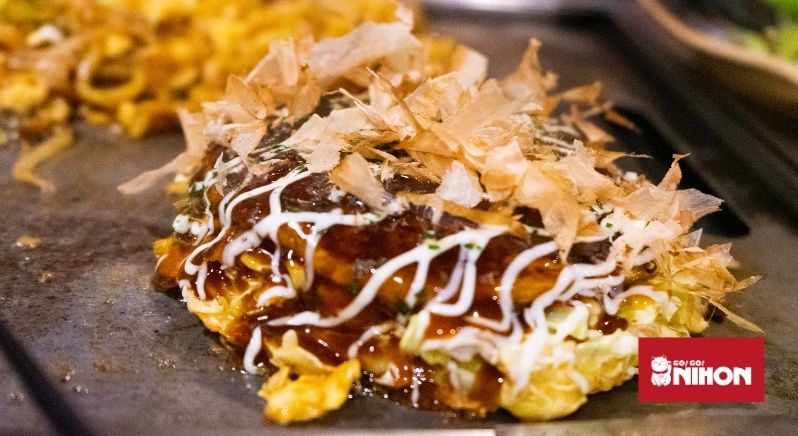 What is your favourite Japanese food in Japan?

My favourite Japanese food is okonomiyaki. Not only is it a delicious food with lots of different flavours, but making it yourself at the restaurant is a lot of fun. Whenever I have guests, I always take them to eat okonomiyaki.

Japanese BBQ. There’s a little shop called Sachi owned by an old couple in Tateishi, Katsushika ward and the meat is delicious.

I love making shougayaki, which is pork with ginger sauce and tamagoyaki (Japanese omelette).

This is more of an ingredient, but miso. It’s the essence of Japanese food! I like to cook curry and add toppings like boiled egg, chopped tomoatos, etc.

Nabe – I like how versatile the dish is. You can change what soup and ingredients you use to make a different type of nabe everytime you eat it.

I mostly cook Japanese food at home and I try to make something different as often as possible. I’m not sure that I have a favourite as such! I guess if I had to decide, I would go with オムライス (omuraisu) – omelette over rice.

I love DIY Restaurants like shabu shabu and yakiniku! I cook simple dishes like yakisoba, nikujaga and sukiyaki.

I love anything with noodles and soup – ramen, udon, soba – but only if it’s vegetarian or vegan.

I love making my own vegetarian ramen and vegetarian udon or soba noodle soup. It’s so easy and quick!

Too many options to choose from on the savory side, so I’ll go for sweet: Ichigo Daifuku.

Usually I don’t cook Japanese food from scratch (also because it’s easier and at times cheaper to eat out!), but I cook often my own udon bowl using pre-made udon and homemade “broth”, adding the toppings I like most (soft-boiled egg, bean sprouts, mushrooms, fried tofu).

If I have to choose just one it has to be sushi/sashimi. There are so many different fishes and flavors to try, it’s so fresh and you can find anything from cheap to really expensive sushi (and the cheap sushi is still somehow good).

Tempura donburi. The tempura’s flavor just fits perfectly with newly cooked Japanese rice! I’m not sure if you entirely cook zaru soba but that’s my favorite go to Japanese food and it’s so easy to make!

I used to cook Japanese curry or vegetable/meat mixes with soy sauce, mirin and sake. What I have most fun with are rectangle omelettes though! And I put all sorts of stuff in them: cheese, veggies, cut mini-sausages, herbs.

Taiwan Maze Soba. It’s called “Taiwan” because it’s similar to the preparation of a dish from Taiwan, but it’s actually a Japanese dish, from Nagoya. It’s like ramen, with minced meat, egg, onions, pepper and garlic, but without broth.

Sometimes I make yakiniku at home and hiyashi men (boiled noodles cooled down with ice, that you dip in a miso-style soup with different ingredients). My wife is the one that knows how to cook Japanese stuff.

My favourite Japanese food is Maguro-don! I cook yakisoba the most, as well as nabe in the winter since it’s so easy!

Takoyaki. I can cook teriyaki chicken but with help.

Agedashi-dofu. At home, I usually cook takikomi-gohan (chicken, mushroom and rice) because it’s easy and yummy!

Kanishabu. I don’t really like cooking Japanese food, but if I had to choose it would be Japanese curry. 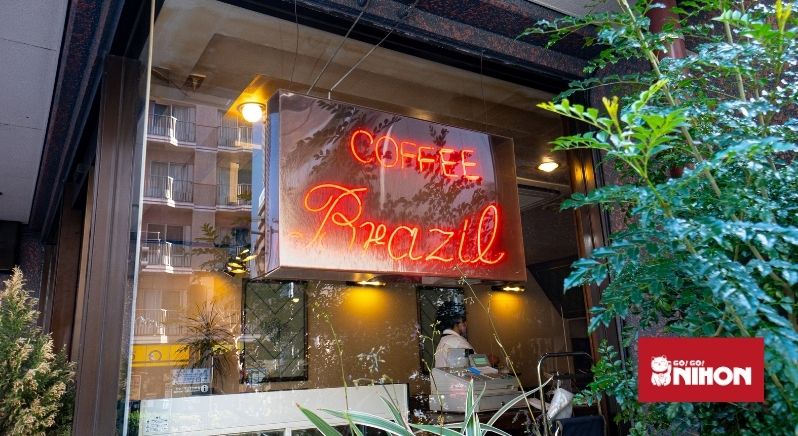 What restaurant from your home country would you recommend in Japan and do you cook your national food in Japan?

Tucano’s Churrascaria, in Shibuya: http://tucanos.jp/
The prices for the all-you-can-eat course are much cheaper during lunch, making it a great option for students.

I buy all my Brazilian ingredients in Gotanda. There are several markets full of South American food next to the Brazilian embassy. It’s a great place to buy beans, coconut, cheese, sweets and even feijoada or pão de queijo.

There are no Venezuelan places so Colombian is the closest – Punto Punta – and it is a lovely place to go to! I recommend calling beforehand and tell what you want so they can have it fresh!

I make arepas which is the national food of Venezuela once in a while and I have to order the ingredients via Amazon.

Sometimes I cook Spanish omelette, since the ingredients are just eggs and potatoes it’s pretty easy to make!

I don’t know of any British restaurants but as far as I’m concerned there are lots of British style pubs that offer meals. And I have to say that the fish and chips have often been better quality than the times I’ve eaten it in the UK!

I have cooked a few things since being in Japan, however the ingredients are not always readily available. I’ve made chicken and mushroom pie, which was a hit with my housemates! Although, I had some minor problems trying to find puff pastry (I didn’t fancy making it from scratch). I just had to go to a slightly more ‘up-market’ supermarket like Kinokuniya.

There are only a small handful of New Zealand restaurants here and I haven’t been to any of them, but there are a couple of places you can go to find excellent New Zealand coffee:

Mojo Cafe – they have cafes in Harajuku, Kagurazaka and Waseda: https://mojocoffee.jp/

Coffee Supreme in Yoyogi (a New Zealand-inspired restaurant is located upstairs in the same building): https://www.coffeesupreme.com/tokyo

Most Kiwi food revolves around meat (we’re famous for our lamb and beef especially!) but I don’t eat it so I tend to just stick to cooking Japanese or Chinese food (I’m ethnically Chinese). A lot of supermarkets here have basic ingredients for Chinese food already, particularly in Okubo and Ikebukuro.

I cook Italian food all the time at home! I buy most ingredients at Kaldi Coffee shop, plus some additional ones I found at the “depachika” under Shibuya station.

There are no Australian restaurants in Japan. It depends what you really call my national food. I usually shop in normal supermarkets, or the international one near Roppongi.

I have heard there are two Swedish restaurants in Tokyo but I have not been and have no interest in going to be honest.

The thing I crave the most from Sweden is breakfast. You can find quite a lot of ingredients on Amazon that you cannot find in normal supermarkets and sometimes for better prices.

New Nanays Roppongi – https://www.facebook.com/new.nanays/
They have a lunch buffet too!!

For seasoning, I usually go to Asian stores in Shinjuku as they have Filipino ingredients available. For vegetables and meat, your local supermarket will do.

Especially desserts such as Catalan creme (similar to crème brûlée) are simple things. I mix Japanese supermarket ingredients or get them from friends/family that are visiting. If I really have to buy some special ingredient I usually check Kaldi.

I have a bunch of places I like to go regularly, but these ones are probably the ones where I had the better experiences:
Trattoria dei Paesani – https://tabelog.com/en/tokyo/A1305/A130503/13172879/

True Italian restaurant in Nishi-Waseda, the owners and chef are from Abruzzo. Never had a better pasta in Japan. Feels like being in a genuine trattoria in a small town in Italy.
https://www.facebook.com/trattoria.dai.paesani/
Bis Tris – http://bistris-aoyama.com/

I usually can find good ingredients to cook Italian food at Queen’s Isetan, Kaldi and Niku No Hanamasa. Unfortunately good quality imported ingredients are more expensive than the regular, local ones.

I cooked one time fondue, which is with cheese, but i cooked with basic ingredients that I found in the supermarket close to home.

I usually make salad (even if the vegetable is pretty expensive in Tokyo) but you can find basic ingredient in the local supermarket. I also cook Croque-Monsieur (toasted cheese-ham sandwich with fried slices of bread). An oven is not common in Japan so I use a fry pan.

And what about you? What’s your favourite Japanese food?

2724
Study Trips Accommodations Advertise with us