The Japan Rugby World Cup 2019 is just around the corner so let’s make sure you’re prepared for your trip. Running from September 20th to November 2nd, Japan will be hosting 20 nations in this year’s world cup. This is the 9th Rugby World Cup and did you know that it’s the first time an Asian country has hosted the Cup? Wanna get your tickets? There are still some available on general sale on the official site.

With just under 50 matches across the course of the World Cup, the matches kick off with Japan vs. Russia at Tokyo Stadium.

Each of the host cities have their own unique identity and we love them all. Why not read up on each of the cities to find out what to do in each spot as you travel for the matches. 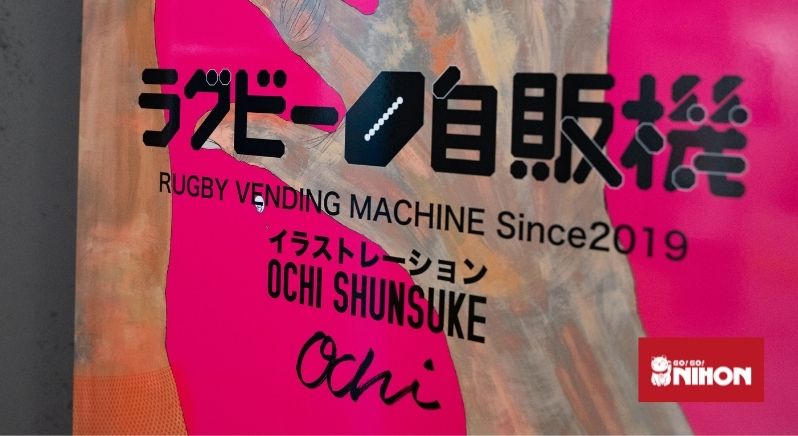 Making the most of your trip

Even if you’ve only come over for the rugby, why not make the most of your visit. With the venues spread across the country, why not use it as a chance to see the country outside of Tokyo too? Our suggestion to make the most of your time would be to get yourself a JR pass for the Shinkansen. Not only is it a great way to see the country, but it’s also a cool experience given that you get to take a trip this amazing piece of Japanese engineering.

Perhaps, if you’re in Japan studying, then you’ve taken a break from your studies to enjoy the rugby and you want to make the most of your time off. Well, why not get out of the cities and explore the rest of the country!

While you’re traveling around the country, as well as exploring the cities, we recommend making trips out into the countryside if possible and we think you should try some of the favourite past times in Japan too. This includes taking a trip to an onsen, eating as many of the local delicacies as possible and dressing up in a yukata for a tea ceremony.

If you’re new to Japan then there are a few tips to get you started:

Learn some basic phrases – Japan is all about hospitality and everyone will do their best to make you feel welcome. However, it doesn’t hurt to be polite too and a few phrases to help you get by will warm you to your hosts.

Bring cash – A lot of smaller establishments don’t take credit cards so make sure you can get money out on your card and don’t rely on it too much.

Don’t tip – Often a difficult one for visitors as many of us are used to tipping in our home countries but it is not common in Japan.

Check the weather – As temperatures changes from summer to autumn during the course of the Rugby World Cup 2019 and with a range of venues spread across the country, be sure to pack for a range of weathers.

Be alert – As with many countries Japan has its fair share of large natural events. With a large population happily living through these things it’s nothing to be worried about. However, people don’t worry because they’re prepared. Simply reading up on the Rugby World Cup site and making a note of any emergency numbers is worthwhile.

Now that you’re all ready for the Japan Rugby World Cup 2019. Which match will you be at?

If you like to read more about life Japanese culture, make sure to follow our blog where we cover everything you need to know about Japan!

Tags: things to do, travel

1258
Study Trips Accommodations Advertise with us